"There is a good road map in place for vaccines," Formenty said, adding that while adverse factors are being follow up on, "there are hopes to have something ready by the beginning of December." 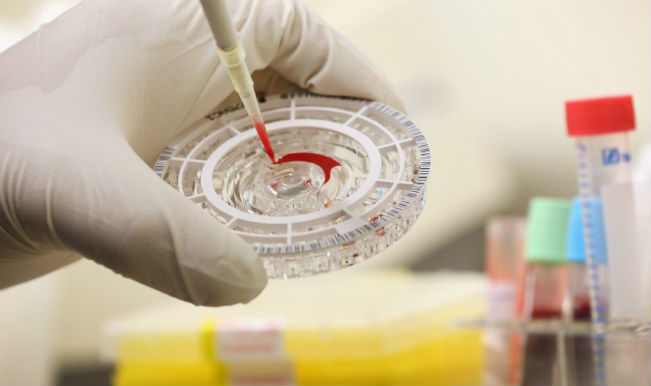 United Nations, Sep 20 : A United Nations-led team is headed to Liberia to assess the response to the Ebola virus, while a senior UN health official said a vaccine could be ready by the end of this year. The 15-person UN Disaster Assessment and Coordination (UNDAC) team comprises experts from the UN Office for the Coordination of Humanitarian Affairs (OCHA),?European Union and the Liberian Government. “It is the first time that an UNDAC team had been deployed to deal with a disease outbreak,” said OCHA spokesperson Angelita Mendy. “Such teams are normally deployed in cases of natural disasters.” Also Read - Unexplained Mystery: Thousands of Migratory Birds Found Dead in New Mexico, Scientists Baffled

In an emergency meeting yesterday, the Security Council declared the outbreak a threat to peace and security and Secretary-General Ban Ki-moon announced the?establishment of the UN Mission for Ebola Emergency Response (UNMEER) to stop the outbreak, treat the infected, ensure essential services, preserve stability and?prevent further outbreaks. Ban said the mission will provide the operational framework and unity of purpose to ensure the rapid, effective and coherent action necessary to stop the outbreak, to treat the infected, to ensure essential services, to preserve stability and to prevent the spread to countries currently unaffected. Also Read - Amid China Snooping, US Govt Charges 5 Chinese Nationals Over Mega Hacking Scheme; Indian Govt Targetted

The UN chief has issued instructions that UNMEER advance teams deploy to the mission headquarters in Ghana and to Guinea, Liberia and Sierra Leone by September 22. The UN General Assembly also unanimously adopted a resolution that would be fully supportive of ongoing efforts to tackle the public health crisis and to send “strong message of unity and solidarity with the peoples of the affected countries.” The UN this week outlined a set of critical needs totalling almost USD one billion over the next six months.

Several vaccine trials are now starting in Germany, Switzerland and the United States. Liberia along with Guinea and Sierra Leone are the countries that have been hardest hit by the outbreak if the Ebola virus disease. World Health Organization’s Pierre Formenty said the disease would not be controlled without the full cooperation of the people. “The first priority is to put people infected with Ebola under care,” he said.
More than 2,500 people have died across West Africa, with more than half the fatalities recorded in Liberia, according to official figures.

“There is a good road map in place for vaccines,” Formenty said, adding that while adverse factors are being follow up on, “there are hopes to have something ready by the beginning of December.” The UN agency is working on increased the number of testing sites, with plans to have rapid testing spots outside of big Ebola treatment centres to quickly establish whether or not the patient has the virus.