In a jolt to President Barack Obama, his Secretary of Defence Chuck Hagel is said to be stepping down today, a senior administration official said. 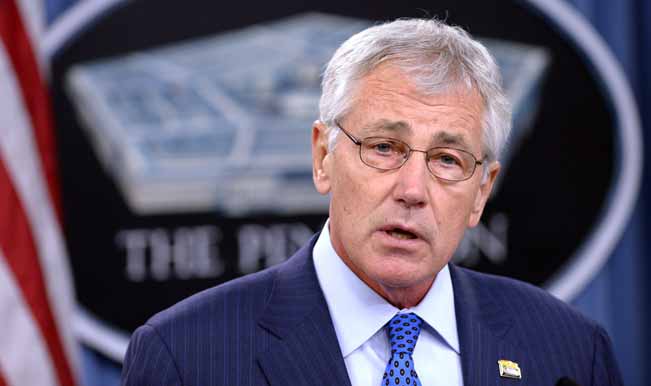 Washington, Nov 24: In a jolt to President Barack Obama, his Secretary of Defence Chuck Hagel is said to be stepping down today, a senior administration official said. 68-year-old Hagel’s resignation would be the first cabinet-level casualty, coming close on the heels of Democratic Party loosing majority in the US Senate and the Obama administration’s struggles in dealing with the Islamic State (IS). The President is expected to announce Hagel’s exit at his Rose Garden appearance later in the day. Also Read - Amid India-China Standoff, Army Buys High-Altitude Warfare Gears From US on 'Urgent Basis': Report

“In October, Secretary Hagel began speaking with the president about departing the administration … Those conversations have been ongoing for several weeks,” an administration official said. A Republican and Vietnam war veteran who was critical of the Iraq war, Hagel came to the Pentagon to manage the Afghanistan drawdown and the shrinking Pentagon budget in the era of budget sequestration. “A successor will be named in short order, but Secretary Hagel will remain as Defence Secretary until his replacement is confirmed by the United States Senate,” the official said. Also Read - Woman Goes into Labour While Taking Law Exam, Gives Birth to a Son & Finishes The Test!

So far, The White House is tight-lipped about Hagel’s eventual replacement, but The New York Times — which broke the news — is citing three probable candidates. Former under-secretary of defence Michele Flournoy is said to be in the reckoning, along with Senator Jack Reed of Rhode Island — a former army officer — and former deputy secretary of defence Ashton Carter. Hagel took over from another Republican Robert M Gates in 2013, who wrote a memoir of his years in the Obama Administration in which he sharply criticised the president.