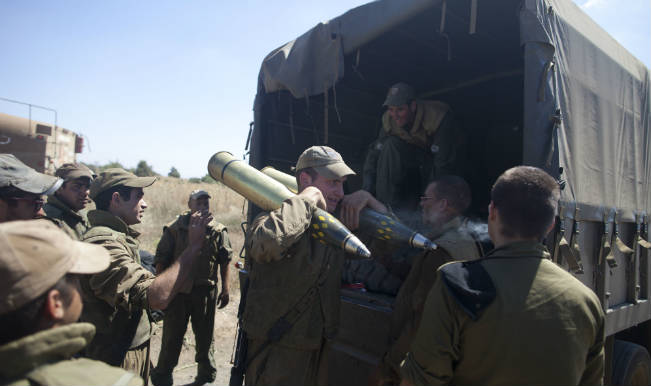 United Nations, Sep 25: The United States has bombed Islamic State-controlled oil refineries in Syria as President Barack Obama recruited more allies to fight the jihadist “network of death.” US, Saudi and Emirati warplanes broadened their bombardment to target the oil installations in eastern Syria that have helped fund the jihadist group’s brutal rise from rebel faction to alleged global threat. The strikes came as Obama urged leaders gathered at the UN General Assembly to join his coalition and convinced the Security Council to back a resolution to stem the flow of foreign fighters. Also Read - Amid China Snooping, US Govt Charges 5 Chinese Nationals Over Mega Hacking Scheme; Indian Govt Targetted

Belgium and the Netherlands committed warplanes to Iraq and Britain said its parliament would vote on Friday on following suit. “The United States of America will work with a broad coalition to dismantle this network of death,” Obama told the UN about the Islamic State group, which has grabbed vast areas of Iraq and Syria. “Today I ask the world to join in this effort.” Meanwhile, an IS-linked group in Algeria which had demanded France halt its participation in the strikes posted video footage of the execution of an abducted Frenchman. Also Read - US Revokes Visa For Over 1,000 Chinese Students, Researchers Citing Security, Military Links

“We will use our military might in a campaign of air strikes to roll back ISIL,” Obama declared, using the acronym for the former Islamic State of Iraq and the Levant, since renamed the Islamic State. Overnight Tuesday to yesterday, US air raids targeted IS fighters threatening the Kurdish regional capital in Iraq and damaged eight militant vehicles operating in eastern Syria near the Iraqi border. Then as night fell again yesterday, Arab jets joined the US-led bombardment again — as they had on Monday — as the target list was expanded to include economic assets.

The latest round of air raids focused on 12 targets in eastern Syria, where the IS extremists control small-scale oil refineries. Alongside US aviation and cruise missiles, Saudi Arabia, Bahrain, the United Arab Emirates and Jordan have hit targets in Syria and France in Iraq. Qatar is providing logistical support. At the United Nations, Obama and French President Francois Hollande led international condemnation of the murder of the French hiker, 55-year-old Herve Gourdel, by the IS-linked Jund al-Khilifa.