US military may extend anti-Ebola mission in West Africa 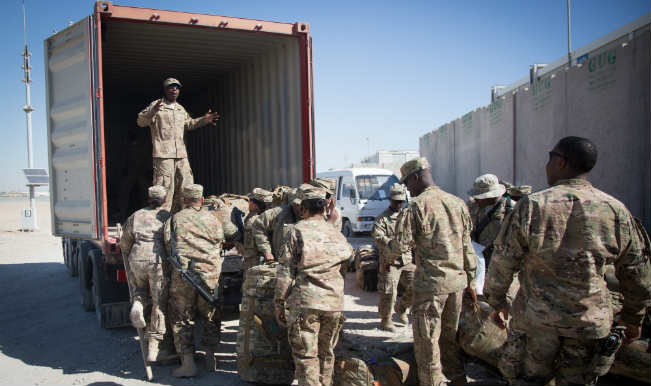 Washington, Nov 21:The US military may extend its mission to combat the spread of Ebola in West Africa beyond six months, if there was a surge of new cases. “We have to be prepared for this to go longer than six months,” Pentagon official John Kirby said, Thursday, according to a Xinhua report. He said that in spite of a reported drop in new cases in Liberia, the country hardest hit by Ebola, it was too soon to determine whether this trend will hold. Also Read - 37-Year-Old Yoga Enthusiast From US Raped Several Times by Local Resident in Rishikesh

More than 2,500 US military personnel are in West Africa as part of “Operation United Assistance”, helping battle the Ebola outbreak by providing logistical support and training for health care workers, as well as testing fluid samples and building emergency treatment units. According to the World Health Organisation (WHO), Ebola has killed more than 5,400 people in Liberia, Sierra Leone and Guinea since March. Ebola is a disease caused by the Ebola virus. Symptoms of the disease typically start between two days and three weeks after contracting the virus. Also Read - Trump Calls His COVID-19 Infection 'Blessing From God', Says China Will Pay 'Big Price' For Pandemic

In the beginning, the symptoms may range from fever, sore throat, muscle pain, and headache. Then, vomiting and diarrhea usually follow, along with decreased function of the liver and kidneys. Some of those affected may also begin to bleed both internally and externally.