US warplanes Sunday destroyed 10 armed vehicles of Islamic militants in their continued air raids near the Mosul Dam in northern Iraq. 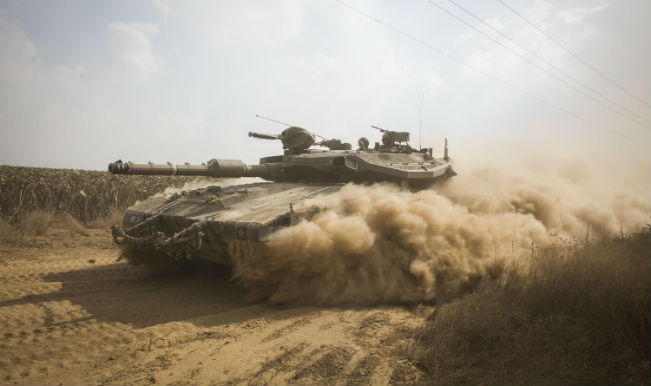 Washington, Aug 18: US warplanes Sunday destroyed 10 armed vehicles of Islamic militants in their continued air raids near the Mosul Dam in northern Iraq, Xinhua reported. The Central Command said a mix of fighter, bomber, attack and remotely piloted aircraft were used to conduct 14 air strikes aimed at supporting humanitarian efforts, protecting critical infrastructure, US personnel and facilities, as well as backing up Iraqi and Kurdish forces fighting militants from the Islamic State of Iraq and the Levant (ISIL) (now known as Islamic State). Also Read - Supportive Husband to a Powerful Woman: Barack Obama Recalls His First Meeting With Prince Philip

ISIL‘s 10 armed vehicles, seven Humvees, two armoured personnel carriers and one checkpoint were damaged or destroyed in the attacks, the Central Command said in a statement, noting nine strikes were carried out Saturday. President Barack Obama Sunday notified U.S. Congress that he authorized the targeted strikes near Mosul Dam on Thursday to support Iraqi forces in their effort to recapture the dam, Iraq’s largest. Also Read - Barack Obama Reveals He Once Broke a Schoolmate’s Nose For Using Racial Slur

“The failure of the Mosul Dam could threaten the lives of large numbers of civilians, endanger US personnel and facilities, including the US embassy in Baghdad, and prevent the Iraqi government from providing critical services to the Iraqi populace, ” he said in a letter to congressional leaders. Obama said the operations that started Friday would be “limited in their scope and duration”. The US president first authorised limited air strikes on ISIL targets Aug.7, as the group seized more cities and towns in its advance on Erbil, capital of Iraq’s autonomous Kurdish region, and trapped many civilians including the minority Yazidis on Mount Sinjar.