New Delhi: A United Airlines flight on Saturday was forced to make an emergency landing at Denver International Airport after it burst into flames, leading to an engine failure. Speaking to a portal,

New Delhi: A United Airlines flight on Saturday was forced to make an emergency landing at Denver International Airport after it burst into flames, leading to an engine failure. Speaking to a portal, the airport spokesperson informed that the Honolulu bound United Flight 328 with 231 passengers and 10 crew members on board returned to the airport around 1:30 p.m. after suffering an engine issue.Also Read - Do 5G Telecom Roll Outs Pose Threat To Airline Safety? An Explainer

The Federal Aviation Administration (FAA) in a statement asserted that the Boeing 777-200 safely landed at the airport after “experiencing a right-engine failure shortly after takeoff.” “The FAA is aware of reports of debris in the vicinity of the airplane’s flight path,” the statement said. Also Read - China Forcing to Cancel Some Flights, Say US Airlines

“Flight UA328 from Denver to Honolulu experienced an engine failure shortly after departure, returned safely to Denver and was met by emergency crews as a precaution. There are no reported injuries onboard. We are in contact with the FAA, NTSB and local law enforcement”, tweeted the airline. Also Read - International Flights: United Airlines To Start Daily Flight Services From Bengaluru To San Francisco | Check Details Here

A video shot from inside the plane showed an engine on fire. Watch it here:

JUST IN: Denver International Airport officials tell us United Airlines Flight 328 bound for Honolulu returned to the airport and made an emergency landing after the engine of the 747 aircraft started catching on fire, all passengers are safe! #united #engine #airlines pic.twitter.com/xYlVSG7vXE

Speaking to the Denver Post, one of the passengers said, “I can honestly say I thought we were going to die at one point — because we started dropping altitude right after the explosion.”

Meanwhile, the Broomfield Police Department took to Twitter and shared photos of some of the scattered pieces and asked people to not touch or move any debris.

The images showed large pieces of the plane scattered on the ground. Take a look: 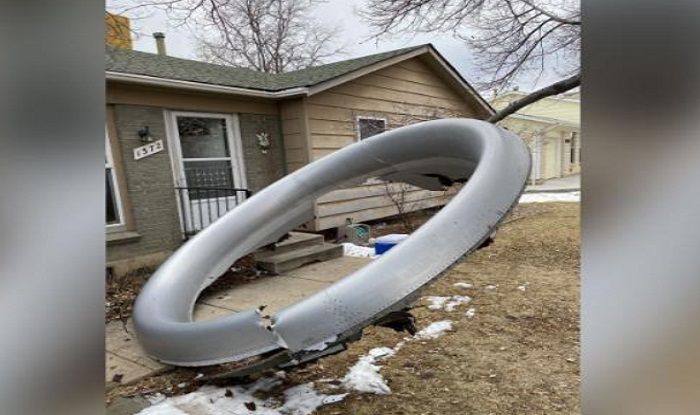 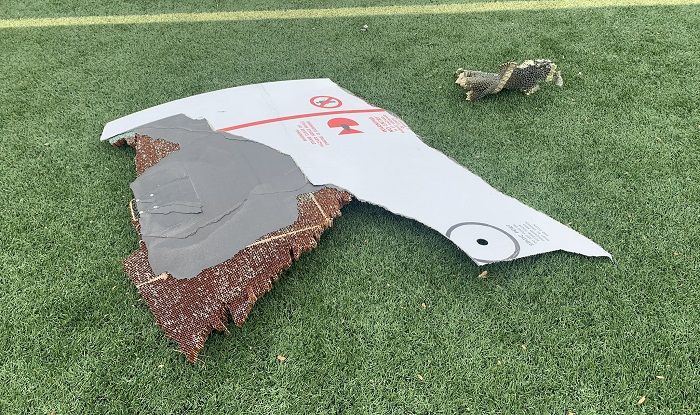 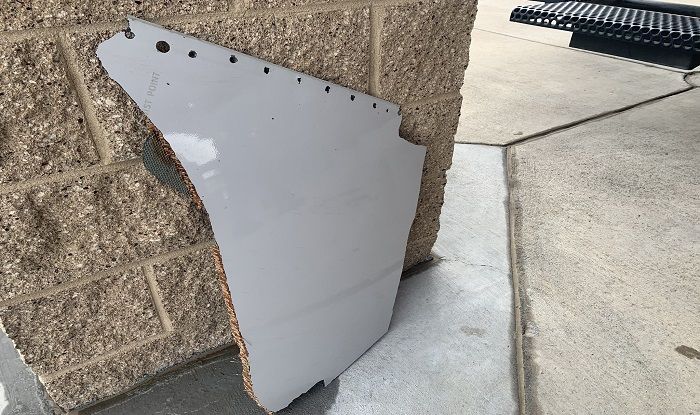 “If you find debris PLEASE don’t touch it or move it. The NTSB  (National Transportation Safety Board ) wants all debris to remain in place for investigation. Thank you”, it tweeted, adding that NTSB  is sending a team to take over the investigation.

Another photo of debris from a home off Elmwood in @broomfield. pic.twitter.com/VXEHEMpeDD

Later, a weather alert was also issued in the city urging people to exercise caution on roads. Many believe the bad weather conditions may also have added to the unstable condition of the faulty engine of the United Airlines flight.

As of now, no casualties have been reported.