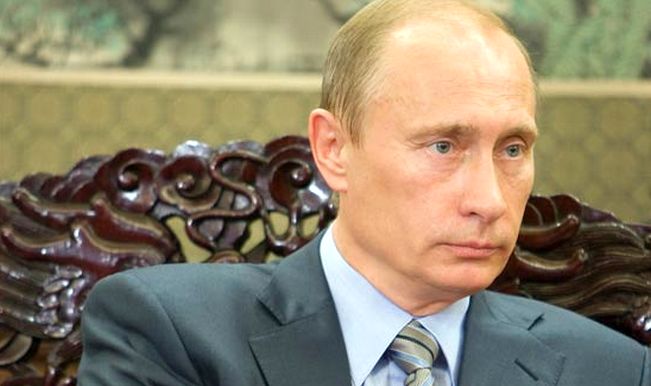 “Today there is fighting in eastern Ukraine,” the Russian president said. “The Ukrainian central authorities have sent the armed forces there and they even use ballistic missiles.” “Does anybody speak about it? Not a single word. And what does it mean? What does it tell us? This points to the fact, that you want the Ukrainian central authorities to annihilate everyone there, all of their political foes and opponents. Is that what you want? We certainly don’t. And we won’t let it happen,” Putin said. Also Read - Russian President Vladimir Putin Says He’s Not Ready To Recognise Joe Biden As US President

Asked to comment on allegations that Russia had been supplying the militia in eastern Ukraine with weapons and military servicemen, Putin said that those fighting for the “righteous” cause always find weapons.

“Where did they get the armoured vehicles and the artillery systems? Nowadays people who wage a fight and consider it righteous will always get weapons,” he said. “But I would like to stress that this is not the issue,” Putin said. “The issue is that we can’t have a one-sided view of the problem.”

The parties to the Ukrainian conflict agreed on a ceasefire at talks mediated by the Organisation for Security and Cooperation in Europe (OSCE) Sep 5 in Belarusian capital Minsk. The ceasefire took effect the same day but has reportedly occasionally been violated.