EXPLAINED: Where Does the Taliban Get its Money From and How Wealthy is it?

The Taliban group has a $2.3 billion fund for its fight in Afghanistan, with millions coming in from the opium and heroin trade, drugs, donations, extortion, illegal mining, and real estate. Annually, the Taliban has earnings of over $1.5 billion.

New Delhi: Once again after 20 years of violent conflict, Afghanistan is now in the grip of the Taliban, and on Sunday (August 15) a spokesman for the Taliban’s political office declared that the war was over and called for peaceful relations with the international community. As thousands tried to desperately leave the capital city of Kabul and Afghan resident Ashraf Ghani swiftly abandoned the presidential palace and fled, the insurgents declared the country as an “Islamic Emirate”. The Taliban took over the country even before the United States had formally withdrawn from the scene.Also Read - Taliban Hang Bodies Of 4 Kidnappers From Cranes After Killing Them in Herat

And days after the takeover, the International Monetary Fund (IMF) has announced to block Afghanistan’s access to the emergency reserve worth USD 460 million as the Taliban’s control over the country has drawn uncertainty for the country’s future. The decision was taken amid mounting pressure by the international community, including the U.S. Treasury Department. Also Read - Some Countries Use Terrorism as Political Tool: PM Modi Takes Dig at Pakistan in His UNGA Address

As we speak of funds, a certain curiosity about how the Taliban earns its money and keeps filling its coffers has become yet another topic of discussion now. Because, even after two decades of US and Nato military presence in Afghanistan, the Taliban hasn’t weakened at all, let alone wiping them off. And, if anything has happened, is that the insurgents’ group has returned richer and more powerful compared to the time when their fundamentalist Islamic regime was toppled by US forces in 2001. Also Read - PM Modi Gets A Warm Welcome From Joe Biden At The White House, Video Wins Heart | Watch 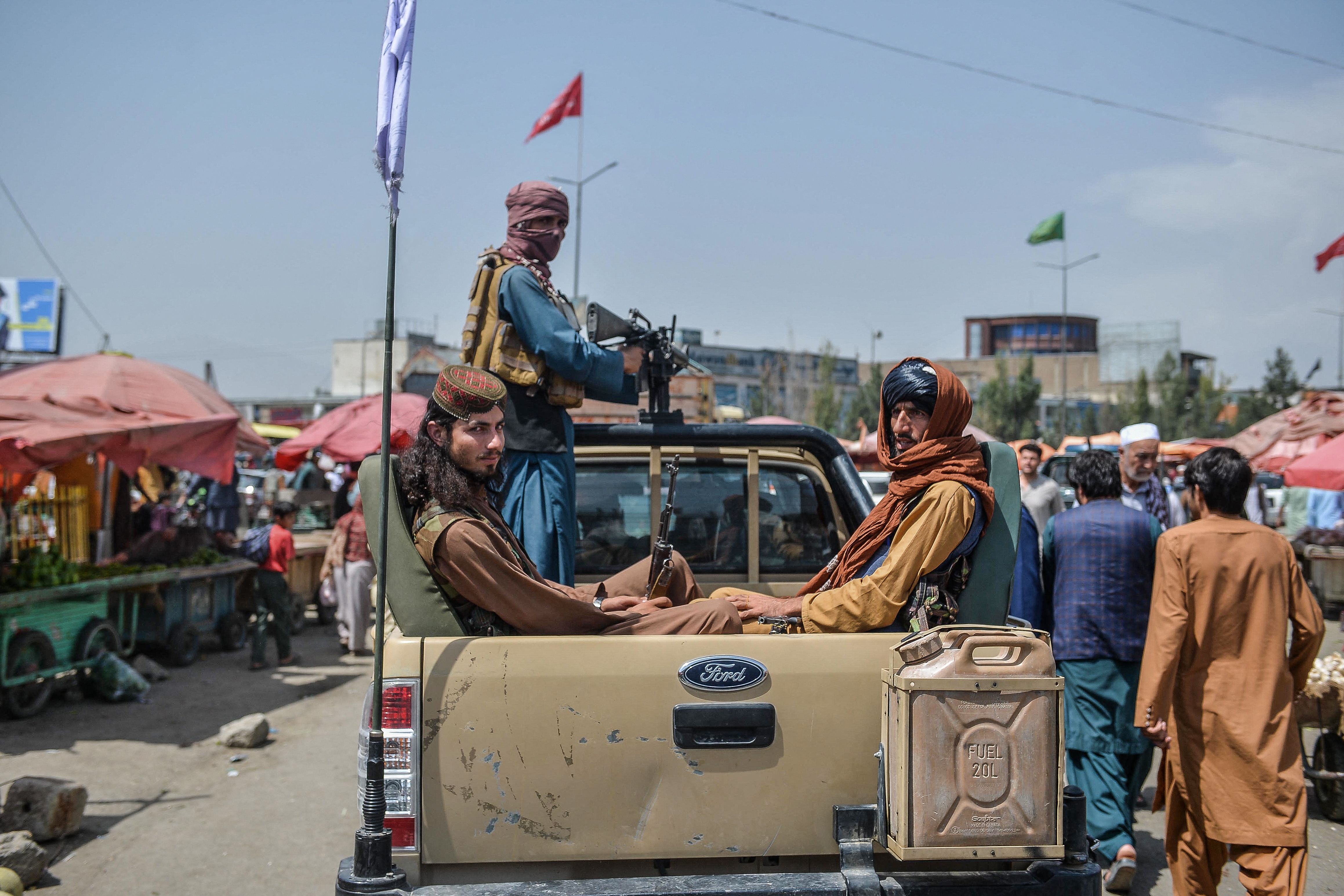 Taliban fighters on a pick-up truck move around a market area, flocked with local Afghan people at the Kote Sangi area of Kabul on August 17, 2021, after Taliban seized control of the capital following the collapse of the Afghan government. (AFP photo)

How Wealthy is the Taliban and Who Funds them?

As per reports, the Taliban group has a $2.3 billion fund for its fight in Afghanistan, with millions coming in from the opium and heroin trade, drugs, donations, extortion, illegal mining, and real estate. Annually, the Taliban has earnings of over $1.5 billion.

A confidential report compiled by NATO and later leaked to Radio Free Europe/Radio Liberty stated, “The Taliban has expanded its financial power in recent years through increased profits from the illicit drug trade, illegal mining, and exports, the report says, estimating that the group earned a staggering $1.6 billion in its last financial year (ending in March 2020).”

“That financial independence enables the Afghan Taliban to self-fund its insurgency without the need for support from governments or citizens of other countries,” says the year-old report that was filed based on interviews with senior Taliban operatives, Afghan officials, and foreign experts.

The report, written last year by journalist Lynne O’Donnell, warned: “Unless global action is taken, the Taliban will remain a hugely wealthy organisation, with a self-sustaining funding stream and outside support from regional countries.”

Meanwhile, another report by the United Nations in June 2021 has suggested that the Taliban’s financial support mostly comes from “donations from wealthy individuals and a network of non-governmental charitable foundations”.

The UN report read, “The primary sources of Taliban financing remain criminal activities, including drug trafficking and opium poppy production, extortion, kidnapping for ransom, mineral exploitation and revenues from tax collection in areas under Taliban control
or influence. According to the Member States, external financial support, including donations from wealthy individuals and a network of non-governmental charitable foundations also account for a significant part of Taliban income. While impossible to ascertain to any degree of precision, estimates of annual income generated by the Taliban range from $300 million to $1.6 billion.”

“Afghan officials reported that of all mining zones, government control extended to only 281, which were located across 16 provinces. A further 148 zones in 12 provinces were under the control of local warlords, while the Taliban were assessed to hold authority over the remaining 280 zones dispersed among 26 provinces. The Taliban derived income from mining directly under their control and are assessed to derive further revenues from at least some of the mining areas controlled by the warlords. No information exists to indicate how many actual mines are operating in each zone not under government control, nor is there any reliable method to gauge quantities being extracted from individual mines on a daily basis,” it added.

Several media reports have also suggested that in various parts of the country the Taliban had also implemented a form of taxation, known as ‘ushr’. A UN report in September 2012 said this tax was a 10 per cent tax on harvest and a 2.5 percent tax on wealth.