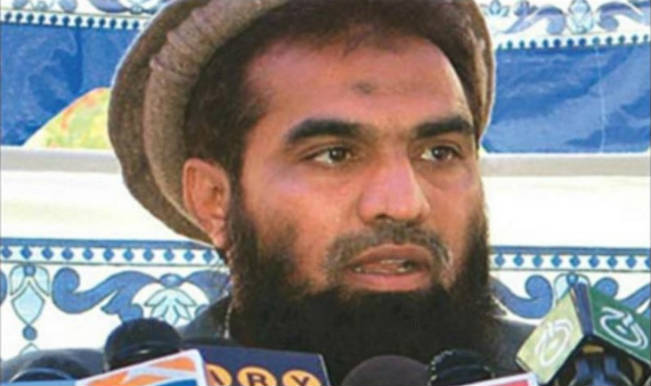 Islamabad/New Delhi, Dec 29: Mumbai attacks mastermind Zakiur Rehman Lakhvi‘s detention under a public security order was suspended today by a Pakistani court, evoking sharp reaction from India which said Pakistan remained a safe-haven for well-known terror groups. Islamabad High Court Judge Noorul Haq N Qureshi, while accepting Lakhvi’s application challenging his detention under the Maintenance of Public Order (MPO), suspended the government’s order in this regard and directed him to submit a surety bond of Rs 1 million. The court also asked Lakhvi to ensure his presence in every hearing of the Mumbai attacks case. Also Read - International Flights: Now Indians Can Fly to Japan, UK, Canada And 10 Other Countries | Who is Allowed & Who is Not? Read Detailed SOPs

The government’s law officer was not present when the court gave its ruling. Anti-Terrorism Court Judge in Islamabad Syed Kausar Abbas Zaidi had on December 18 granted bail to Lakhvi in the Mumbai attacks case citing lack of evidence against him, but before he could be released from jail, the government detained him for three more months under MPO in Adiala Jail where the trial is being held. A senior official of the Interior Ministry told PTI that the government might detain Lakhvi in another case. Also Read - India's COVID-19 Tally Nears 55 Lakh-mark, Deaths Stand at 87,882 | Key Points

“Since the release of Lakhvi from jail will draw a lot flak from the world especially India, the Pakistani government may detain Lakhvi in any other case like it did in the case of LeJ chief Malik Ishaq,” he said. Ishaq was remanded to judicial custody in a murder and terrorism case just before his release from a jail after government did not seek extension of his detention under the public security order. Reacting sharply, India conveyed its “strong concern” to Pakistan over the development, saying, “there seems to be no end in sight to Pakistan remaining a safe-haven for well-known terror groups.”

Foreign Secretary Sujatha Singh summoned Pakistan High Commissioner Abdul Basit in New Delhi and the Indian mission in Islamabad took up the issue with the Pakistan Foreign Office. “Basit was summoned to the Ministry of External Affairs by the Foreign Secretary today afternoon. The Foreign Secretary conveyed strong concern at the lack of effective action by Pakistan’s prosecuting authorities after the Anti-Terrorism-Court ordered the release of internationally designated terrorist Lakhvi, whose involvement in the Mumbai terror attack is well known,” Official Spokesperson in the Ministry of External Affairs Syed Akbaruddin said in New Delhi.