9/11 And 20-Year Long War Against Terror: Has America Achieved Its Objectives?

One 9/11 is over but the possibilities of another 9/11 can not be ruled out if terrorism factories like Pakistan continue to exist and flourish.

If you wish to know how an incident can turn the entire world upside down, must analyse all the circumstances of 9/11. The entire story which started during the Soviet-Afghan War in the late nineties and culminated with the departure of the last American Soldier from Afghanistan on 30th August 2021 is interesting and shows how friends turn into foes and become friends again while the common man paid the price.Also Read - US Records Over 3,000 COVID-19 Deaths in a Day, More Than 9/11 Attacks or D-Day

Who created Al-Qaeda and what prompted them to attack the twin towers killing almost 3000 people is not a secret for the world? Osama Bin Laden was the creation of America itself when he was called to participate in so-called “Jihad” in Afghanistan against Soviet forces. He and Haqqani Network both were funded, trained, and equipped by the American CIA but when he saw US forces present everywhere in Arabian Peninsula and killing people in the name of terrorism, he turned the guns towards them. Al-Qaeda and Haqqani’s became enemies of the United States overnight but unfortunately, the US had to hand over the reins of Afghanistan to the same Haqqani group who were once mentioned in its top hit list.

9/11 might have bought bad memories for the families of those 3000 Americans who lost their lives in the bombing but what about the families of over 75000 Afghan soldiers, over 3000 soldiers of Coalition forces, more than 4000 contractors and over eight lakh civil population who perished in this twenty-year war? What about the American taxpayer who paid a heavy price for the so-called “War on Terror” and what about the people of Afghanistan who are forced to live in extreme poverty under the threat of guns? 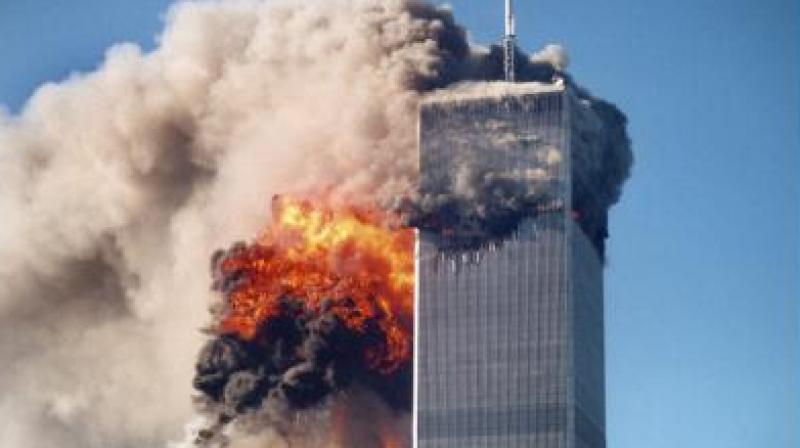 The biggest question is that even after losing almost 10 lakh lives and more than 8 trillion dollars of money, was America successful in bringing down the terror and punishing all the perpetrators of 9/11? The answer is a clear no. Al-Qaeda might have weakened but it is rising again, Taliban has risen exponentially and now controlling power in Afghanistan and the terrorism situation in the world is not different from what it was 20 years back. The only loser was America, and the biggest beneficiary was Pakistan who not only pocketed money from the United States but at the same time aiding the terrorists.

Calling it a defeat of the United States will not be right. In fact, it was a bad, humiliating defeat of Uncle Sam where it not only failed financially but lost all its credibility to the world. Let’s analyse the reasons why mighty America failed in its war against terrorism. Here are my five cents.

Failing to attack the root of terrorism- When the US armed Haqqani Network and Al-Qaeda fighters, it was facilitated by the Pakistan Intelligence Agency ISI. When Al-Qaeda targeted World trade Centre in 1993, all of their perpetrators who were Pakistani nationals were sipping their tea with ISI officials laughing over the plight of the US. The 1998 US embassies bombings were planned in Pakistan and Khalid Sheikh Mohammad, the main accused of 9/11 was also a Pakistani. It is a matter of fact that more than 40% of the terrorists mentioned in the UN Most Wanted list are Pakistanis and most interestingly when the US was hunting for Osama Bin Laden globally, he was enjoying life in an ISI safe house located in the vicinity of a Pakistani Army Cantonment. Ideally, America should have targeted Pakistan since it was, and it is the root of global terrorism, but it chose the country as an Ally and forced itself over Afghanistan while Pakistan till date continued to be the mother of all terror activities worldwide.

Failed to Target the Terror Financiers- While the US was busy bombing Iraq, Syria, Libya and Afghanistan in its quest for “War Against Terrorism”, it drastically failed to plug the finances of terror groups and as a result, they continued to grow despite all odds. The main hub of terror financing originated from those middle eastern Islamic countries that were close allies of the US. A steady flow of money was going from the middle eastern countries in the form of “Zakat” or donations to Pakistan which got diverted to various terror groups. The US itself has set up this system to ensure financing of its so-called “Jihad” against the Soviet Union and was aware of the nitty-gritties of this system yet, it failed to stop the flow of money and as a result, terror groups rose exponentially under the tutelage of Pakistan.

Failed to differentiate between Fanatic and Moderate Islam– Both the United States and the countries of the European Union made this mistake and are continuing to do this even till date. They failed to understand the difference between the fanatic form of Islam and the Progressive form of Islam. In the last fourteen centuries, there have been several versions of Islam like Wahhabism & Salafism propagated by different groups. While some followed progressive form, others followed the ultra-orthodox and fanatic form of Islam which was not only barbaric but did not accept anyone’s influence in their matters. Almost all the terrorists belonged to the second type. Had the US invested even 10% of the money it spent on the war against terror on promoting progressive Islam and ensured education to the people, the terror problem would have been resolved to a big extent. But on the other hand, it made fanatics their allies who eliminated all hopes of a peaceful co-existence. Today Eighty countries of the world are witnessing various forms of terrorism and incidentally, Fanatic Islam is a key factor in all of them.

Gross violations of Human Rights and losing connection with the local population- The United States never learnt from its mistakes of the past. Ever since the cold war era, it allied with the countries or people who later turned guns against the US itself. Fighting a war on foreign land is not easy. While Al-Qaeda, as well as the Taliban, grouped themselves as protectors of their lands, the US was declared as an invader attracting the sympathies of the entire Islamic world with them. During its “War Against Terror”, US forces were involved in large scale extrajudicial killings, arrest of innocent individuals, bombing civilian areas and creating an atmosphere of fear. At times, innocent Afghans were sold for a bounty to US forces and were taken to their detention centres in Guantanamo Bay or Bagram prison. Even in the initial phase of operations, the US had lost entire of its credibility which resulted in its humiliating defeat against the Taliban today.

A botched-up exit plan- Apparently, US President was in so much hurry to withdraw from Afghanistan that he did not pay heed to all the intelligence reports and alarms raised by its own allies. Doha Peace deal itself was a failure where the Afghanistan government itself was not taken into consideration and all the decisions were left to one individual- Zalmay Khalilzad. Everyone knew that the Taliban would strike hard this time and it will have the active support of Pakistan. Al-Qaeda and ISIS were also eager to fill the gaps created after US withdrawal but still, US forces did not make any effort to consolidate the Afghan forces and cover up the gaps.  This resulted in the blitzkrieg advance of the Taliban in Afghanistan. The US not only lost itself but had put the lives of several lakhs of Afghani people also in danger.

In the last three weeks, we saw how the Taliban threatened the US and forced them to run away from Afghanistan leaving their military equipment, weapons, aircraft and even citizen behind. How they openly criticised America for its deeds in Afghanistan however, the humiliation of the US in Afghanistan has not yet ended. Taliban decided to celebrate the inauguration ceremony of its new government today- exactly 20 years after the 9/11 attacks which is a tight slap on the United States’ face. And the biggest question is still haunting us- Has United States succeeded in its War Against Terror? Even after claiming over 10 lakh lives and spending scores of money, terrorism has only grown manifolds. The US has failed drastically on striking the root of terrorism, its supporters & its finances, which were considered as the first job of the country. It has still not learnt from its mistakes. Terrorists consider the US as their number one enemy due to its deeds, and they will strike again. One 9/11 is over but the possibilities of another 9/11 can not be ruled out if terrorism factories like Pakistan continue to exist and flourish.

Amit Bansal is a Defence Strategist with keen interests in International Relations and Internal Security. He is also an author, blogger, and poet.

(DISCLAIMER: The views and opinions expressed in this article are those of the author and do not necessarily reflect the official policy or position of India.com. The writer is solely responsible for any claims arising out of the contents of this article.)