xFly! founder Ziv Marom and chief strategy officer Kunal Sood presented the state of the art drone which comes in four sizes that could change how drones are viewed today.

Apart from xFly!, the competition hosted by SAVA 360—a platform connecting influencers with innovators and entrepreneurs—saw four other startups pitch their unique business ideas in front of a panel of industry leaders, venture capitalists and serial entrepreneurs. These companies represented industries from healthcare to education, from Bollywood fitness to clean energy. Each startup had five minutes to pitch their ideas followed by an intense round of question and answer. Also Read - Watch | How China Is Using AI Robots and Drones to Fight the Coronavirus Outbreak 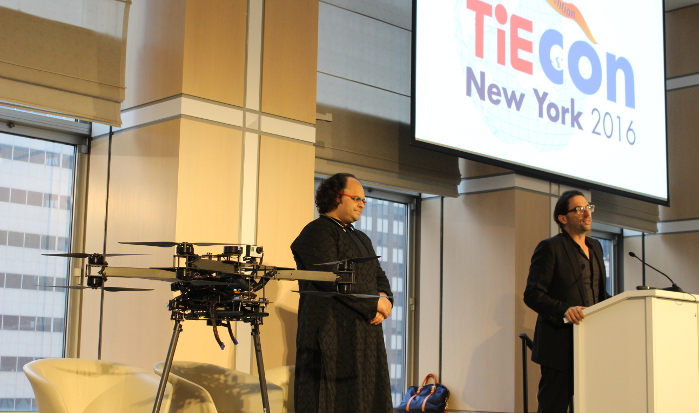 xFly! founder Ziv Marom and chief strategy officer Kunal Sood presented the state of the art drone which comes in four sizes that could change how drones are viewed today.  The company is striving to change the negative narrative around drones by demonstrating the positive impact of the unmanned aircraft. Their drones are currently being used in Hollywood for films including “Expendable 3,” and shows such as “Master Chef” and “Game of Thrones” as well as in rescue missions like in the Nepal earthquake.

“The most important thing right now is that we have the opportunity to change the narrative that if drones can take lives, it can also save lives whether it is medicine on the field, or lifting someone out of danger,” Sood said.

Judges were impressed by their positioning in the market and the range of their products. But they also expressed concern about their business model, especially the use of drones in the film industry and whether they would be sold or given on lease. Both Sood and Marom said they are currently working out deals with potential distributors in the film industry. The company was rewarded valuable advisory service for seven hours by top leaders from the venture, strategy, legal and operations.

BuddiHealth, an artificial intelligence based healthcare technology company, bagged second position and 3.5 hours of advisory service. Swaminathan believes that the data science approach will help the healthcare community in America to reduce claim denials, improve reimbursements and in other areas of the healthcare system. 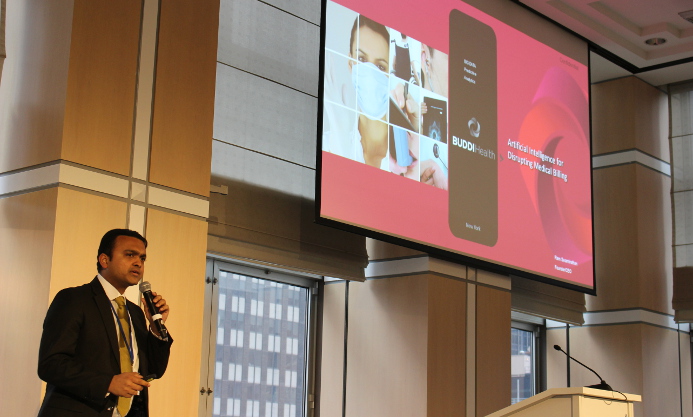 When asked for their advice to future entrepreneurs, Sood and Marom said the most important thing is the ability to “turn down good jobs.”

“Focus on what you love and turn down good jobs! When I just started, I was approached by really good companies, but I realized early on that if you really want something you really need to focus and turn down other things,” Marom said.

“The ability to say no in a disciplined and sensible way where you don’t lose value from your core competency and values,” Sood chimed in.

SAVA 360 received about 75 entries, of which five were handpicked for the final round by independent jury that carefully vetted their ideas based on three primary criteria’s: market, scalability and team, which Atul Prashar, founder, and CEO of SAVA 360 stresses are key factors for participating in such competitions.

“We reached out to participants through our newsletter and received an overwhelming response within two weeks…The finalists were selected based on three important criteria: whether the product is scalable, is it a growing market and is there a good team that will take the rest forward,” Prashar said.