One look at these pictures is enough to prove that this Bollywood star is aging like a fine wine.

Bollywood actress and former Miss World, Aishwarya Rai Bachchan, was honoured with a ‘Woman of Substance’ title at an event held by the Bunt community, to felicitate the achievements of their people. Aishwarya, who belongs to the Bunt Community, not only received the award but also inaugurated Buntera Bhavana at the event. The actress looked absolutely gorgeous at the event and the pictures from the event will prove that she is the epitome of true beauty.

One look at these pictures is enough to prove that this Bollywood star is aging like a fine wine. Aishwarya was seen donning a pink saree style lehenga and she looked no less than a dream. The actress rocked the traditional avatar and once again gave style goals to all her fans. The 44-year-old looked perfect with minimal makeup, straight hair and a bindi. The actress was all smiles at the event, as she posed for shutterbugs. ALSO READ: Aishwarya Rai Bachchan And Abhishek Bachchan’s Plush Apartment Looks Extremely Regal 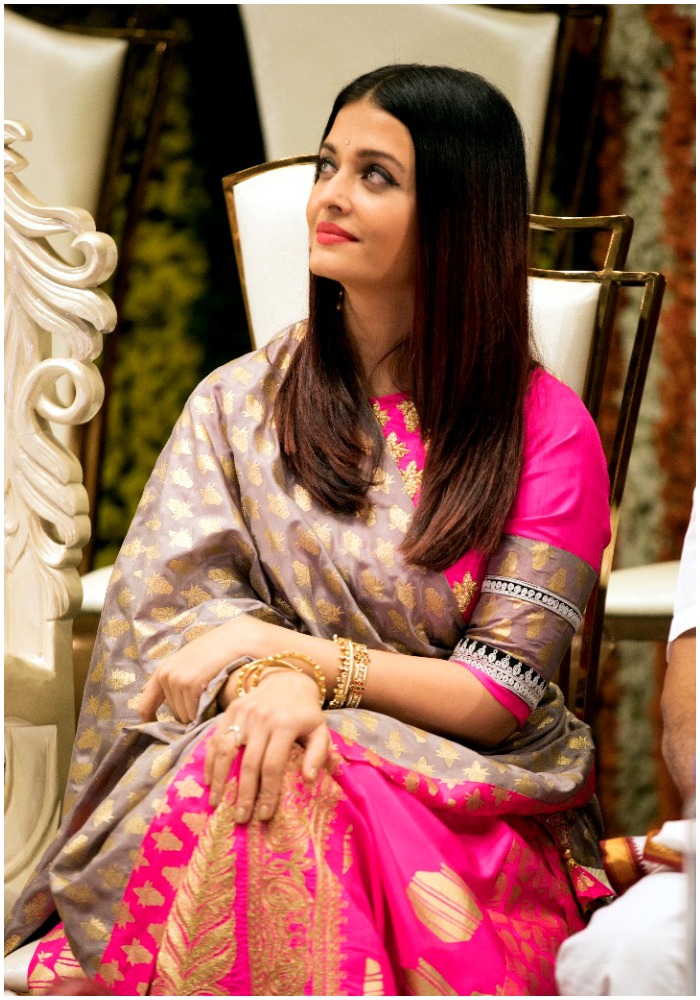 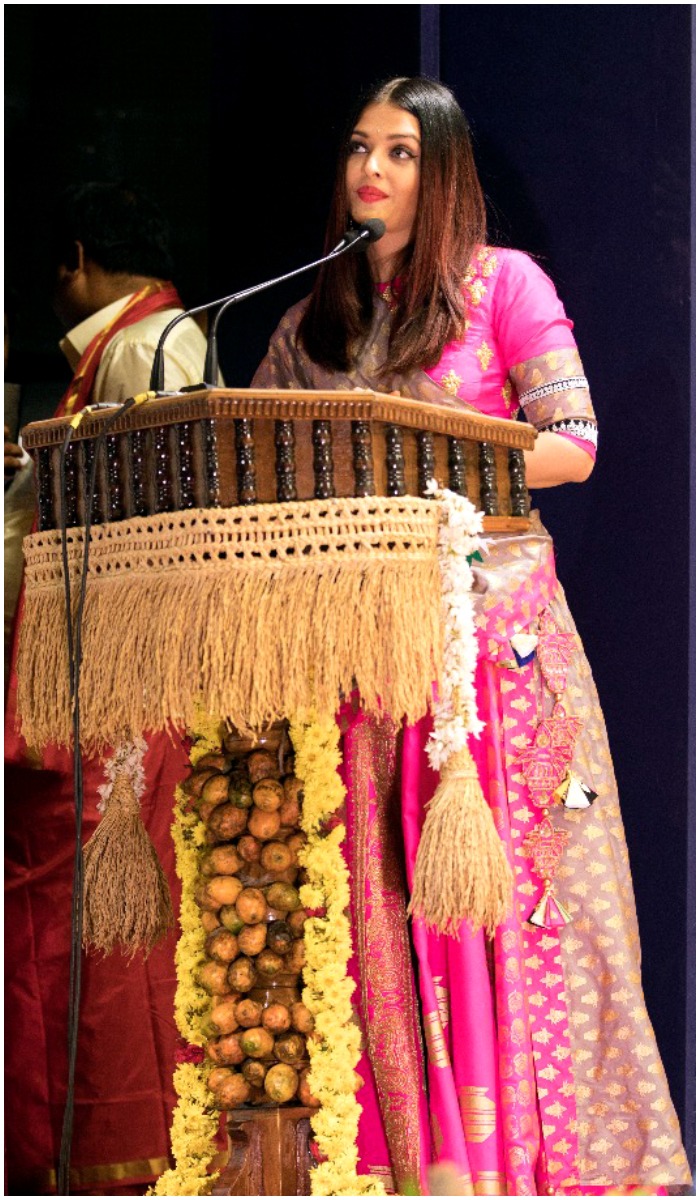 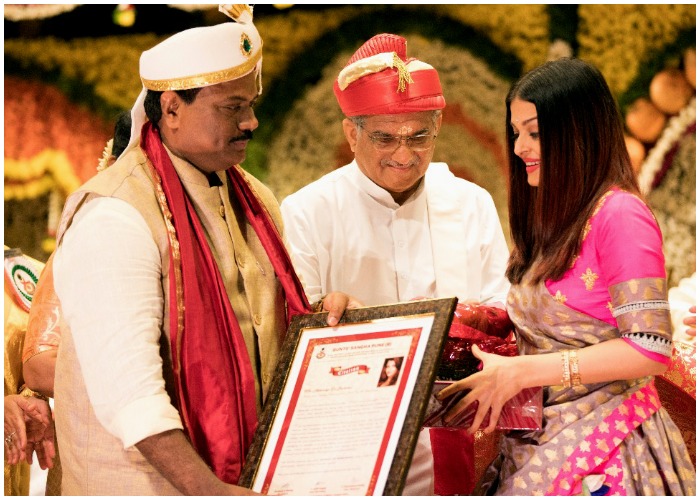 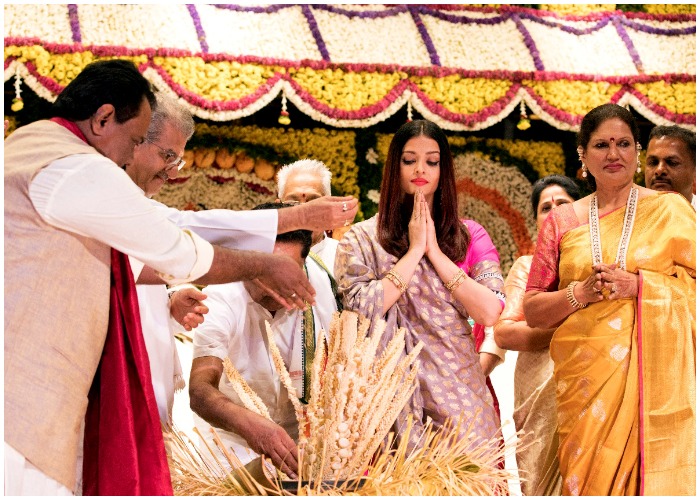 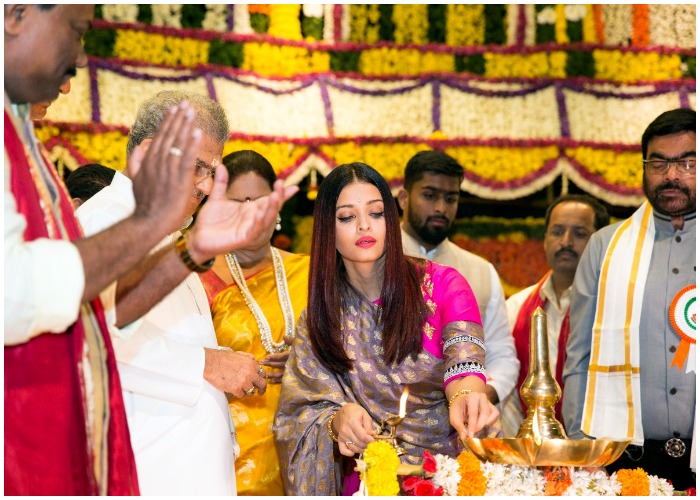 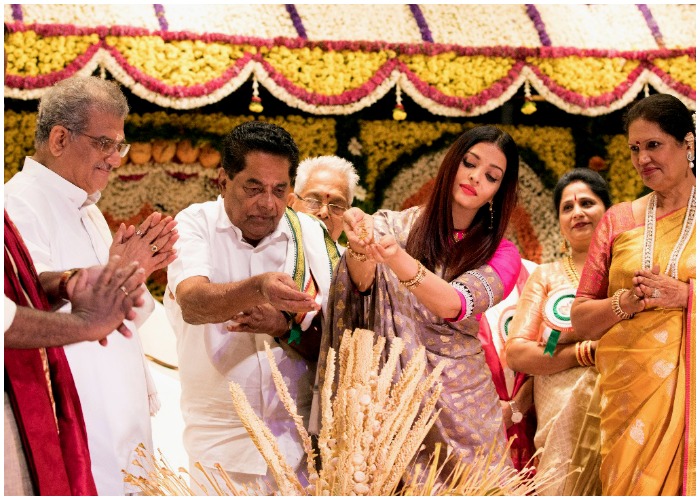 On the professional front, Aishwarya Rai is occupied with the work of her upcoming film Fanne Khan alongside Anil Kapoor and Rajkummar Rao.The movie is slated to release in June this year. The actress will also be seen in Raat Aur Din remake; where she will be essaying a double role. Speaking of Fanne Khan, Aishwarya recently wrapped up shooting and the lady, earlier in an interview, had clarified that only after watching the film, people will get to know why she said yes for it. Watch this space for further updates.