It’s that time of the year when Aishwarya Rai Bachchan takes her daughter Aaradhya Bachchan all decked up to annual day function where she performs on the stage. Despite her work commitments, Aishwarya always makes sure to attend Aaradhya Bachchan’s annual day every year. This time also Aish graced the event and were joined by husband Abhishek, father-in-law Amitabh Bachchan, sister-in-law Shweta Bachchan Nanda, cousin Navya Naveli Nanda and mom Brinda Rai.

Aishwarya and Abhishek’s little munchkin was dressed in a red-and-green saree with a neatly-tied high bun encircled in a gajra. Aaradhya looked beautiful as she wore a red bindi and a red lipstick. She was papped arriving at her school. Aish and Abhishek beamed with happiness as they click pictures of their little princess. 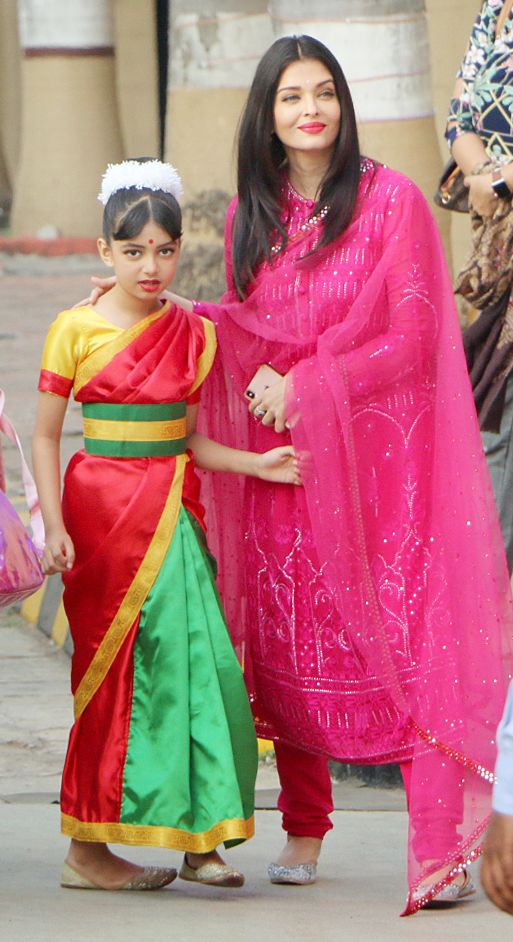 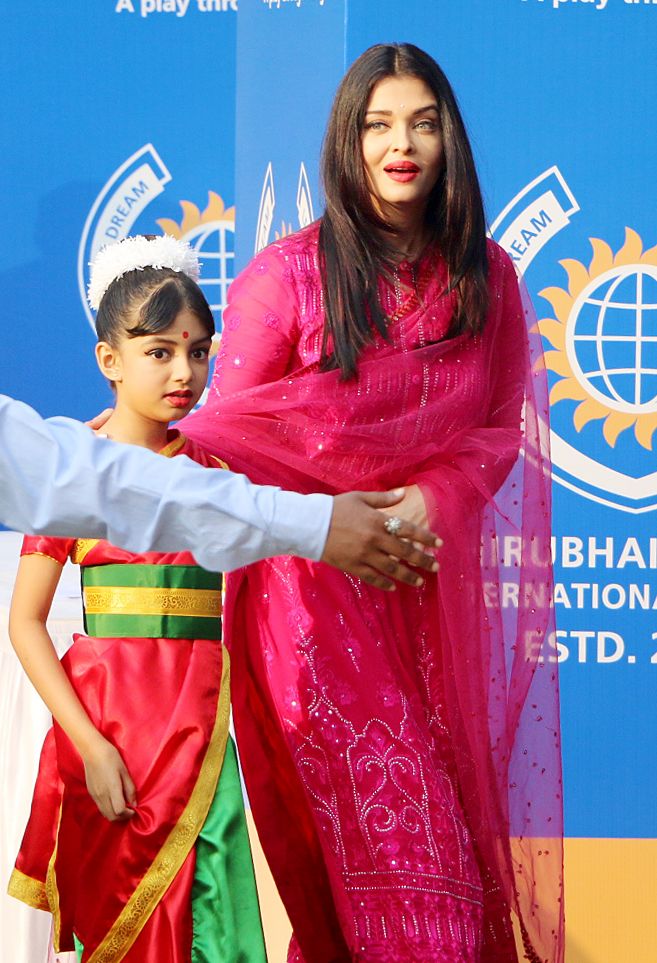 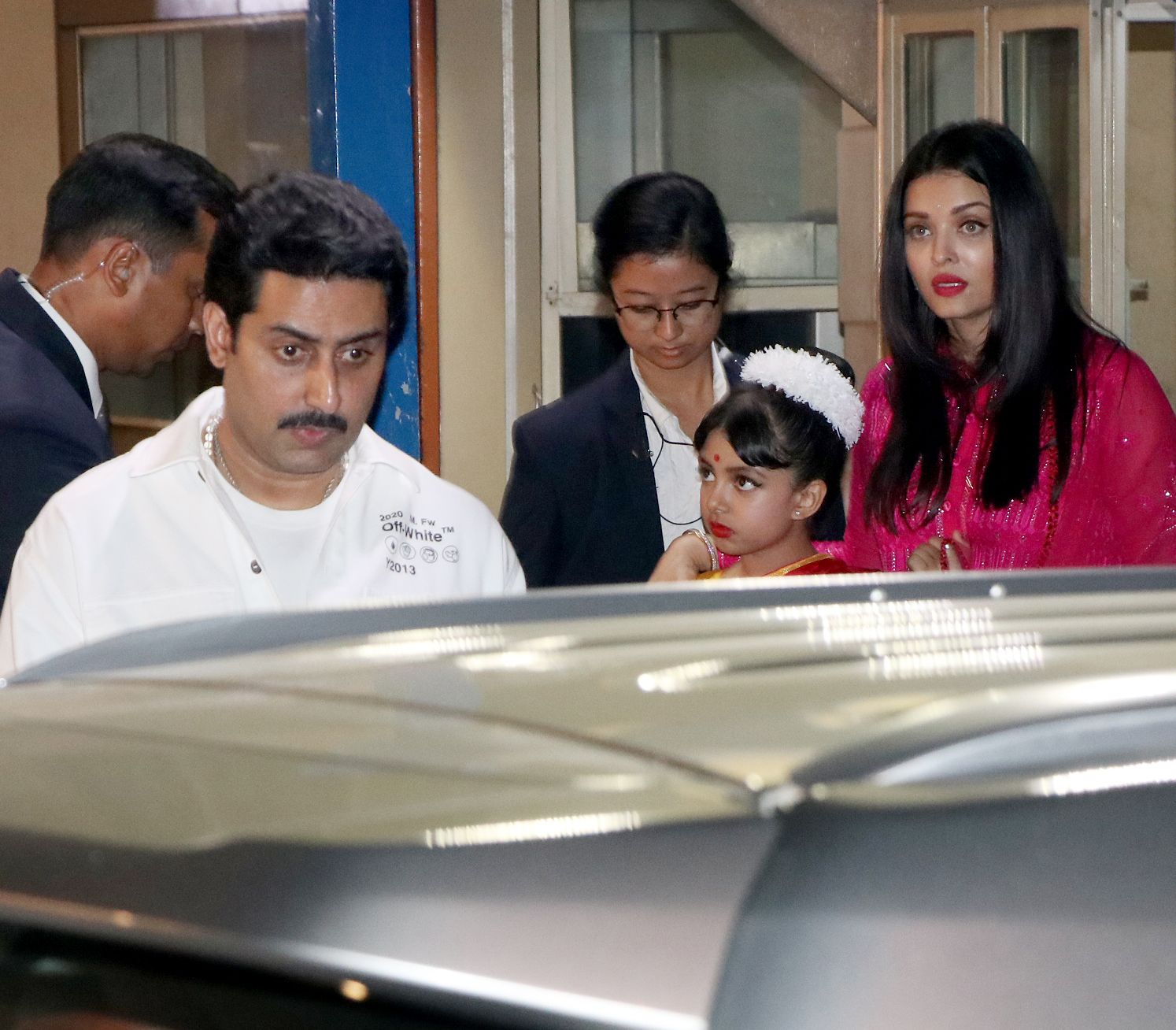 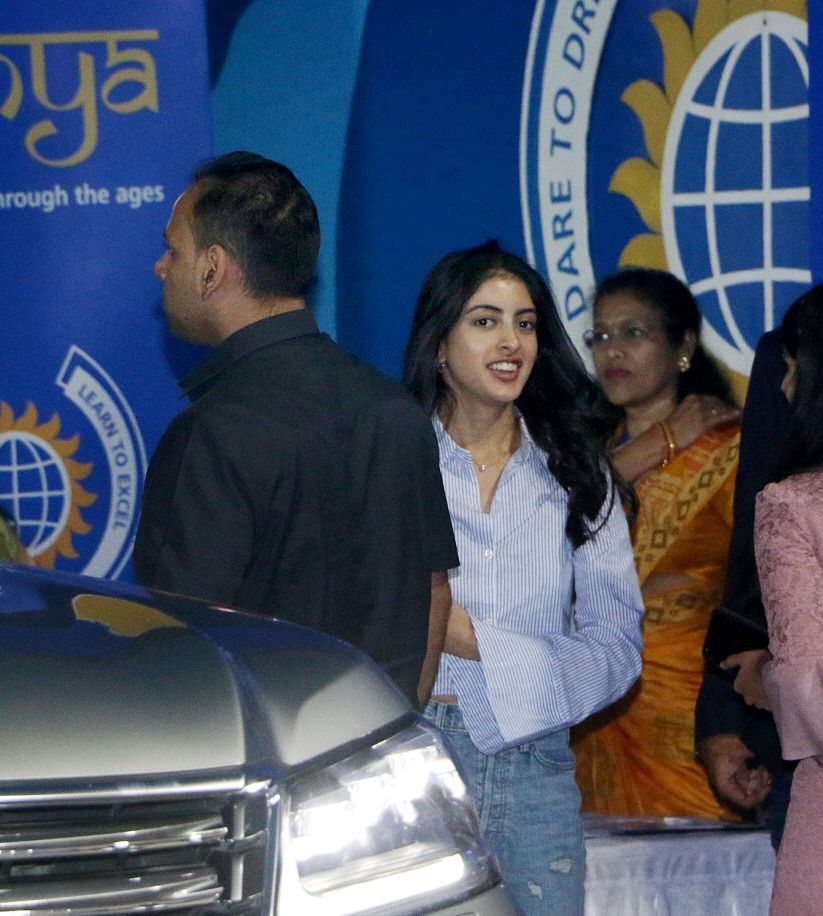 The guest-list was headlined by several celebrities such as Shah Rukh Khan, Hrithik Roshan, Raveena Tandon, Farah Khan and others.

Aishwarya and Abhishek leave no stone unturned to make their daughter feel special. From dancing at her birthday bash to playing musical chairs with kids, they always make their little Aaradhya smile.

On the professional front, Aishwarya was last seen in Fanney Khan alongside Rajkummar Rao and Anil Kapoor. The film couldn’t do wonders at the box office. She is gearing up for her upcoming Mani Ratnam directorial Ponniyin Selvan. On the other hand, Abhishek is currently occupied with the work of Anurag Basu’s film. Both the stars are all set to reunite after ten years for Anurag Kashyap’s Gulab Jamun. They were last seen together in Raavan and Guru. Both films are slated for a December 2020 release.