Angrezi Medium director Homi Adajania shares behind the scenes picture of Irrfan Khan and cinematographer enjoying cricket while he waits to shoot.

Director Homi Adajania has lately been sharing hilarious pictures from the sets of his film Angrezi Medium which stars Irrfan Khan and Kareena Kapoor Khan. Recently, he shared one where Irfaan and the cinematographer of the film are busy playing cricket while Homi waits for them to resume shooting.

In the photo shared, Irfaan can be seen batting while the cinematographer turns wicket-keeper. Sharing the picture on his Instagram stories, Homi captioned it, “Can we shoot please?” and added two emojis. 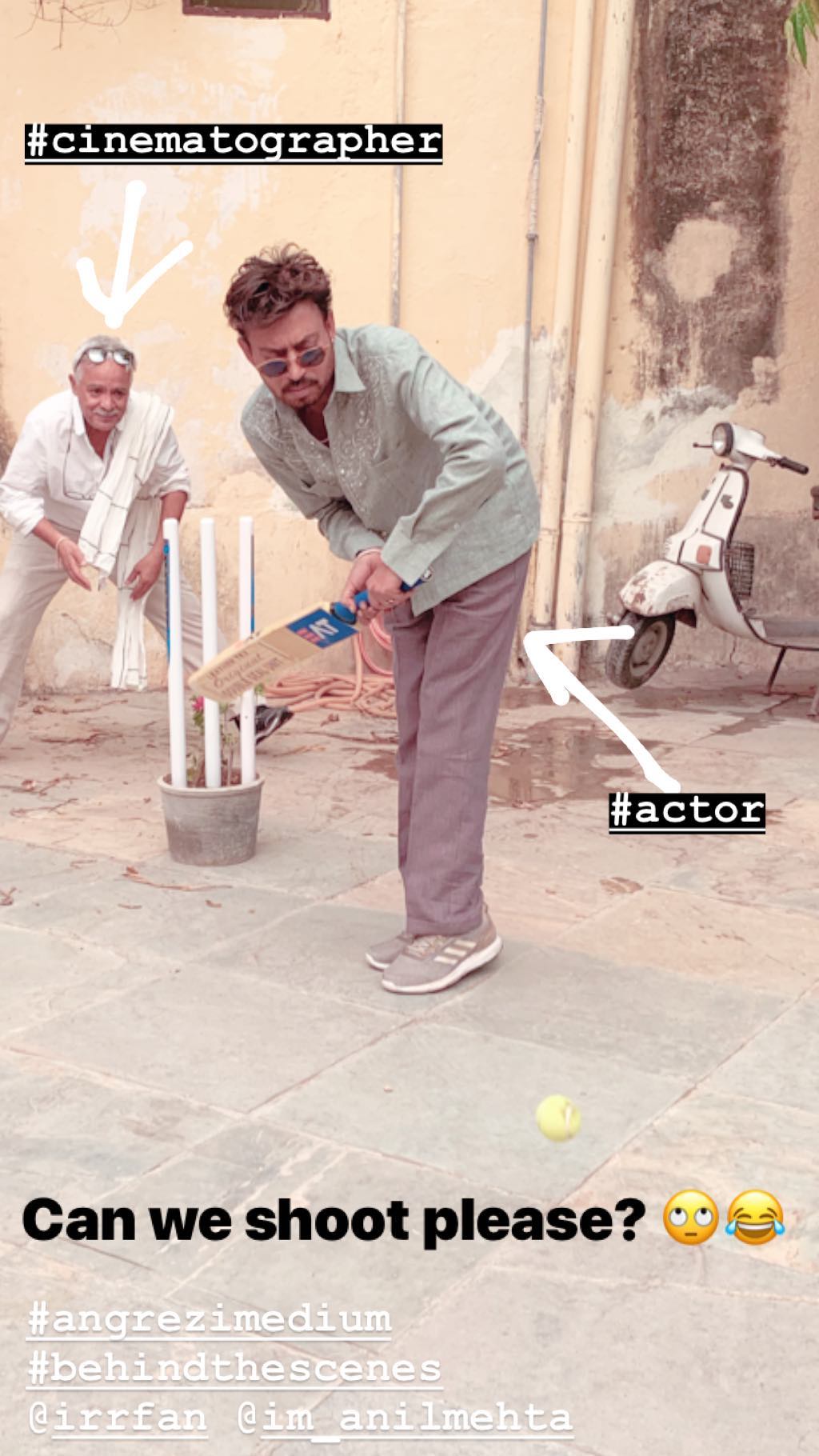 There have been a lot of speculations on Kareena playing the female lead in the film. Recently, producer Dinesh Vijan confirmed the same and told IANS, “I’m excited that she’s going to be a part of it. We wanted to introduce this character who would be taken forward in the franchises to come, and she’s perfect for it. Here, she plays a cop – a role she’s actually never done before. We will be shooting in London this June, and it will be great to be back on set with her.”.

Earlier Irfaan shared a collage of hilarious conversation between him and Homi while enjoying his sugarcane. The conversation read, “Irrfan: Been shooting for weeks… can we discuss the character now? Homi: Tu ganna choos… Let me make the film. Irrfan: Can somebody please call the Director?!”.

Angrezi Medium also stars Pankaj Tripathi, Deepak Dobriyal and Radhika Madan in pivotal roles. Pankaj had earlier shared about his role and said in a statement, “It’s a cameo appearance. It’s my love and respect for Irrfan and my friendship with Dinu (Dinesh) that made me say yes to it. I always wanted to work with Irrfan and when Dinu offered me this role, I immediately agreed even if it’s just a cameo role”.

The film is currently being shot in Rajasthan and after the cast and crew wrap up their Rajasthan schedule, the team will head to London where Kareena will join them.

Produced by Dinesh Vijan and directed by Homi Adajania, Angrezi Medium is a sequel to the widely appreciated 2017 entertainer Hindi Medium.