Alia who looks beautiful in every outfit she sports once again grabbed all eyes as she made an appearance in embroidered yellow Sabyasachi lehenga. She accessorised her look with a diamond choker and a small shimmery pouch. With hair neatly tied in a low bun, Alia smiled for the paparazzi. 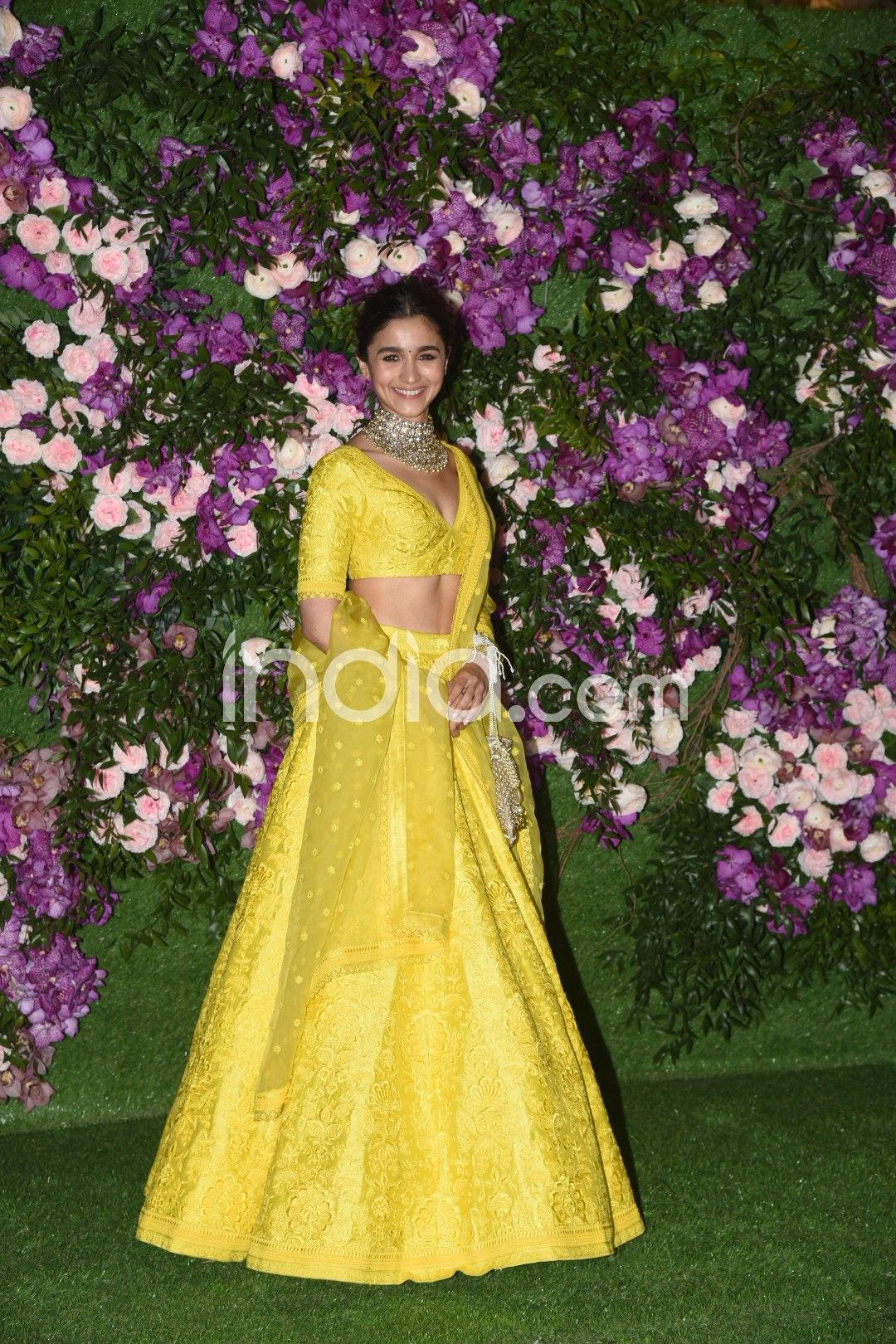 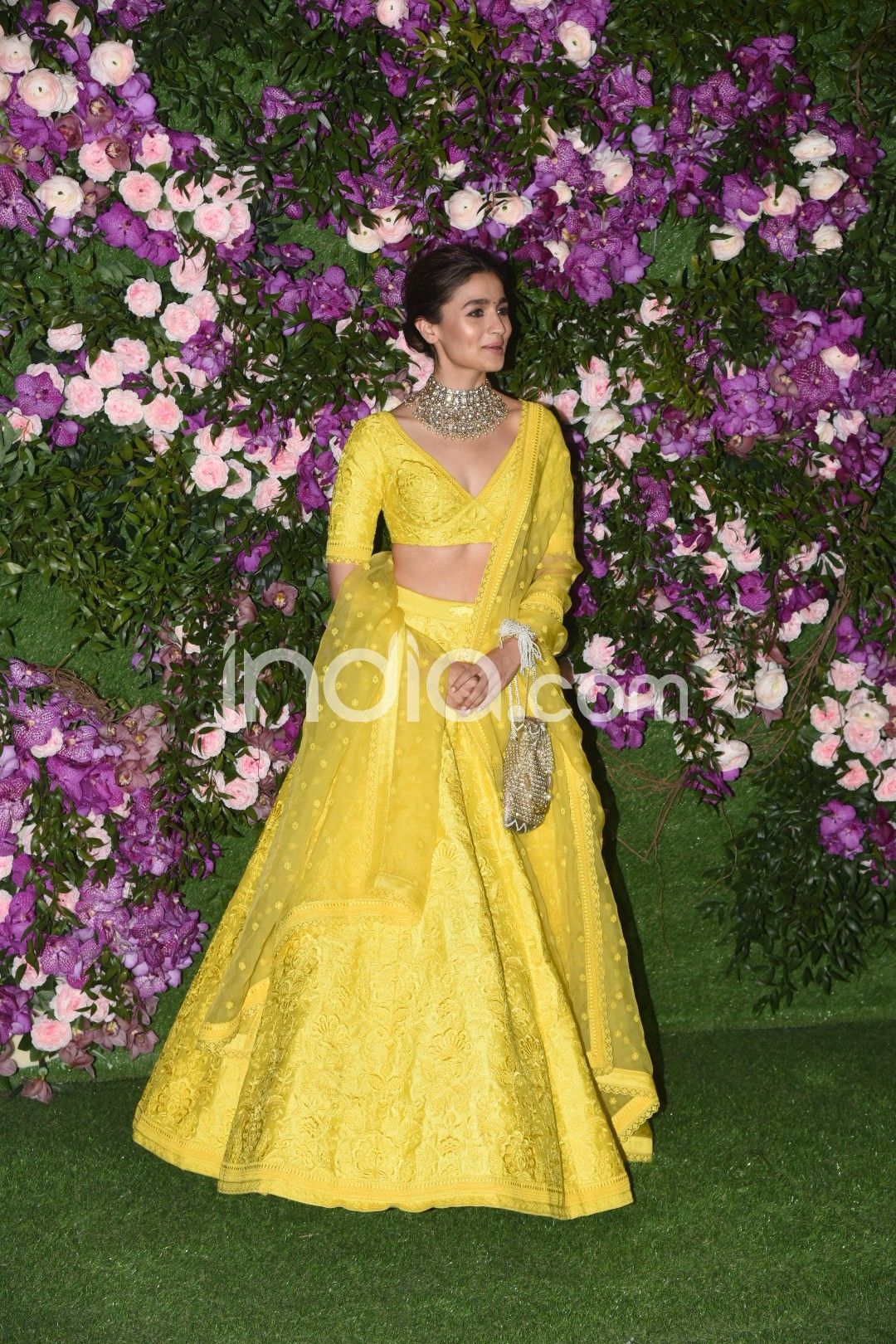 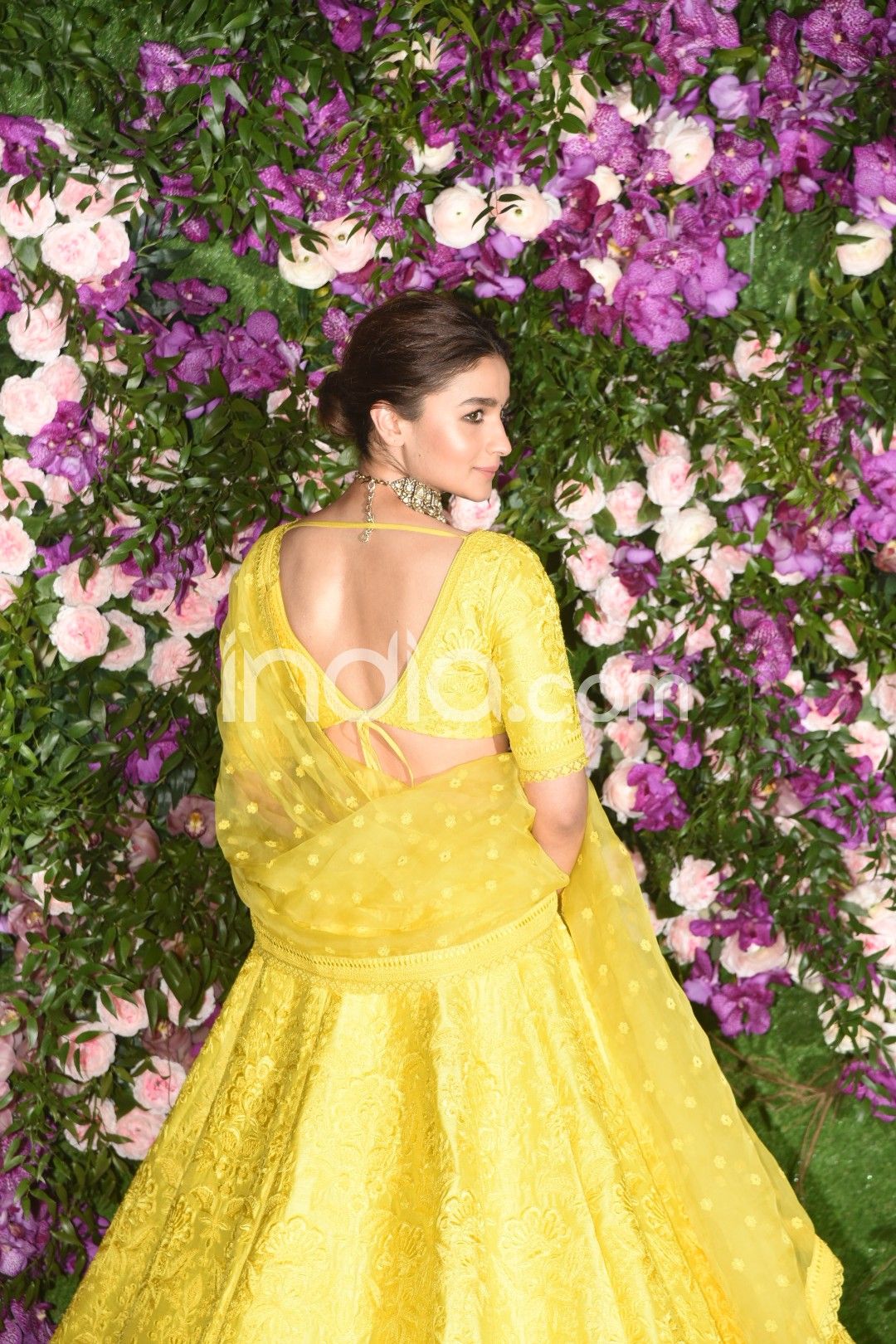 On the professional front, Alia was last seen in Gully Boy which released on February 14 and is still doing wonders at the Box Office. The film also starred Ranveer Singh and Siddhant Chaturvedi in pivotal roles. She will soon be seen in Brahmastra with her rumoured boyfriend Ranbir Kapoor and veteran actor Amitabh Bachchan. She will also be seen in Kalank with Varun Dhawan, Madhuri Dixit, Sonakshi Sinha, Aditya Roy Kapur and Sanjay Dutt in pivotal roles. Kalank was earlier supposed to hit theatres on April 19 and now the makers have decided to prepone it and release it on April 17.

Kalank will have a nine-day free run at the Box Office before the big superhero film takes over the screens.

She recently attended Kumbh 2019 along with Ranbir and director of Brahmastra Ayan Mukerji where they surprised the audience by sharing the first look of the Brahmastra logo up in the air using 150 drones.