Akash Ambani and Shloka Mehta are all set to tie the knot today, March 9 at Gio Gardens, Mumbai. The ceremony is a star-studded one which is being attended by not just famous Indian personalities but also international ones like former UN Secretary General Ban Ki-Moon and former British PM Tony Blair. Veteran actor Amitabh Bachchan graced the event with his wife Jaya Bachchan and daughter Shweta Bachchan.

The family looked stunning in gorgeous shimmery outfits and looked royal. Amitabh donned a light blue kurta which he teamed with white pajamas and juttis. He accessorised his look with a pearl neck piece that gave his outfit a royal touch. His wife Jaya, looked gorgeous in a golden and off-white saree. She accessorised her look with a red diamond neck-piece and matching pouch. Their daughter Shweta grabbed all eyes as she donned a dazzling Abu Jani-Sandeep Koshla lehenga. 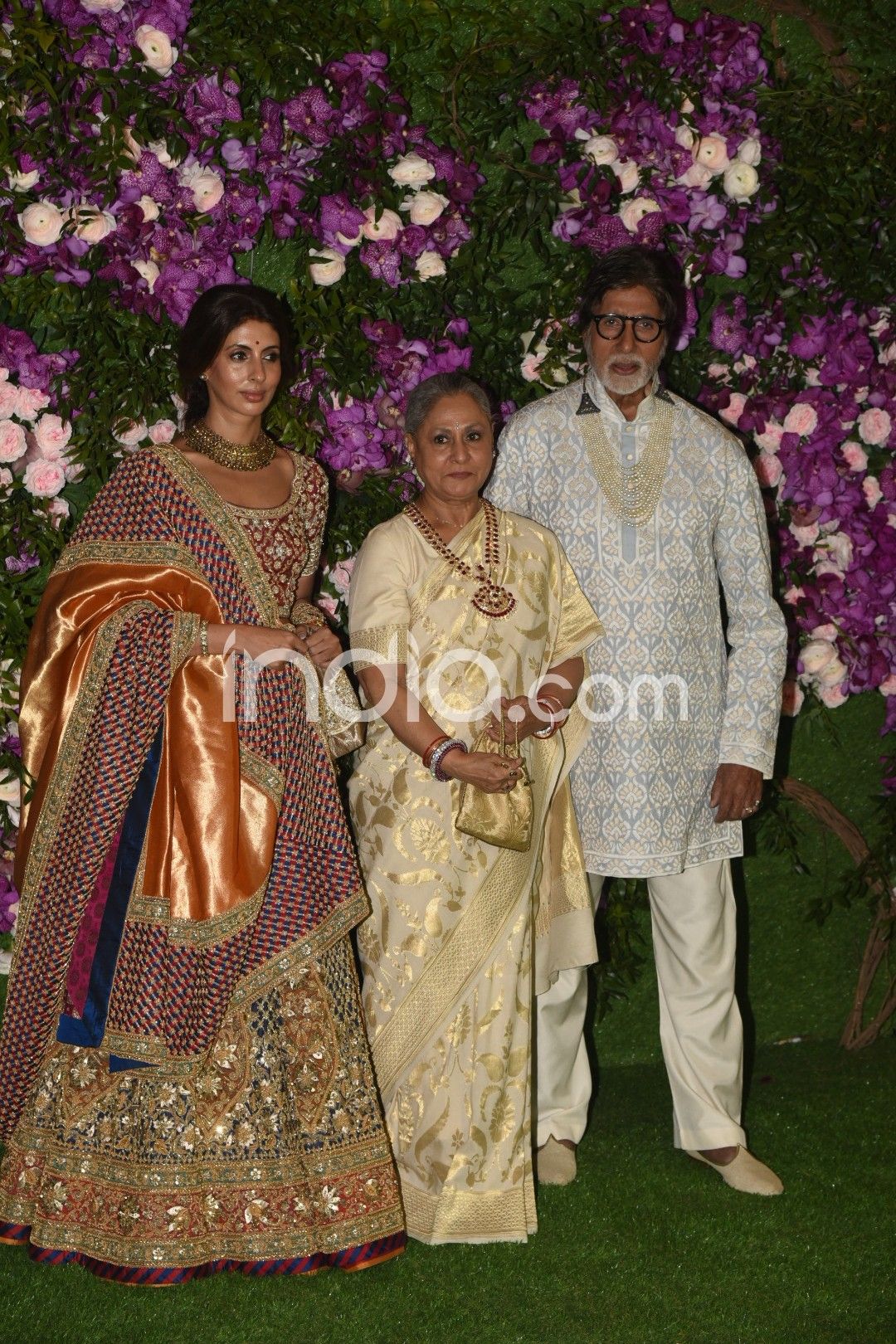 Before heading to the Gio Gardens where the ceremony of Akash and Shloka is taking place, Shweta even took to her Instagram to share an adorable family picture with her mother and father. The still was taken at their home. While Jaya sat on a chair, husband Amitabh stood behind her and held her shoulders. Shweta sat on the carpet and rested her hands on her mother’s lap. This perfect family picture will surely melt your heart.

Directed by Sujoy Ghosh, Badla is a remake of a Spanish film titled The Invisible Guest.