Akshay Kumar who has been busy with the shooting of his next film Kesari took out time from his hectic schedule for his family. The actor was spotted with his wife Twinkle Khanna and daughter Nitara outside a theatre in Mumbai.

Akshay, his wife, and daughter stepped out of the house spend some quality time. They landed at the movies and later while exiting, they were spotted by the paparazzi in their casual outfits. Akshay donned a black and grey floral t-shirt which he teamed with a casual grey blazer, off-white pants and white sneakers. His wife Twinkle looked stylish in a marron top which she teamed with denims and white sneakers. Their little daughter Nitara looked adorable in a colourful dress. 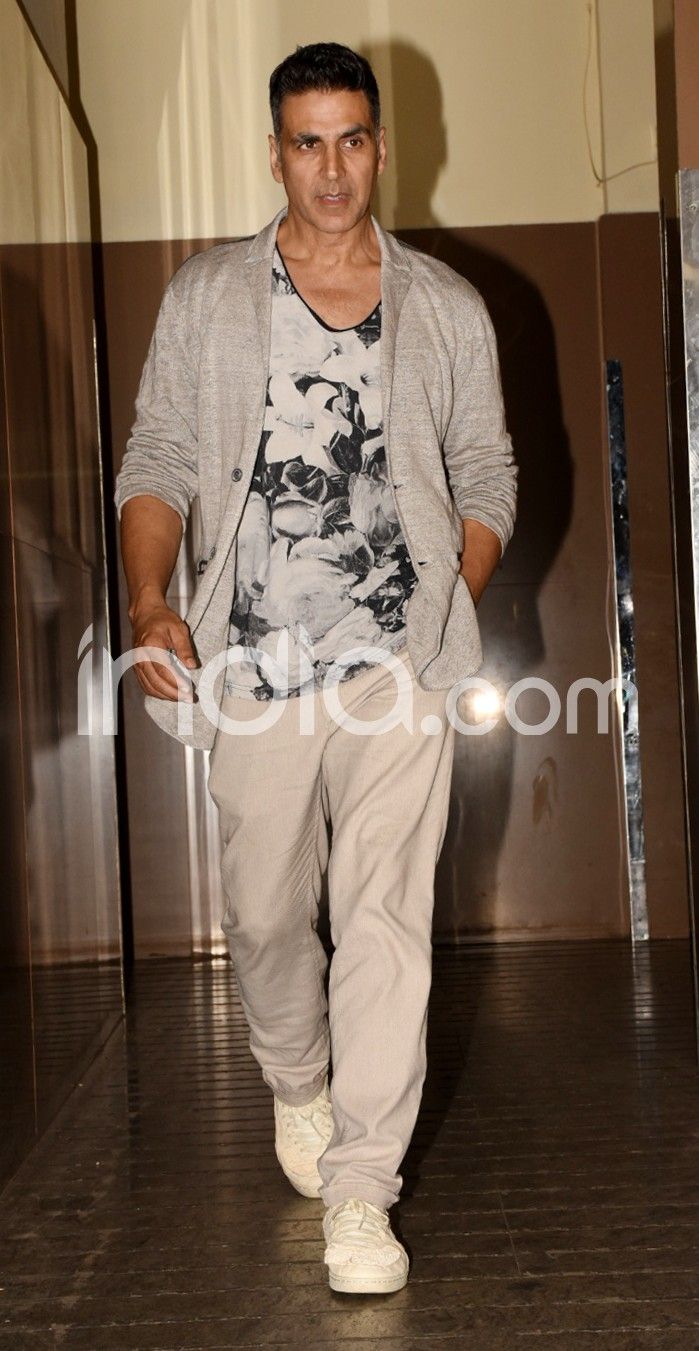 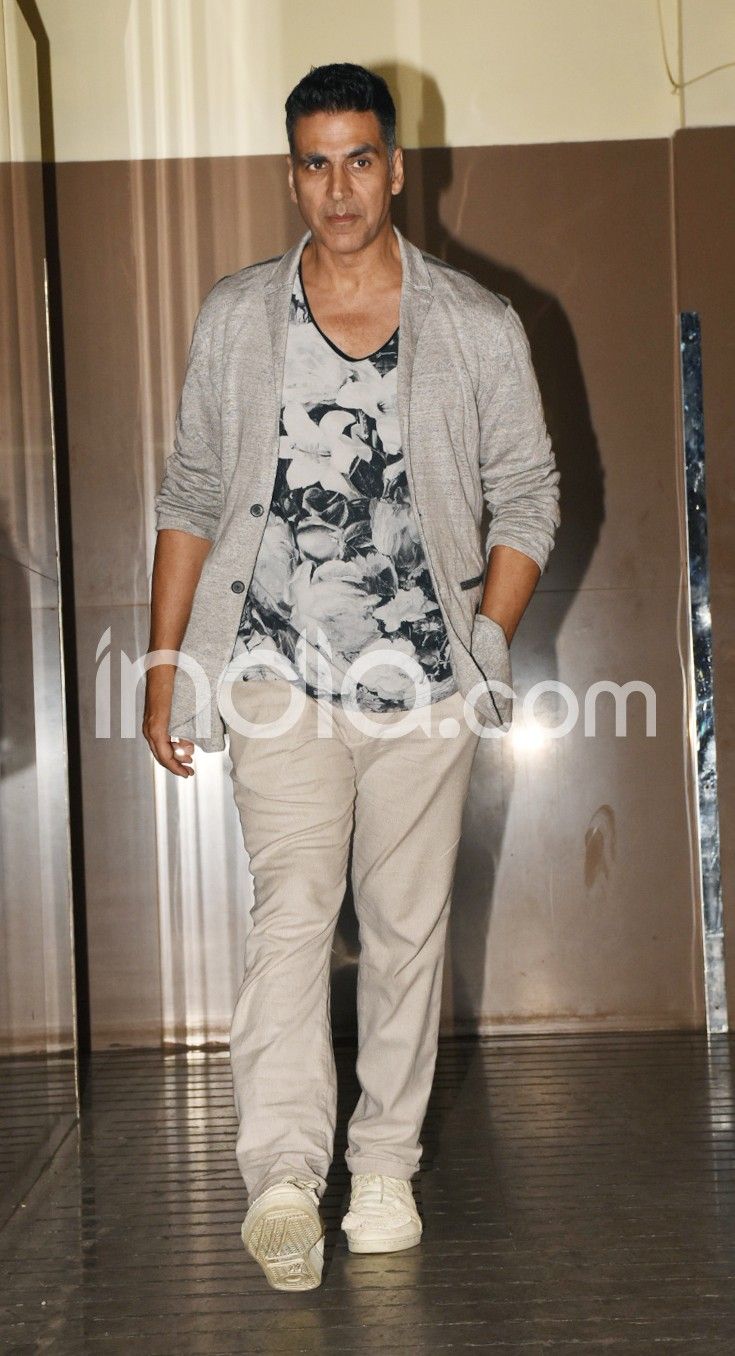 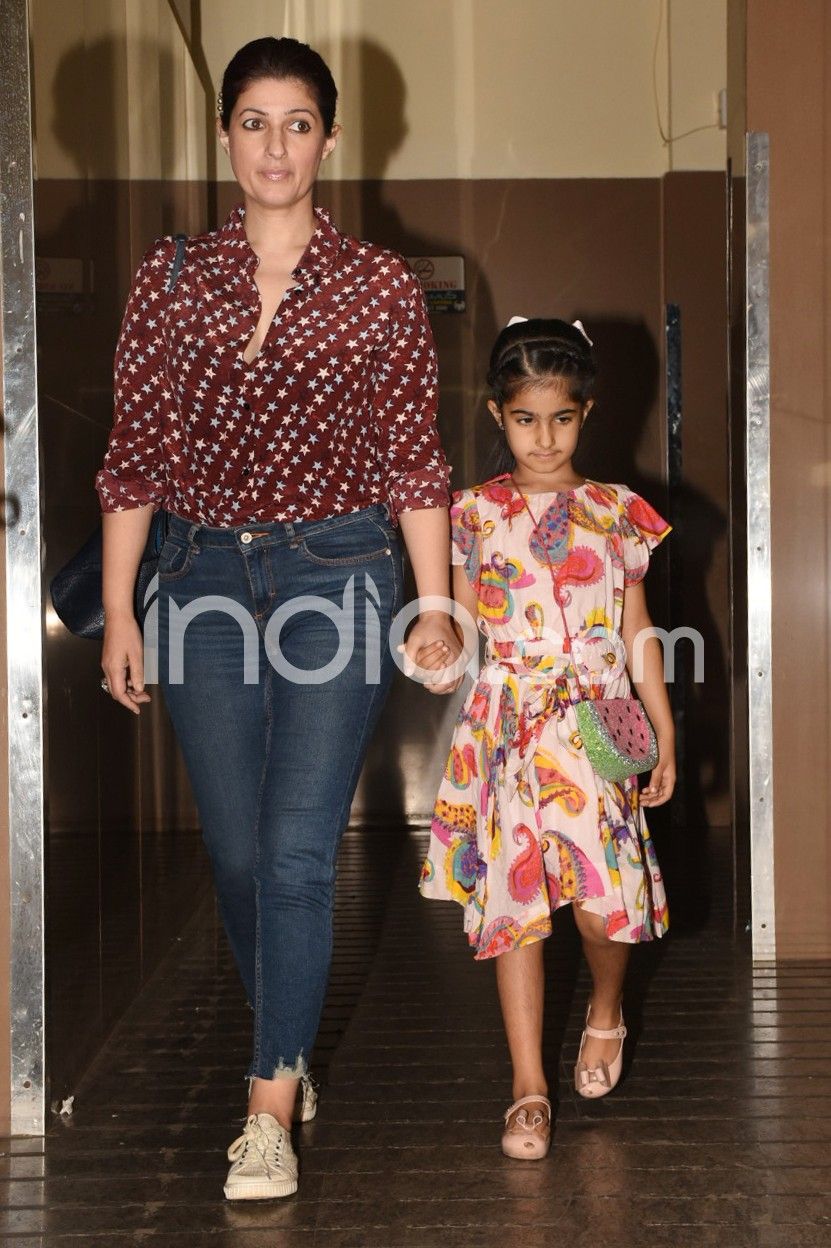 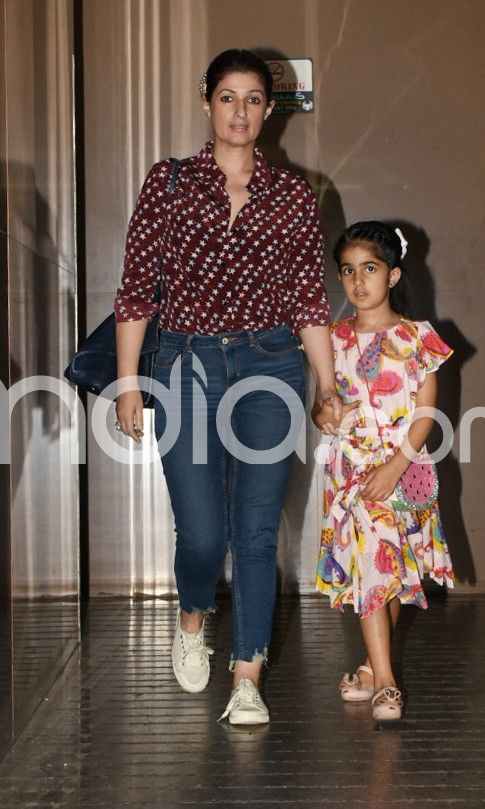 A few days ago, Akshay was seen performing a fiery stunt at an event. The actor had set himself on fire on the stage leaving the audience in shock. Post that, he shared a picture with Rohit Shetty revealing that he will be performing another fiery stunt on the former’s show.

Akshay is all set to release his next film Kesari which is based on the Battle of Saragarhi, one of the bravest battles India had ever fought. The trailer of the film was released on February 21, 2019, and the audience just cannot wait for the film to release.

Kesari also stars Parineeti Chopra who plays the role of Akshay’s love interest. The film, which is directed by Anurag Singh, is all set to hit theatres on March 21, giving fans a perfect Holi gift. Apart from Kesari, Akshay will also be seen in Good News with Kareena Kapoor Khan and Mission Mangal. Parineeti, on the other hand, will soon be seen in Sandeep aur Pinky Faraar and Jabariya Jodi.