Akshay Kumar on Kids Being Trolled Online: Nitara And Aarav Don’t Want to go on Family Dinners Because of Paparazzi

Akshay Kumar says that 'trash-talking for anyone below the age of 21 should be legally banned' online. He was speaking about star-kids being trolled on social media for various reasons by people.

Like most star parents, even actor Akshay Kumar thinks that kids should be kept away from unnecessary media attention. In his latest interview with a news daily, the actor opened up on how his kids Aarav and Nitara don’t like being clicked by the paparazzi and he thinks they should not be given attention by the media.

Akshay turned 52 on Monday and in his birthday special interview with Hindustan Times, he spoke his mind about the kind of trolling star-kids receive on social media for pictures clicked by the paparazzi. The actor said he understands he has signed up for such attention being one of the most loved faces in the country but his children should be kept out of this. He added that his six-year-old daughter is scared to go out on family dinners in the city because of the paparazzi and his teenage son doesn’t want to go out looking tired due to the fear of trolling.

Akshay was quoted saying, “It breaks my heart to hear my six-year-old daughter says she doesn’t want to come out to dinner with her family because the paparazzi will be there and she doesn’t like the flashing lights. Or Aarav not wanting to come for a movie because he just finished training and he doesn’t want to have to deal with people saying he looks tired or sweaty on Instagram and I really don’t blame them.” 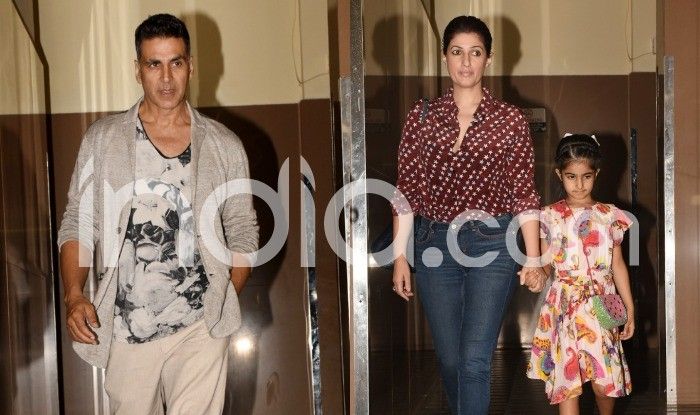 Stressing that the kids should be spared from being scrutinised for their looks online, Akshay said trolling anyone below the age of 21 should be legally banned or else it affects a child’s well-being. The actor said, “trash talking anyone under 21 publicly should be illegal. It’s sad that such a great and powerful technology such as social media is tainted by people wanting to hurt, mock, humiliate or just insist on throwing opinions with no fear of the damage such hate can cause the youth.”

Married to star author, former actor and producer Twinkle Khanna, Akshay went on to say that as a parent who’s famous, all he can do is to tell his kids that they have to be thick-skinned and develop a tendency of not getting affected by such trolling. “Star kids have enough pressure in life; the world doesn’t need to increase it by trolling innocent children,” he said.

Earlier, even actors Ajay Devgn and Saif Ali Khan have raised concerns about their kids getting too much attention from the media. In fact, Saif has lashed out at the photographers for using flash while clicking Taimur Ali Khan fearing it would damage his eyes. Ajay, too, requested the media to not click his kids after his daughter Nysa Devgn got trolled for her choice of clothes.