Alia Bhatt Talks About Her Achievements, Upcoming Film Kalank And Her Take on Commercial Films

Alia Bhatt recently said that she believes "commercial films are truly dependent on its story and after that everything follows".

Alia Bhatt is riding high on the success of her last release Gully Boy and is all set to star in Kalank which is set to release on April 17. Alia, who has appeared in commercial films like Razzi, Kapoor And Sons, 2 States among others recently said that she believes commercial films are truly dependent on its story.

Alia, who recently won the Best Actress Award at the 64th Filmfare Awards for her performance in Raazi recently said during a media interaction, “If you see films like Raazi, Stree and Badhaai Ho, these are small-budget films but they have got so much of love commercially. The truth is that commercial films are truly dependent on its story and after that everything follows”. 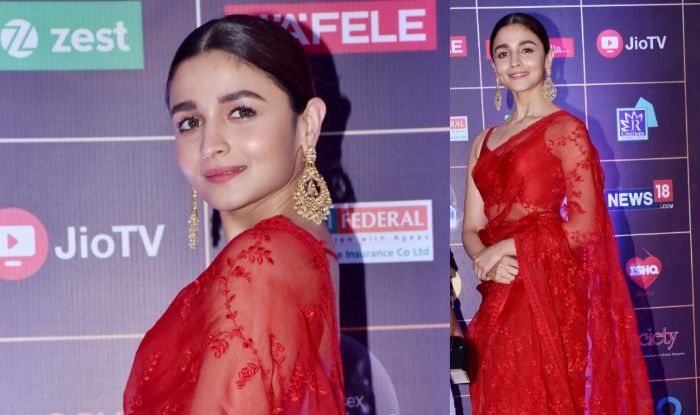 Commenting on her achievement, she said, “It is just the beginning. There is lot more to do but yeah, this year has started on a very positive note”.

When asked if she feels more responsible now, the Highway actor said, “I always try to be responsible as a citizen of India — whether I am a big star or not — and that goes without saying. I feel everybody should feel responsible. Why just me?”.

“We have just launched the second song from the movie. The title track of the film is going to be out soon which I feel is really amazing. It is one of my favourite songs in the album,” Alia said while interacting with the media at an award show.

Alia is currently gearing up for the release of her next film Kalank, which is a period drama set in the 1940s. The actor has learnt Kathak for the film and has also dropped the song where she is seen flaunting her Kathak moves.