Actress Huma Qureshi hosted a party last night and attending the do were the who’s who of the Hindi film industry. Among the top attendees were Priyanka Chopra, Akshay Kumar-Twinkle Khanna, Kunal Rawal, Patralekhaa, Sangeeta Bijlani, Kim Sharma, Dino Morea, Krishika Lulla, Karan Tacker, Bobby Deol, Amrita Arora, Kabir Khan, and Shabbir Ahluwalia among others. However, the two stars who created the maximum buzz were Arjun Kapoor and Malaika Arora. The rumoured couple left the party together, looking stylish and comfortable being clicked by the paparazzi.

Always dressed to the T, Malaika wore a lace red cami with a pair of denim and a blazer while Arjun was dressed in a casual sweatshirt and cap hiding his bald look for his upcoming film Panipat: The Great Betrayal. While the actress kept her eyes away from the cameras, Arjun posed for the shutterbugs as the two left a popular restaurant in Mumbai. Check out these pictures: 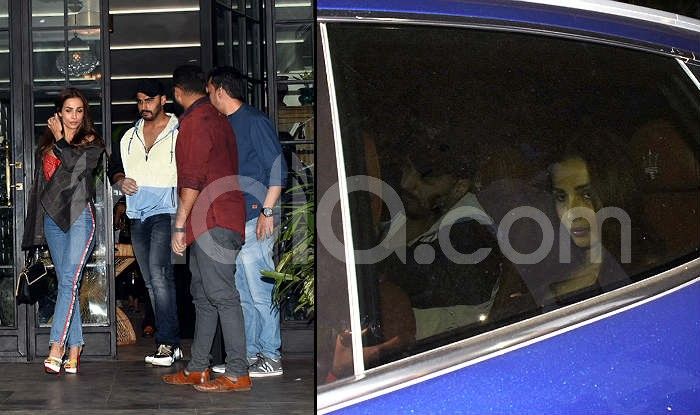 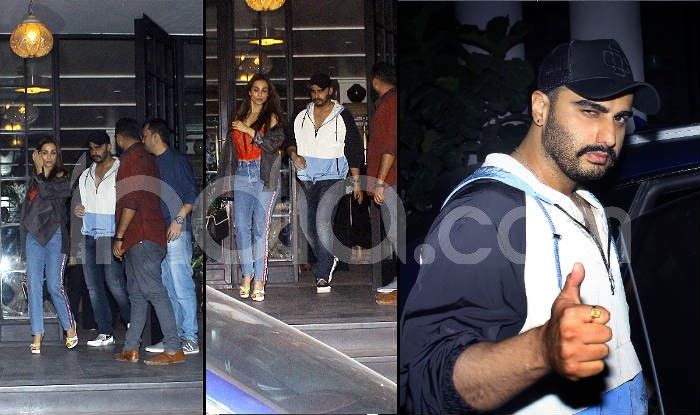 Bollywood grapevine is abuzz with the rumours of the two stars tying the knot soon. While there’s no confirmation to the same, their recent pictures show them meeting each other’s families. While Arjun was clicked on lunch with Malaika’s son Arhaan Khan, the actress posed with the Kapoor family while attending the pre-wedding functions of Akash Ambani-Shloka Mehta in Switzerland recently. See this:

In fact, seems like Malaika has also found comfort in talking about Arjun in front of the cameras. During her latest appearance on Karan Johar’s popular chat show Koffee With Karan 6, she made a statement on Arjun. She said ‘I like him this way or that way’ in between a conversation while Kirron Kher, Vir Das and Mallika Dua were present on the couch along with Karan.

Meanwhile, Malaika’s ex Arbaaz Khan is also rumoured to be getting married to his girlfriend Georgia Andriani soon.