Deepika Padukone Talks About Pay Disparity in Bollywood, Being a Top Paid Actor And More

Deepika Padukone was asked to comment on being one of the top paid Bollywood actors today, and her reply proves she's aware of the success she has and the hard work she has done to achieve it

Deepika Padukone is back to work after a year of staying away from the movie business. The actress is one of the top paid actors in India and she takes pride in the same. Deepika says that it’s something she has worked hard to achieve in life. She is of the opinion that if she is getting paid at par with her male actors in the industry, she’s contributing big to the entire debate around wage disparity in Bollywood.

Deepika was talking to Filmfare in an interview when she spoke on things beyond love, marriage, family, and Ranveer. The actress was asked how she manages to make sure she’s being paid well for her performance in a film, Deepika said that she’s someone who has the confidence to refuse to work on a film where she is not being paid as equal to her male counterpart. She said, “Often, I’m willing to let go of work because I know how much other people are getting paid. People try to short-change you. I’m confident enough to say no to a film, an endorsement or even an appearance. I’m not doing this for me. I’m doing this because I’d like to pave the way for the generations that’ll follow. Someone has to take this head-on. I’m happy to do that”.

Deepika’s last release was Padmaavat, which hit the screens in January 2018. She had wrapped up the shooting for the film in 2017 itself. Her next film will go on floors next year, which means she practically had no movie to shoot for more than one year. Is it because of money? Deepika answered this in the same interview and said that nothing excites her more than getting up in the morning and going on a film’s set and money was not the reason behind not taking up a project. 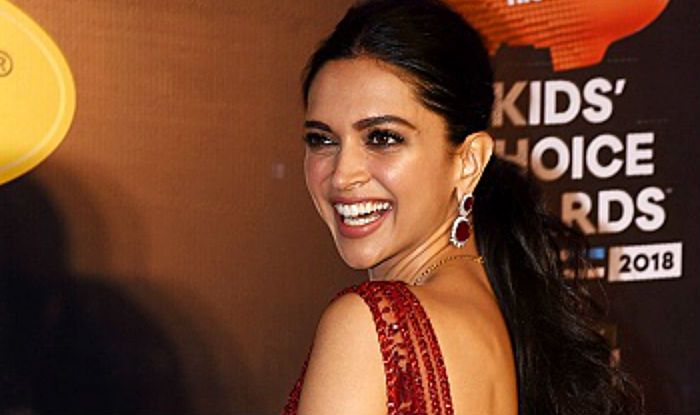 She explained, “When it comes to movies, I’m always led by my heart, my gut, and my instincts. Nothing excites me creatively enough than to get up and go to work. Even when I did four films simultaneously, it wasn’t because I wanted to do four films a year. It’s because they were all different and creatively exciting”.

She also talked about the situations in which she would happily like to take a cut in her fee. She said, “It would depend upon how much the male actor is getting paid. Everyone knows who’s getting paid how much and why so. I’m not delusional when it comes to that. I’m also aware of how much I deliver vis-à-vis the Khans, vis-à-vis the newer boys like Ranveer Singh, Ranbir Kapoor or Varun Dhawan. I know where I stand. I’m also aware of the production costs. I don’t want a penny if the money is going to the film. But I’ll not settle for being paid less because they need to compensate for the male actor. If you’re going to say that don’t charge so much because we want Ranbir Kapoor in the film and we’ve got to pay him, then I’m not okay with it. I’ll then demand an equal amount”.