Priyanka Chopra's brother Siddharth Chopra was expected to get married last weekend, However, the wedding didn't happen and now, things seem to have taken a strange turn.

The wedding of actor Priyanka Chopra‘s brother, Siddharth Chopra seems to be an unsolved mystery. He was reportedly scheduled to get married last weekend with Ishita. However, as reported by their mother, Dr Madhu Chopra, the wedding got postponed because of the bride’s emergency surgery. Ishita even posted a picture of herself from the hospital revealing that she had to undergo a painful surgery but she was recuperating well. However, now, in a strange turn of events, things don’t seem right between the two families.

On Thursday, Ishita posted another picture of herself from a restaurant with a cryptic caption. Her post talked about ‘beautiful endings’ and read, “Cheers to new beginnings. With a goodbye kiss to beautiful endings.” The comments of her family members asking her to stay strong during this time add more mystery to everything. And now, her Instagram account stands deleted. Check this out: 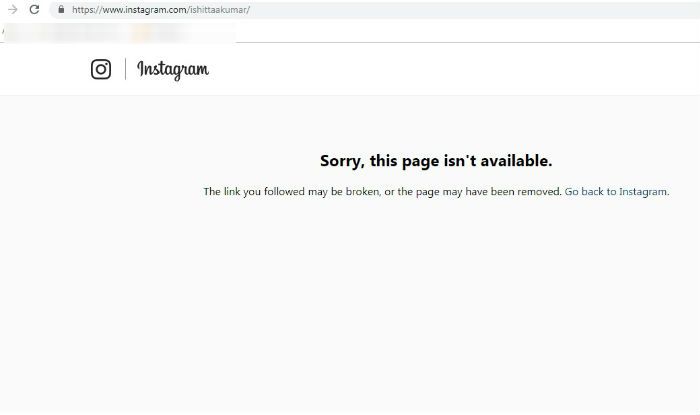 More striking is the fact that Priyanka Chopra has unfollowed Ishita on Instagram after returning to the US. The actor came home for the wedding of her brother. However, she left within six days after casting her vote for the ongoing Loksabha elections and launching her mother’s new venture in Mumbai. Later, when her mother was asked to comment on the delay in the wedding, she revealed that the bride had to undergo urgent surgery and that’s the reason the wedding has been postponed.

So proud of my baby brother. Ishita welcome to the family…you are so beautiful together…I wish you both the best for the future! Happy Roka!! @ishittaakumar @siddharthchopra89 ❤️🎉

This is not it. PC’s brother and Ishita got their Roka ceremony done last month. The pictures from the ceremony surfaced the internet and were shared by Priyanka herself. She and her husband Nick Jonas welcomed Ishita into the family with a lovely note. However now, before her Instagram account was deleted, the pictures of her Roka disappeared from the account. There was no picture in which she could be seen posing with Siddharth Chopra. The photos were deleted.

Siddharth had announced his wedding with another girl in 2014 as well. However, that was also called off after the Roka without any official statements from any end.

So far, the families have maintained that the wedding is delayed not called-off but there’s definitely something fishy!