Setting fans on a frenzy the moment her pictures started flooding the Internet, The Kargil Girl star Janhvi Kapoor slew like late actor-mother Sridevi as the former recreated her look from 1989’s Chandni. The party theme was 90s Bollywood and organised by producer Amritpal Singh Bindra. Nailing the yellow saree look, Janhvi set the temperatures soaring across the Internet much as fans dipped in nostalgia.

Taking to her Instagram handle, Janhvi shared pictures where she can be seen donning the sheer yellow saree with a matching set of bangles. While one picture showed her posing with friends Karan and Shashank Khaitan, a boomerang video showed designer Manish Malhotra dramatically waving her pallu as she faked a surprised expression. 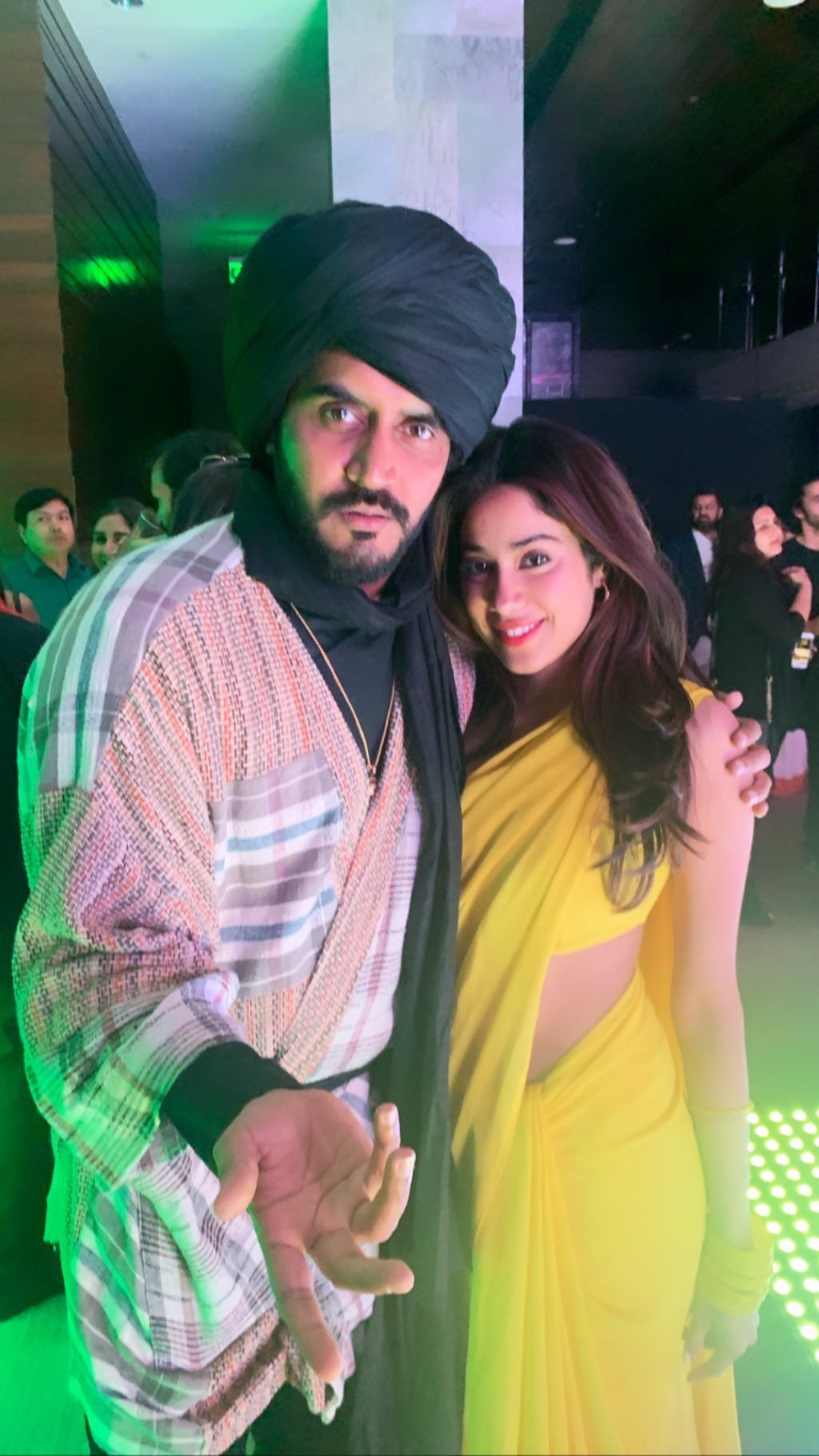 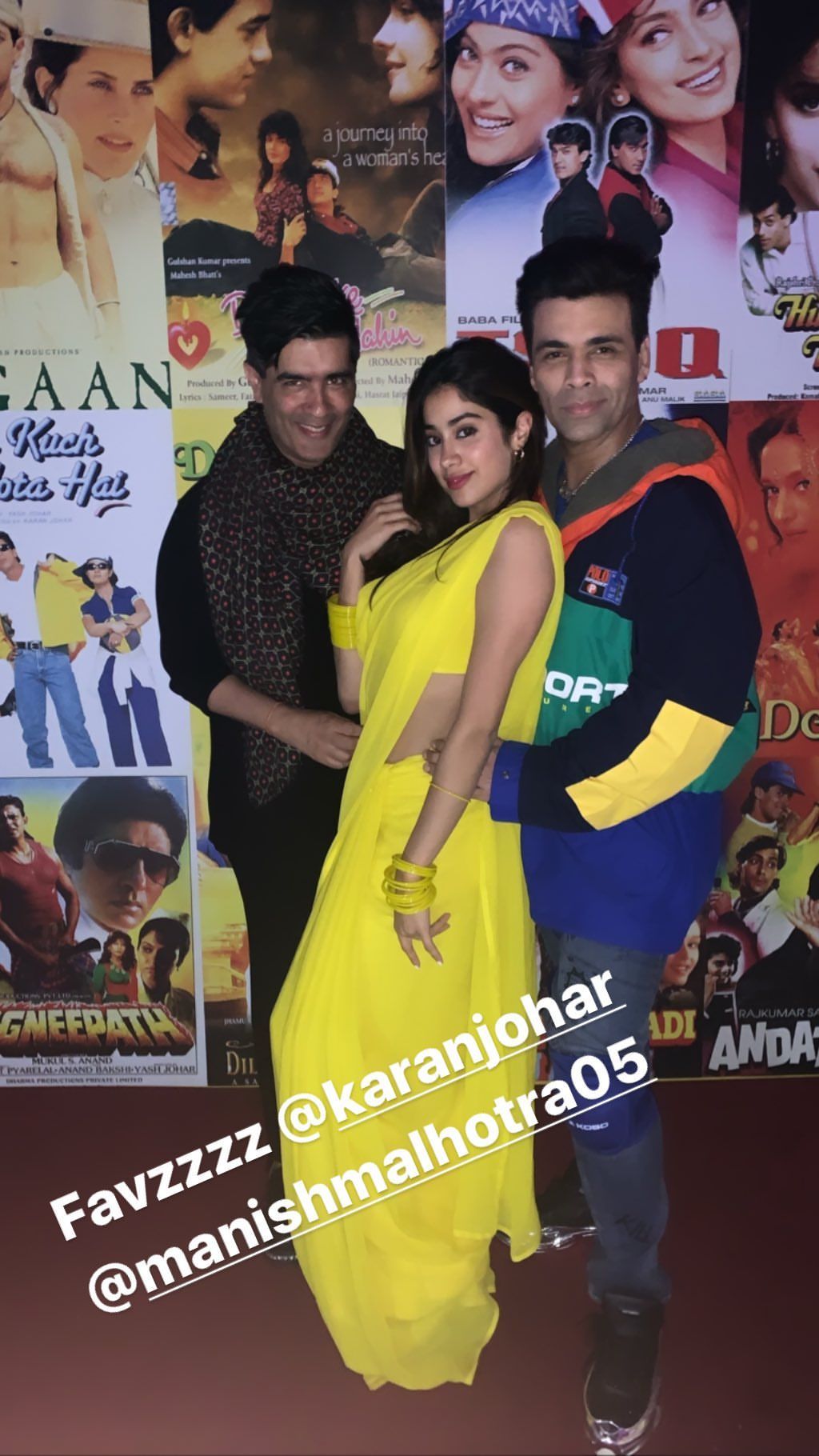 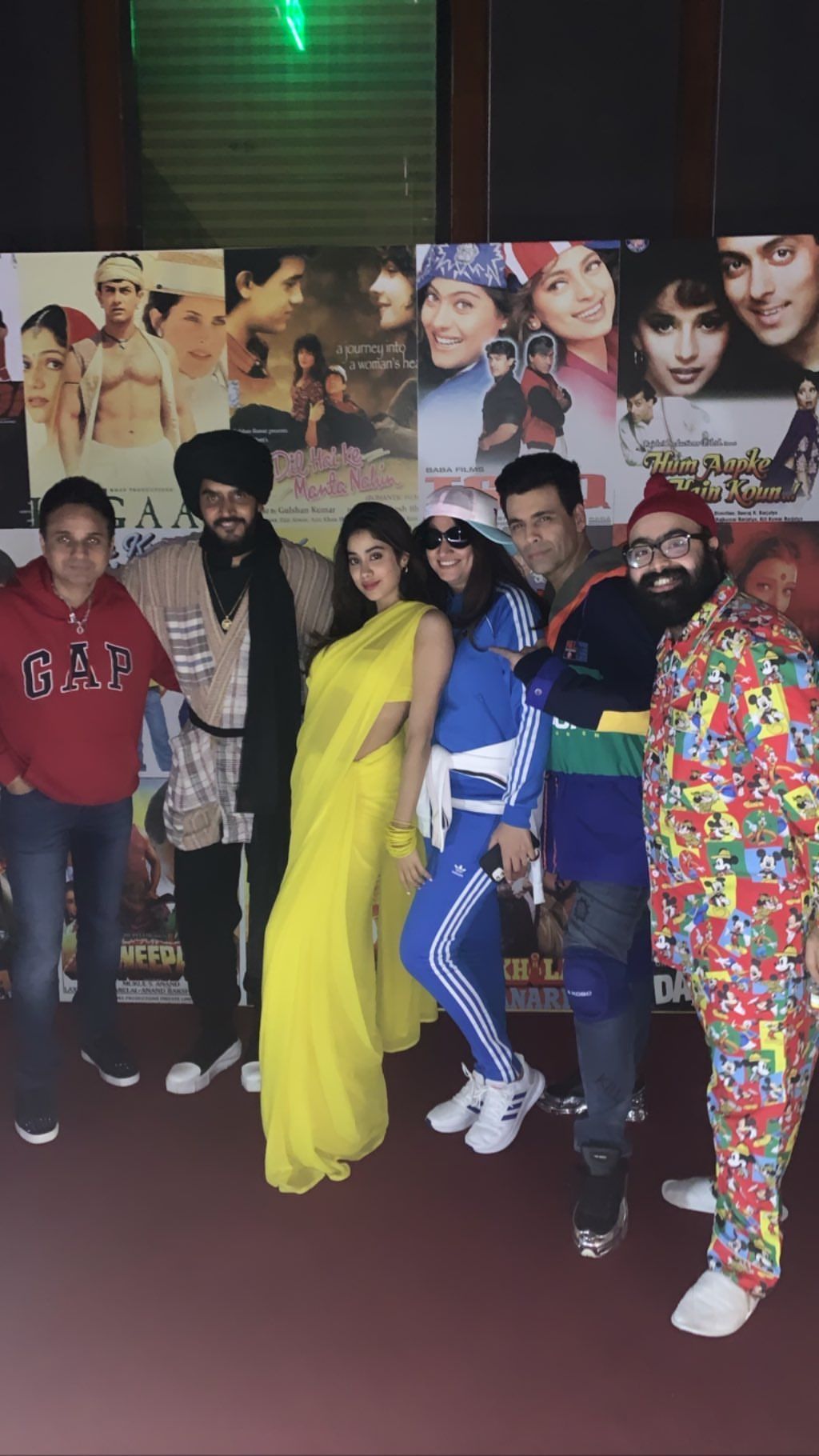 From marking an end of “night shoots” to being papped at the airport after returning to the bay, Dostana 2 lead pair Janhvi Kapoor and Kartik Aaryan recently completed the Punjab schedule of their upcoming Karan Johar production. The duo had even shared pictures with the cast and crew to announce the nailing of the first part.

Apart from these, Janhvi had wrapped up shooting for The Kargil Girl, her upcoming biopic on Indian Air Force fighter pilot, Gunjan Saxena for which she and her co-star Angad Bedi, who plays her brother in the upcoming movie, had been shooting in Georgia. Directed by Sharan Sharma, who has also co-written the script with Nikhil Mehrotra, the movie is bankrolled by Karan Johar’s Dharma Productions and Zee Studios. Also starring Vineet Kumar Singh, Angad Bedi and Manav Vij in pivotal roles, The Kargil Girl will hit the cinema screens on March 13, 2020.

She also has Karan Johar‘s Takht to begin early next year and now, reports suggest that she is being finalised to play the lead in YRF’s much-awaited sequel – Bunty Aur Babli 2.