Janhvi Kapoor parties the night away with Priyanka Chopra, Ishaan Khatter and others

Everytime she steps out of her abode, actress Janhvi Kapoor makes sure she’s treating the world as her runway. The latest picture of the actress is proof of the same. In a new picture that has surfaced on Instagram, Janhvi can be seen expressing her style spreading sparkles around. Dressed in a shiny-sparkly outfit by Alexander Terekhov, the actress looks like she’s on her way to conquer the world. Janhvi’s walk is that like of a true diva in the picture. She has added a pair of white-golden sneakers and timid studs to go with her look. Janhvi has made sure the dress do the entire talking for her. Check this viral picture:

Switching her vibe and outfit from last night! @janhvikapoor 🔥 in @terekhovofficial 🙌🙌🙌 assisted by @saanchigilani

This is the picture from Sunday, March 12, when Janhvi attended a party hosted by Priyanka Chopra along with other industry buddies. The party saw prominent names of Bollywood including Sushant Singh Rajput, Jacqueline Fernandez, Huma Qureshi, Tabu, Ishaan Khatter, and Aayush Sharma among others. PC even posted a picture of herself with the entire gang while partying the night away. She, in fact, posted three photos showing how much fun she had with her group of Bollywood friends. She captioned her post as, “Lovely night with lovely people. Thx @rohiniyer that was so fun! ❤️💋” (sic). Check out the post here:

Lovely night with lovely people. Thx @rohiniyer that was so fun! ❤️💋

Janhvi’s appearance at the recently held Ambani-Mehta’s wedding festivities also remained much talked about. For the wedding, she wore an embellished bubblegum pink coloured Manish Malhotra lehenga. For her appearance at the wedding reception, she dolled up in a stunning golden-green lehenga from the designer duo Abu Jani & Sandeep Khosla‘s revival mirror-work collection. Janhvi looked stunning in both her appearances. Check these pictures: 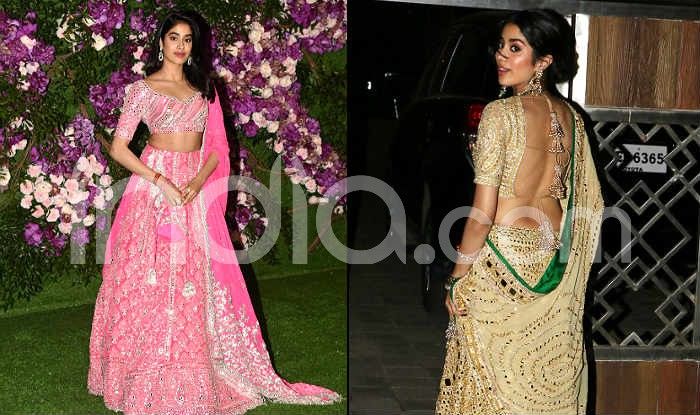 On the work front, the actress is currently shooting for Kargil Girl, a biopic on IAF pilot Gunjan Saxena who played an important role in the 1999 Kargil War. She also has Karan Johar’s Takht in the pipeline.