The teaser of Karan Johar‘s next production, Kalank is here. As expected, the teaser looks grand, magnificent and holds its characters in a larger-than-life avatar. Featuring Alia Bhatt as the royal Roop and Varun Dhawan as the handsome blacksmith Zafar, it hints at a love story marred by both the religious and class differences.

Madhuri Dixit, who plays the character of Bahaar Begum in the film appears nothing short of magic in the teaser. She is indeed the enchantress, as described by the makers while releasing her introductory poster. Sanjay Dutt, as Balraj Choudhary, is the patriarch, who looks intense and keeps himself busy in assessing what lies in future for him and his family. Aditya Roy Kapur and Sonakshi Sinha play a couple. While the man is suave and ready to fight to safeguard his family, the woman is an epitome of emotions and sacrifice. Together, these splendid characters paint the canvas of Kalank with red – a colour of blood and love. 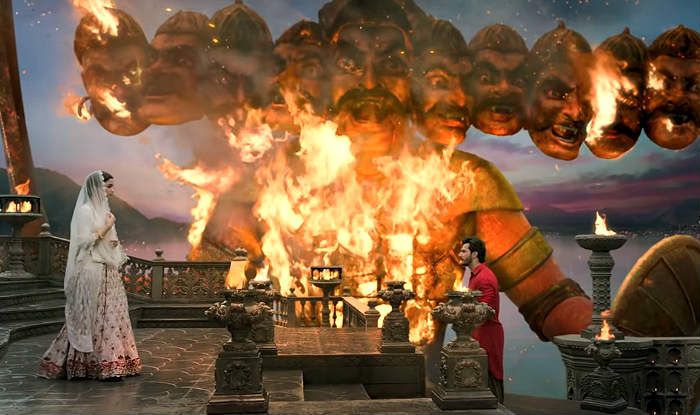 Apart from the stunning sets, the dialogues in the film have been highlighted in the teaser. Even though the entire teaser is backed with music that will live with your for sometime, the two dialogues stand out: “Kuch Rishte Karzon Ki Tarah Hote Hain, Unhe Nibhana Nahi Chukana Padta Hai” and “Jab Kisi Aur Ki Barbaadi Apni Jeet Jaisi Lage Toh Humse Zada Barbaad Koi Aur Nahi Hai Is Duniya Me.” Check out the teaser here:

The teaser also shows a conflict between heart and mind. While in one still, Dev (Aditya) is seen sharing his pain with Satya (Sonakshi), in the other scene, he is seen marrying Roop, Alia’s character. There’s also one scene in which Roop and Zafar are seen walking towards each other on what seems like the day of Dusshera as the big effigy of Ravana is seen burning in the background. 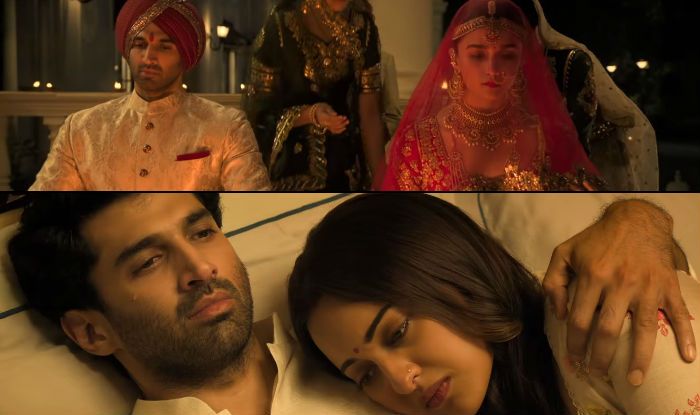 The film, set in the India-Pakistan partition era, is directed by Abhishek Varman and the teaser showcases an appealing film in all its scenes. We can’t wait for the trailer now! Kalank releases on April 17.