Kangana Ranaut vs Hrithik Roshan: Actress Says ‘he Can Never be Where I am’ Commenting on The Controversy

Actress Kangana Ranaut once again talked about her infamous legal battle with actor Hrithik Roshan. She was present at a recently held conclave and Kangana minced no words in giving a straight answer to a question related to Hrithik. When asked whether she would like to switch her place with the actor, she was quick to mention that she doesn’t think Hrithik will ever achieve what she has.

She said, “He will never be where I am.” Kangana also mentioned her shock over how the case has unfolded from the actor’s side. She said she has worked with him in two films and he has even denied knowing her, which is something she hasn’t been able to understand. Kangana said, “Talking about this so-called case which never actually happened, here’s a person I have worked within two films. He is completely denying even knowing me and getting away with it. How does that even happen?”

The actress, who was recently seen in Manikarnika: The Queen of Jhansi, had alleged that Hrithik dated her, however, the latter refused to believe the claims saying he would ‘rather be in a relationship with the pope’ than her. 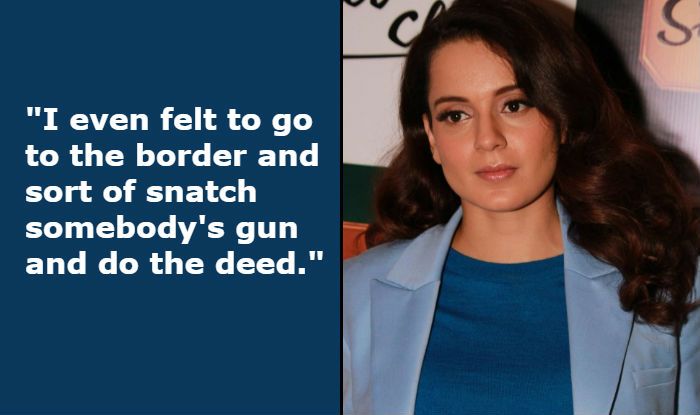 Kangana had been the favourite child of controversy in the Bollywood’s grapevine due to her habit of being vocal on issues. Recently, she also talked about the cowardly Pulwama attack in which 40 CRPF troopers got martyred on February 14. Pakistan-based terror outfit Jaish-e-Mohammed took the responsibility of the attack. Reacting to the same, Kangana said that ‘Pakistan ban is not the solution, Pakistan destruction is’. The statement received criticism from those vying for peace between the two nations.

Talking at the same conclave, Kangana clarified her stance on the statement made. She called it an expression of ‘instinctive sentiment.’ She said, “I think it was very sort of instinctive sentiment that we all felt that time when we were faced with that type of shocking incident. It was possibly the most brutal and most inhuman in centuries, it will always be a deep scar, wound in our conscience.”