Lisa Haydon on Being Trolled For Posting The Breastfeeding Photo: I Felt Uncomfortable

Lisa Haydon had posted a photo of her breastfeeding her baby, on Instagram. She was heavily trolled for the same

Lisa Haydon had posted a picture of her breastfeeding her baby, Zack Lalvani, a while back, on Instagram. The actress was trolled for posting the picture. While some called it an attention-seeking move, others tried to sexualise the photo. Lisa’s picture marked the occasion of World’s Breastfeeding Week. She wrote about the benefits of breastfeeding and how nursing brings a mother and her child closer.

I've gotten loads of posts asking about life after having my son… esp to do with weight and fitness. Seeing as it's World Breastfeeding Week- time to give some credit where credit is due. Breastfeeding has played such a big part in getting back into shape after giving birth to my baby. Breastfeeding has been challenging+time consuming (literally hours spent everyday trying to stimulate milk supply) but it's such a beautiful way to bond and connect with your child plus all the nutritional benefits that your child gets from your milk. Look out for my blog post on mycityforkids.com on breastfeeding. Happy #worldbreastfeedingweek

Now, almost a year later, the actress expressed her views on being mercilessly trolled for the above post. While talking to IANS, the actress revealed that she was surrounded with so much of negativity when she had made that post on Instagram. Lisa said, “I certainly felt uncomfortable at times when I was asked if I was still breastfeeding my baby and it had only been four months. Some people told me I am not a cow, my baby should not feed off me and there were many things that made”.

She also talked about breastfeeding and how it helped her stay in shape. Lisa added, “I felt very fortunate and blessed to be able to breastfeed my kid for as long as I did. I would definitely encourage every mother to do so, and it is something I definitely stand by”. 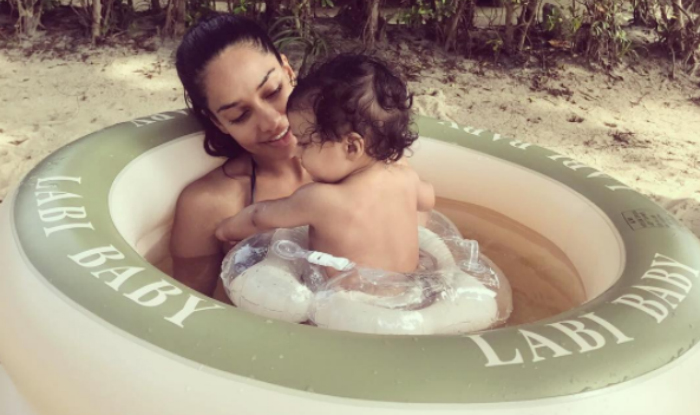 The actress, who is away from the mainstream industry for a while now, went on to say, “All mothers should nurse their children since it helps the two bond as motherhood has helped me learn how to pick and choose more than before because now I have the time to do it”.

To all our dear trolls, get a life!