Actress Malaika Arora has gotten away with the ‘Khan’ in her name. She says she’s rejoicing this new found freedom and is glad that she could take the difficult decision without thinking about no one but herself. The actress, in her latest interview with Anupama Chopra, stressed the value of having someone in life and also talked about the rumours of her Christian wedding with actor Arjun Kapoor.

Without giving much away, she said that all the news of her wedding is a ‘media speculation.’ She laughed and said, “Everyone wants to move on, find love and companionship and meet people they relate to. And the ones who can are really lucky.” Malaika added, “Everyone wants to be in love again, to be in a relationship. Nobody wants to be alone and single for the rest of their life. Irrespective of what everyone said around me, I am glad that I made this choice on my own.”

The actress expressed how her divorced with Arbaaz Khan made her stronger and she is happy today to be leading her life without any baggage. She said, “Divorce is a huge step. It gave me freedom in the sense that I could make a choice that I stand by. It is a choice that is not applauded by many but it gives you the freedom to move on, to make new choices, to go ahead in the world with your head held high and without feeling the past baggage.” 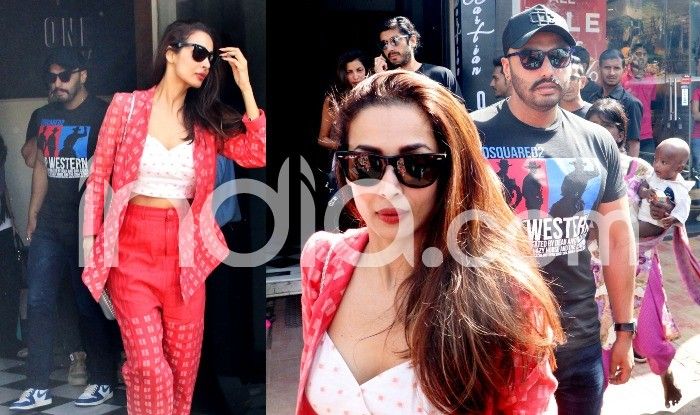 Malaika and Arjun seem more comfortable with the media while talking about their relationship now. The two are often spotted dining out on weekends and pose for the paparazzi stationed outside the restaurants. In fact, both of them are also trying to gel well with each other’s family members. While Malaika is seen going out with the Kapoors, Arjun has also been seen on lunch with the actress’ 16-year-old son Arhaan Khan.