Malaika Arora Finally Reveals Why She And Arbaaz Khan Got Divorced, Says we Were ‘Extremely Unhappy’

Malaika Arora finally reveals it all

Actress Malaika Arora has finally opened up on her divorce with actor Arbaaz Khan. The two were in a happy marriage until they decided to get separated in the year 2017. The duo announced that there were irreconcilable differences between the two, therefore, they decided to part ways. They have a son named Arhaan Khan.

Now, on a chat show, hosted by her good friend and actress Kareena Kapoor Khan, Malaika answered what really led her to end her 19 years of marriage with Arbaaz. Getting candid, Malaika explained that they weren’t able to keep each other happy and often ended up upsetting people around them. She said, “We eventually did think about a lot of things and weighed every single pro and con. And then we decided, it’s better off that we move our separate ways because we’d just be better people. Because we were two people in a situation making each other extremely unhappy which was impacting everybody else’s life around us.”

Malaika then went to reveal how life gets difficult for a woman after divorce. She told Kareena, “It’s the biggest disparity there is among all the other disparities there are which women have to face.” 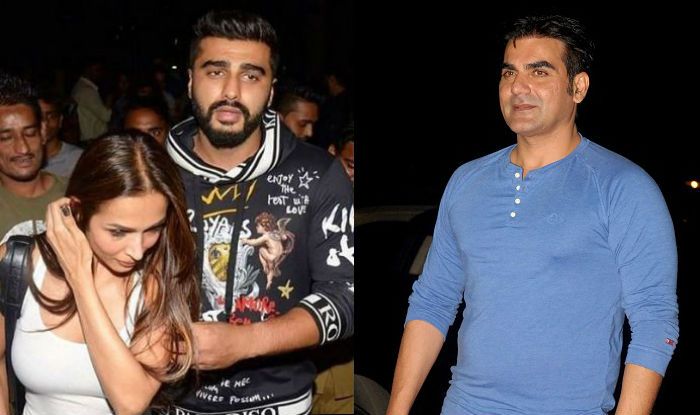 Malaika and Arbaaz were granted the divorce on May 11, 2017. While the two remained shushed about what went wrong between them, they later were seen moving on in life. While Arbaaz has accepted now that he is seeing someone, Malaika has stated that she’s happy in life today.

Speculations are rife that she is in a relationship with actor Arjun Kapoor with whom she is often papped outside popular restaurants in Mumbai. In fact, she even took her son out on lunch with Arjun recently. The three happily posed for the paparazzi later. Meanwhile, Arbaaz is seen attending various events and Bollywood parties with model Georgia Andriani.