After the screening of Mowgli: Legend Of the Jungle, many Bollywood celebrities walked the red carpet at a gala event in the evening. Kareena Kapoor Khan, Madhuri Dixit, Radhika Apte and other stars looked stylish and shined brightly. Bebo once again proved that she is the ultimate style queen of Bollywood. The lady wore a shimmery off-shoulder high-slit dress with matching heels. With bold smokey eye makeup and wet hair, the actress was dressed to kill.

She was all smiles for shutterbugs. The actress also posed with Madhuri Dixit. The latter looked gorgeous in a blue outfit. Both the divas were dressed to steal your heart with their killer looks. 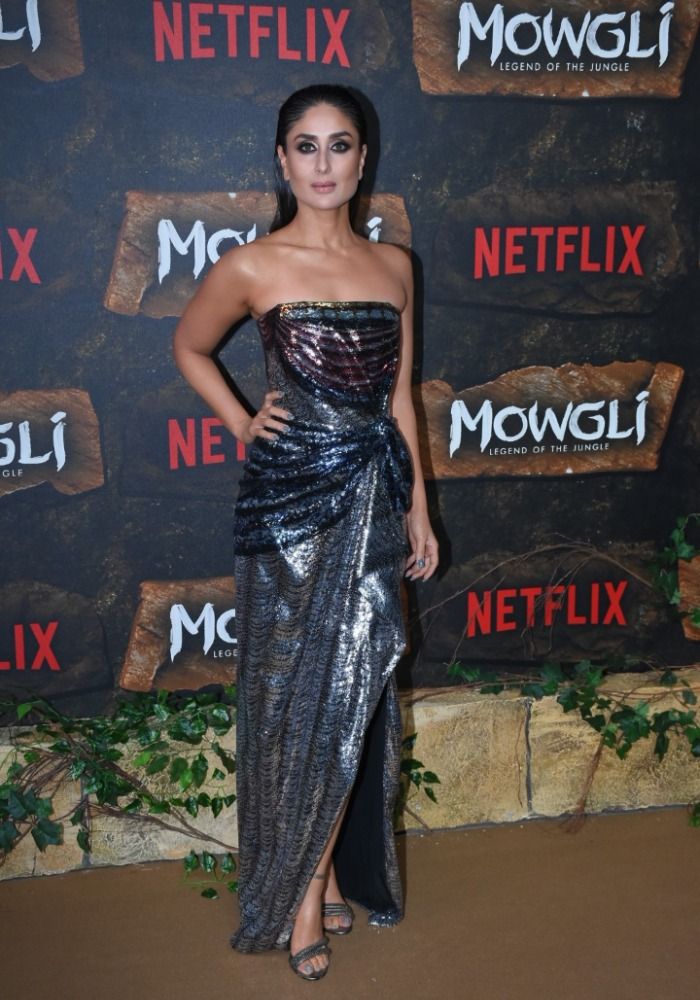 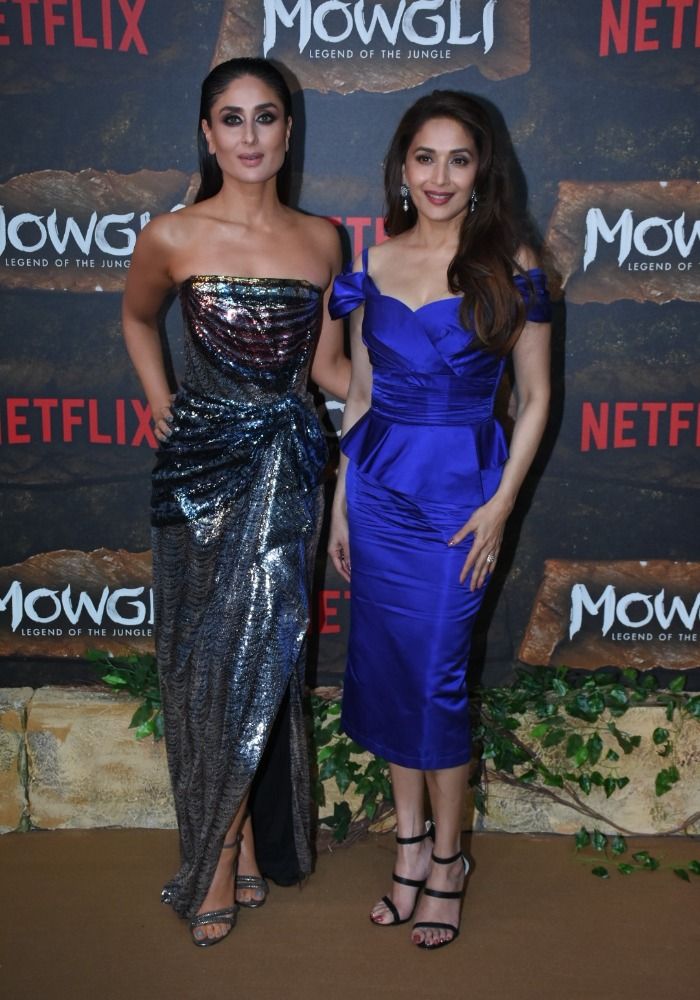 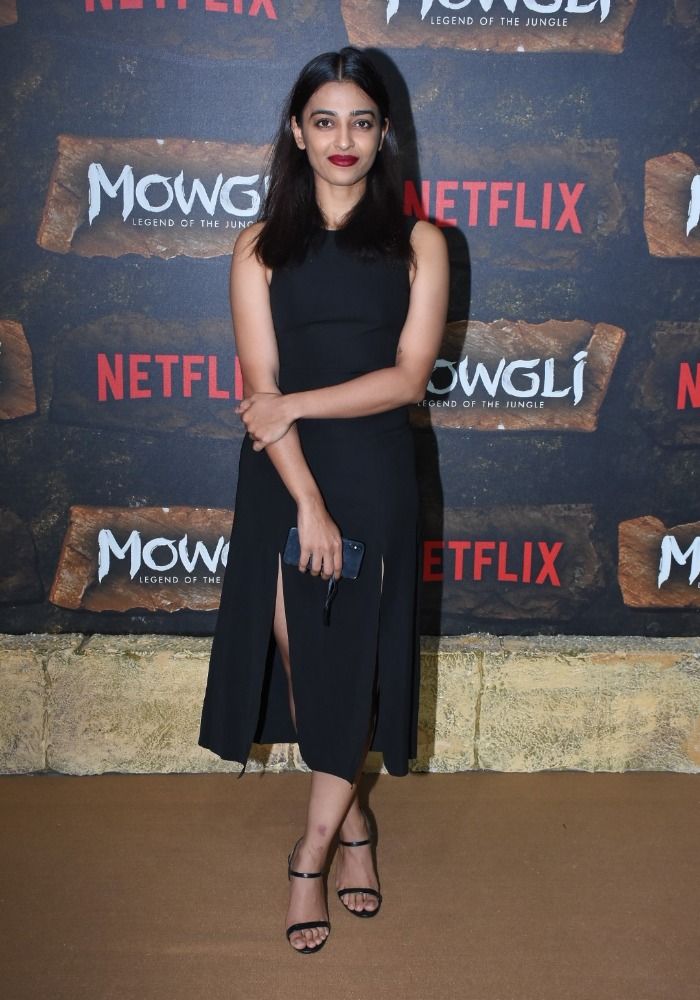 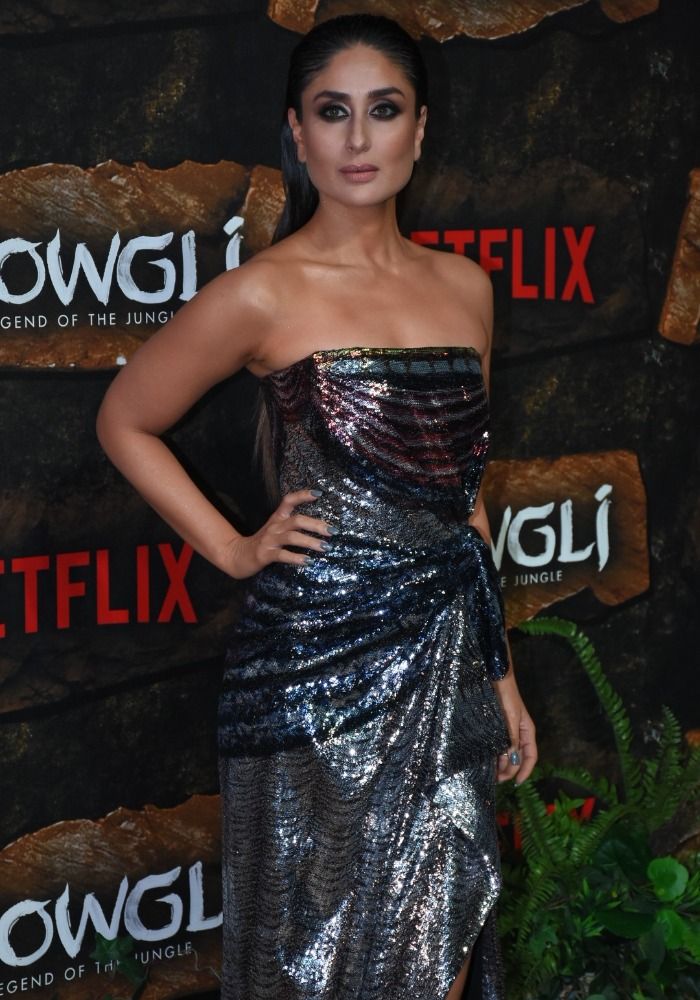 Bebo never fails to make headlines whenever she steps out of the house. Lately, she attended an event in Delhi where she looked stunning in a white saree designed by Manish Malhotra.

Kareena was last seen in Veere Di Wedding. She has some good projects in her kitty. The actress is all set to share the screen space with Akshay Kumar and Diljit Dosanjh starrer Good News. She will also be seen in Karan Johar’s Takht with Ranveer Singh, Vicky Kaushal, Bhumi Pednekar, Janhvi Kapoor and Arjun Kapoor.

On a related note, Hollywood bigwigs like Cate Blanchett, Benedict Cumberbatch, Christian Bale and Andy Serkis have given their voices for the English version of Mowgli: Legend of the Jungle. The Hindi version will have Bollywood celebs like Anil Kapoor, Abhishek Bachchan, Kareena, Madhuri and Jackie Shroff.

Other than Hindi, the film will also be dubbed in Tamil and Telugu. Its trailer received positive response from the cinema lovers. Mowgli: Legend Of The Jungle will be premiered on Netflix on December 7. It is yet to be seen if the golden voices of Bollywood celebs manage to spell magic on the Indian audience.