Parineeti Chopra Tries to Keep Herself Warm as She Strikes a Pose in London, See Pictures

Many Bollywood celebs are enjoying the holiday season with their friends and families. While the Kapoor’s had a get-together on Christmas Eve at Kunal Kapoor’s residence, Salman Khan hosted a grand Christmas party at his residence where many celebrities like Katrina Kaif, Karan Johar, Amrita Arora and others were spotted. Now, Parineeti Chopra who was busy with her sister Priyanka Chopra’s wedding functions has taken out some time for herself and is off to England to celebrate New Year’s in London.

Prineeti flew to London a few days back with her family and friends. Earlier today, Parineeti took to her Instagram to share a few pictures of herself in London. Dressed in winter wear, Parineeti can be seen keeping her hands warm by keeping it close to her face. The glow in her eyes is proof that the actor is having a gala time in London’s chilly weather.In another picture, Parineeti thought it was time to pose and struck a smiling pose for the camera. 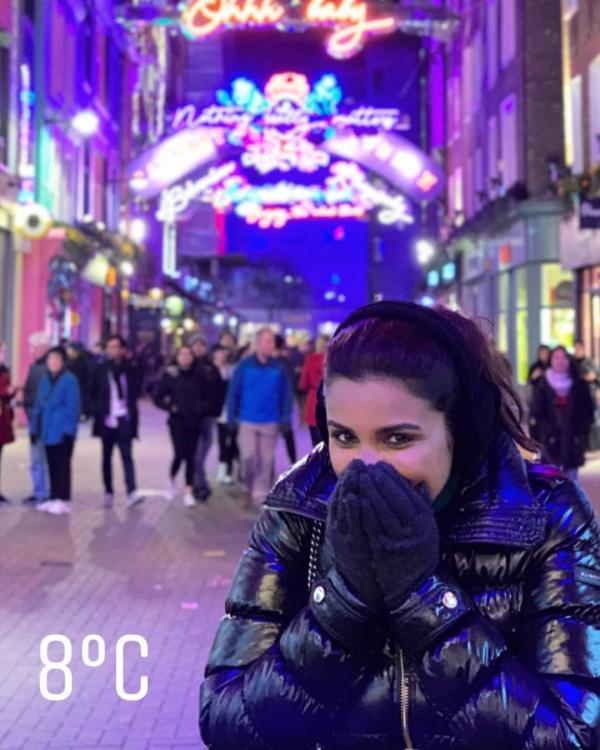 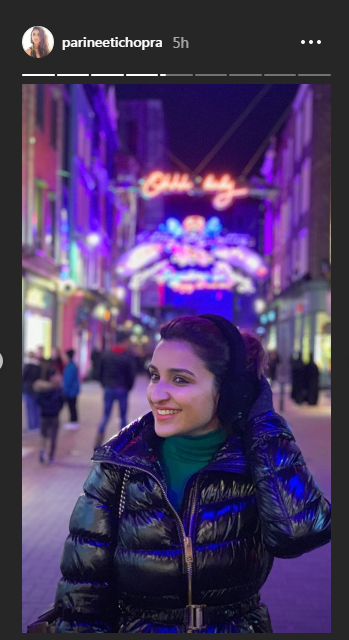 On the professional front, Parineeti will next be seen in Dharma Productions film – Kesari, with Akshay Kumar. Kesari shows Akshay Kumar as Havildar Ishwar Singh, who led 21 Sikh soldiers against an army of 10,000 Afghan men. The story is about the Sikh leader who participates in the Battle of Saragarhi, while wanting to earn the respect of his estranged daughter.will release on March 21, 2019.

Directed by Anurag Singh, the film is bankrolled by Cape of Good Hope Films and Karan Johar‘s Dharma Productions. The team recently wrapped up the final schedule in Jaipur and the film will hit the theatres next year on Holi. Kesari is slated to release on March 21, 2019.