Hello Hello, the new song from Vishal Bharadwaj’s Pataakha, featuring Malaika Arora is out now. A peppy dance number, it has been sung by Rekha Bharadwaj, while the lyrics of the song have been written by Gulzar.

Malaika’s sexy dance moves and the earthy voice of Mrs Bharadwaj make for a perfect match in Hello Hello. However, one misses the energy that Malaika’s performance had in her other popular hit numbers — Munni Badnaam (Dabangg, 2010) and Anarkali (Housefull 2, 2012) among others. In fact, with the kind of popularity the actress has when it comes to performing on raunchy dance numbers, she might appear underutilised to some.

The choreography in the song has been designed by Ganesh Acharya. Watch the new Hello Hello song video from Pataakha here:

Earlier, talking about being a part of the film with a special dance number, Malaika had told PTI, “It was great fun shooting for the song. I have immense respect for Vishal sir and Gulzar sahab. Rekha has sung the song. They have created magic in the past and I am very happy to be the part of this track. I love the title of the film and title of the song.” 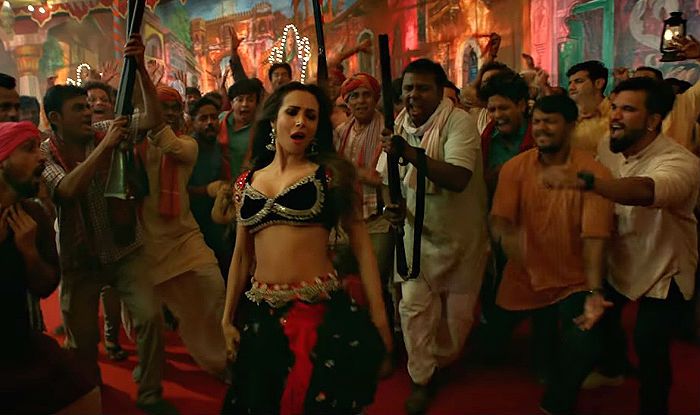 Pataakha, featuring Sanya Malhotra and Radhika Madan in pivotal roles, is a story based on a book by writer Charan Singh Pathik. The film, also starring Sunil Grover, Vijay Raaz, Namit Das, Abhishek Duhan and Saanand Verma in other important roles, is slated for release on September 23.

The trailer of the film, that was released last year, was widely appreciated by the audience.