The White Tiger: Priyanka Chopra treats fans to 'glam time' selfies from in between the shoot and 'set life' and our Tuesday is already made!

Shooting in Delhi for her upcoming Netflix film, The White Tiger, global icon Priyanka Chopra treated fans to a series of selfies from her late-night shoots and the Internet couldn’t have woken up to a better Tuesday motivation. The movie also stars actor Rajkummar Rao and fans have been waiting on the edge for the latest updates from their favourite ever since the lead duo shared pictures on the script-reading day.

Taking to her Instagram handle a couple of hours ago, Priyanka shared pictures where she can be seen donning a mustard sweatshirt and flaunting glittery makeup. Wearing a luscious shade of beetroot pink tint on her lips and golden glitter eye-shadow, Priyanka looked too glamorous for the wee hours of the night. The pictures were captioned, “Glam time.. #selfie #inbetweenshots #thewhitetiger @uday104 Hair @susanemmanuelhairstylist (sic).” 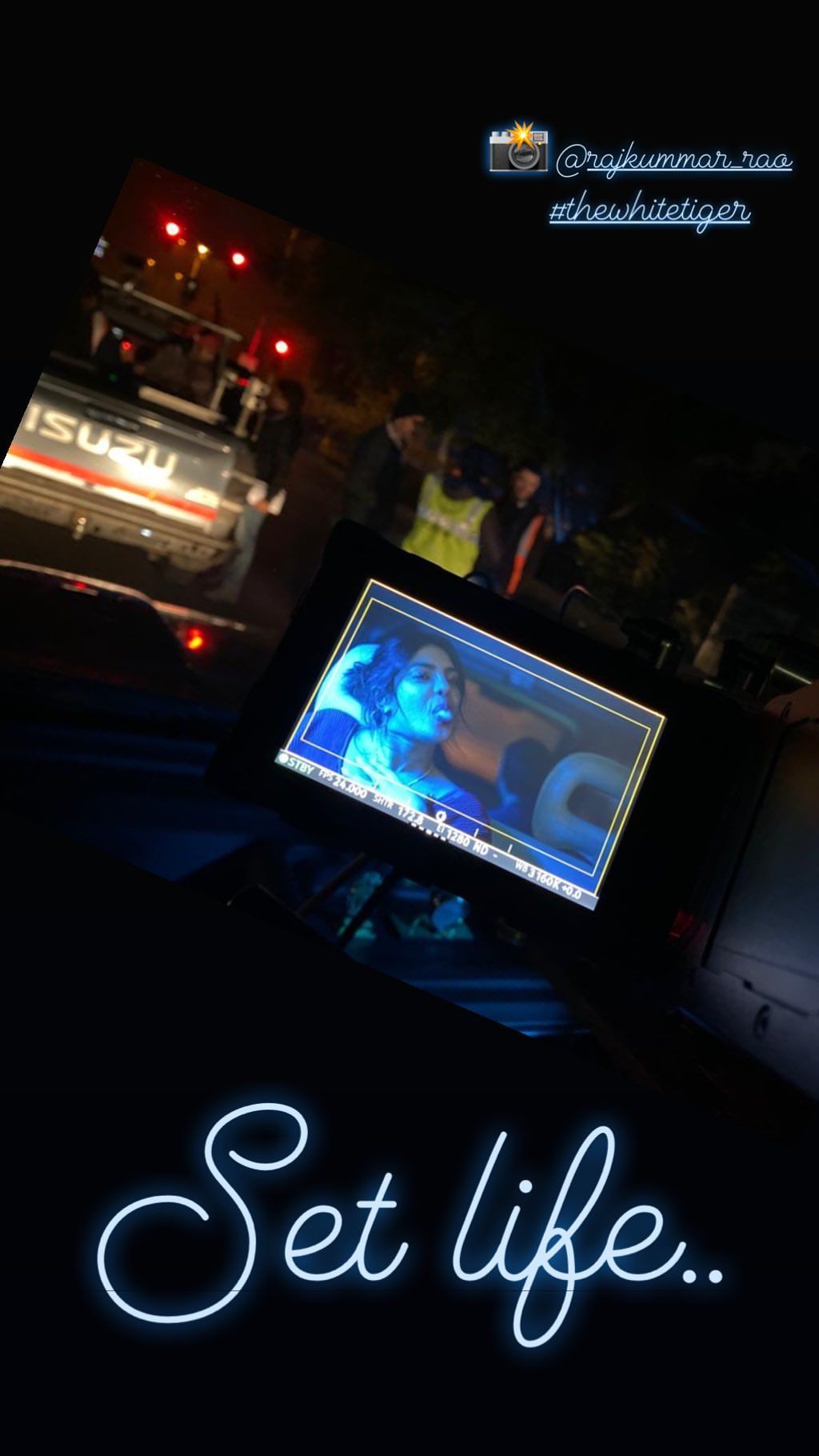 The film is based on Aravind Adiga’s prize-winning book by the same name. Both Priyanka and Rajkummar will be headlining the film and the shooting was slated to begin by the end of this year which, going by the PeeCee’s latest posts, seems to be underway as per the schedule.

Apart from starring in the film, Priyanka also joins the team as the executive producer. Netflix produces the film in association with Mukul Deora while director Bahrani also writes the screenplay. The White Tiger follows the extraordinary journey of a self-made man from a tea-shop worker in a village to a successful entrepreneur in a big city.