Priyanka Chopra and Nick Jonas got married in two grand weddings on December 1 and 2. The couple said ‘I do’ to each other at the lavish Umaid Bhawan Palace in Jodhpur. They also threw a stunning wedding reception yesterday, on December 4, in Delhi. The next wedding reception is expected to happen around December 15 in Mumbai where the who’s who from the Hindi film industry will be invited. After wrapping up their post-wedding festivities, the couple is likely to head for their honeymoon. As per a media report, Priyanka-Nick have planned to celebrate Christmas together on their honeymoon after they have hosted people to celebrate their wedding.

As reported by Pinkvilla, PC-Nick have decided to go for the honeymoon to an exotic foreign location during Christmas and New Year. Post which, PC will return home to shoot for her next film, Shonali Bose’s The Sky is Pink with Farhan Akhtar. The report says, “The team will take a short break during Christmas. That’s when Nickyanka will fly to an exotic location for their honeymoon. PC will leave the country around December 27 and return in the first week of January”. The report also adds that PC will be heading to Ahmedabad for the shoot of the film and once she has finished it, she has got another long holiday planned with Nick.

Meanwhile, expressing her happiness over getting married to Nick and how she’s looking forward to a new life ahead, Priyanka talked to IANS at her wedding reception. She said, “On a scale of 1 to 10 in happiness, I’m on 12. It’s all merry time… No time to be tired. And forever starts now…” 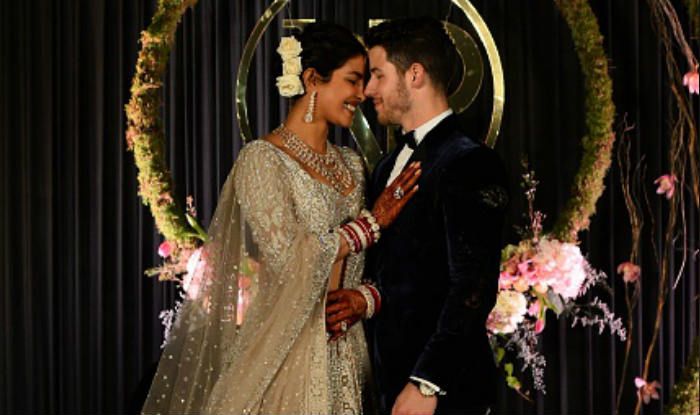 At the big event, which was also graced by the Prime Minister of India, Narendra Modi, the duo looked absolutely gorgeous in their well-coordinated looks. While Priyanka chose to wear a sparkly off-white Falguni & Shane Peacock outfit, it was a stylish black suit for Nick. Our hearty congratulations to the couple!