The makers of Mardaani 2 have released another official look of Rani Mukerji from the film. The actor can be seen in uniform as the tough cop Shivani Shivaji Roy. She looks fierce, confident and maintains her calm in the still. The teaser sure adds to the excitement around Mardaani 2. Check out the look here:

The film is being directed by Gopi Puthran and produced by Yash Raj Films. While the release date of the film isn’t yet revealed, Mardaani 2 is slated to hit the screens this year itself. Earlier, talking about the second film in the popular cop franchise, Rani told the media that she couldn’t wait to get on the sets of the film to begin shooting for Mardaani 2. She said that ever since Mardaani was released in the year 2014 and became successful, the audience wanted to see her in the role of Shivani Shivaji Roy again.

Without giving much away about the rest of the cast of the film, Rani mentioned that the villain in the second part is going to be even eviler and hateable. She was quoted in the media reports saying, “Shivani will face a cold, merciless villain who has no empathy, no fear of God and is pure evil. The character has been written superbly and I’m excited to find out who the actor will be.” 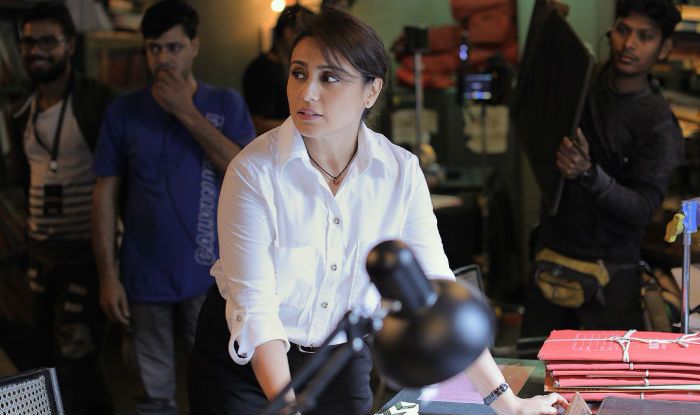 The filming of Mardaani 2 began last month itself. Another still of Rani surfaced then in which she was seen dressed up in a crisp white shirt and a pair of black trousers. The latest one is the first look in which she is seen proudly donning her khaki vardi. The director of Mardaani 2, Gopi Puthran, was the writer of the first film in the series. Rani recently revealed that Gopi has also written the script of Mardaani 2 and has done an ‘excellent’ job at that.