In the part where Salman Khan plays Chulbul Pandey in his 20s, he will be seen romancing the younger daughter of his good friend Mahesh Majnrekar - Saiee Manjrekar. Read on

Actor Salman Khan has taken onto himself to launch another new female face in Bollywood with his upcoming film Dabangg 3. The superstar has roped in actor-director Mahesh Manjrekar’s younger daughter Saiee Manjrekar to play his love interest in the film. A report in Mumbai Mirror reveals that Saiee will be seen opposite Salman in the lead in the prequel part of the film while Sonakshi Sinha plays his present wife Rajjo.

Directed by Prabhu Deva, the story of Dabangg 3 is divided into two parts – one in which the character’s childhood is shown as he grows up becoming Robin Hood cop Chulbul Pandey from a lovable local goon. The other part is set in the present time where Chulbul is fighting Kichcha Sudeep who plays the villain in the film. It is in the former part of the film that Saiee will be seen. The daily also reports that a romantic song will also be picturised on Saiee and Salman as the duo appears in their 20s.

The report quotes a source close to the film’s development saying, “She plays Salman’s love interest and her role is primarily in the prequel. However, life comes full circle as the character has relevance to the conflict Chulbul is battling in the present.”

Notably, Saiee’s father, Mahesh Manjrekar played the character of Rajjo’s alcoholic father in the first installment of the film in the year 2010. The source also suggests that it was Mahesh’s elder daughter Ashwami who was selected to play the character, however, she didn’t show any interest in becoming an actor. Saiee has already started pursuing her dreams of entering into the movie business. 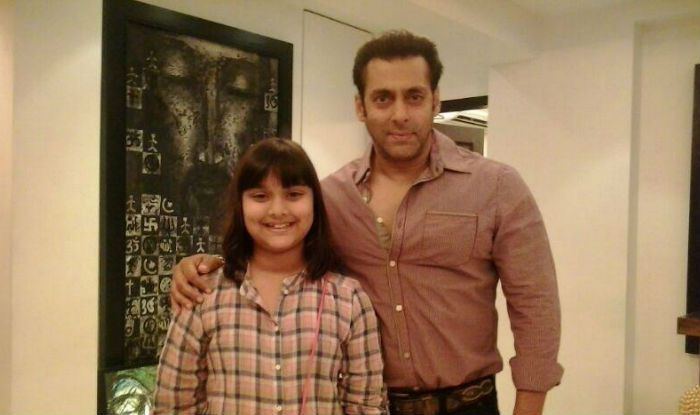 Currently, the film’s team is shooting in Phaltan which is on the outskirts of Maharashtra. The source also gave away an interesting detail about the villain in the film. It is reported that Sudeep’s character doesn’t look like a conventional villain but he runs like a parallel lead in the story. “His character is more like the parallel lead rather than the stereotypical villain. He starts off on a positive track but situations eventually turn him into the bad guy. He is involved in a Tom and Jerry fight with Salman and there are several confrontations scenes between the two,” the source explained.

Also featuring Mouni Roy in a special dance number and Arbaaz Khan reprising his old character of Makhee Pandey, Dabangg 3 is slated to hit the screens as a big Christmas release this year.