Shah Rukh Khan and his little kid, AbRam make for a cute father-son duo in Bollywood. The actor keeps on sharing the adorable pictures of his little munchkin on social media. But this time, not SRK but mommy Gauri has taken to share a lovely photo of the actor with AbRam and need we mention is all sort of amaze! The picture has the five-year-old planting a kiss on his dad’s forehead, making for a beautiful sight. We are glad somebody actually captured the moment!

The photo also shows Shah Rukh wearing a peaceful smile on his lips as his little one expresses his love for his daddy. What though caught our attention is that the picture seems coincidently similar to one of SRK’s Zero posters, where the actor is seen kissing Anushka Sharma‘s forehead. 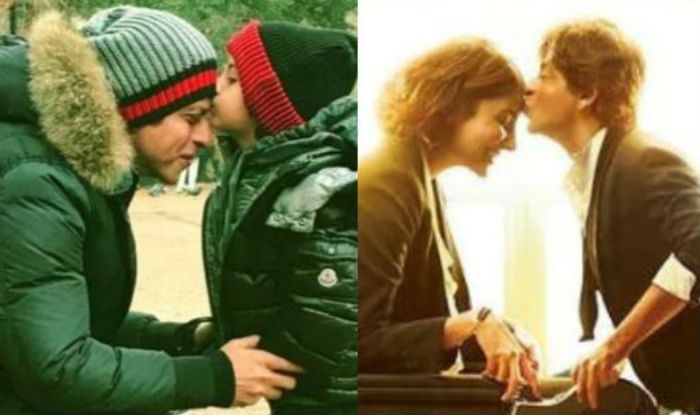 Sharing the picture, Gauri Khan wrote, “Can we just declare them the ‘sweetest’ couple in the world. #lovegoals #kissonforehead”.

Can we just declare them the ‘sweetest’ couple in the world. #lovegoals #kissonforehead

Earlier talking about his bond with AbRam in an interview with DNA, Shah Rukh Khan spoke with a lot of emotions. He said that his little kid is very protective of him and whenever he watches somebody hitting his father on-screen, he starts giving angry looks to the person in real life. SRK also shared that he gives many toys to AbRam because he himself wanted to play with every toy in the world when he was a kid. He said, “I try and get him all the toys because somewhere, it’s also a way of living my own dreams. Maybe, even I wanted those toys when I was a kid, but we couldn’t afford it back then. Now, when I play with AbRam, I live those moments which I wanted to, but possibly couldn’t”. 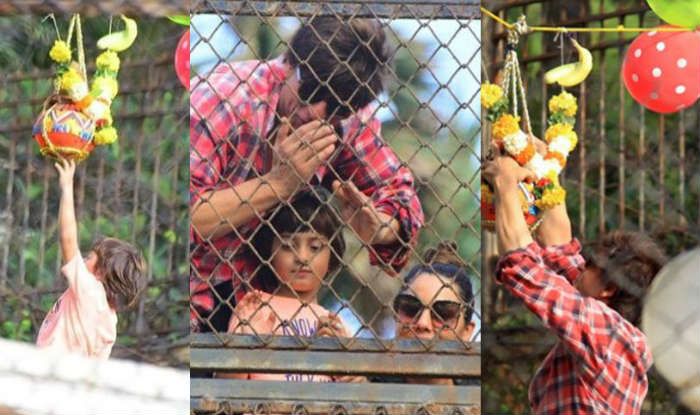 On the work front, Shah Rukh Khan is all geared up for his upcoming film Zero starring Anushka Sharma and Katrina Kaif. The film is helmed by Aanand L Rai and the trailer of the same was released recently. Zero is slated for release on December 21, 2018.