Mira Rajput captures her little munchkin Misha Kapoor's wide-eyed excitement from Peppa Pig-themed party and our day is made!

There are no better stressbusters than kids and as fans slog through the mid-week, Shahid Kapoor‘s daughter Misha Kapoor‘s latest pictures come as a much-needed virtual treat. Captured by mommy Mira Rajput, Misha and her dollops of cuteness look easily edible or what we feel from the recent set of pictures that Mira shared on her Instagram handle.

While in one picture Misha can be seen standing inside the multi-coloured balls pool alongside a mega-sized cartoon character from Peppa Pig series, captioned “dream come true”, another picture shows the two sharing a high five. The last picture shows Misha holding a blue ball, donning her cute little frock, sporting a curly pinned back ponytail and gawking in awe at the tall cartoon. The picture was captioned, “Thank you Ekta Aunty for a fun Peppa Party.” 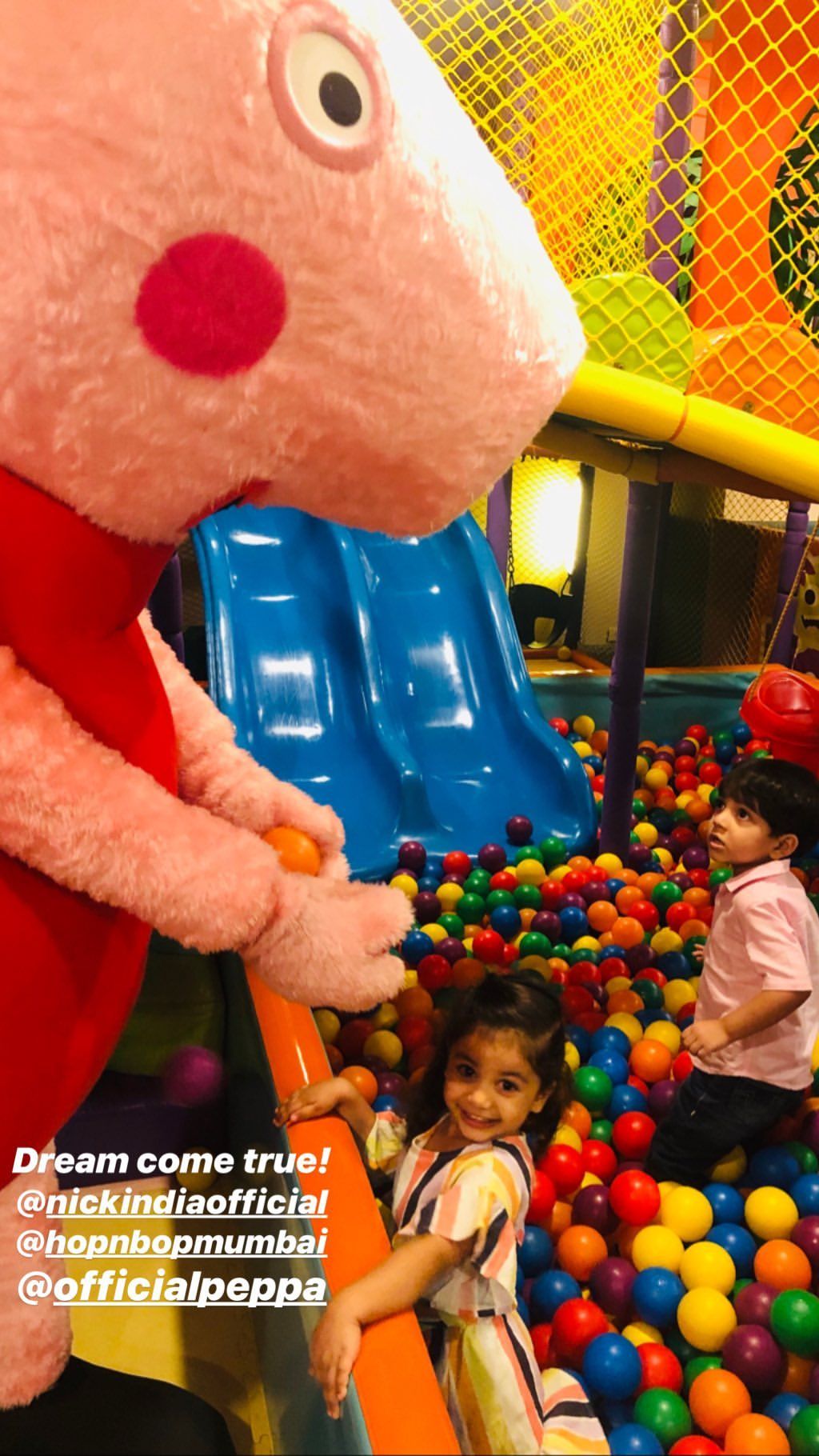 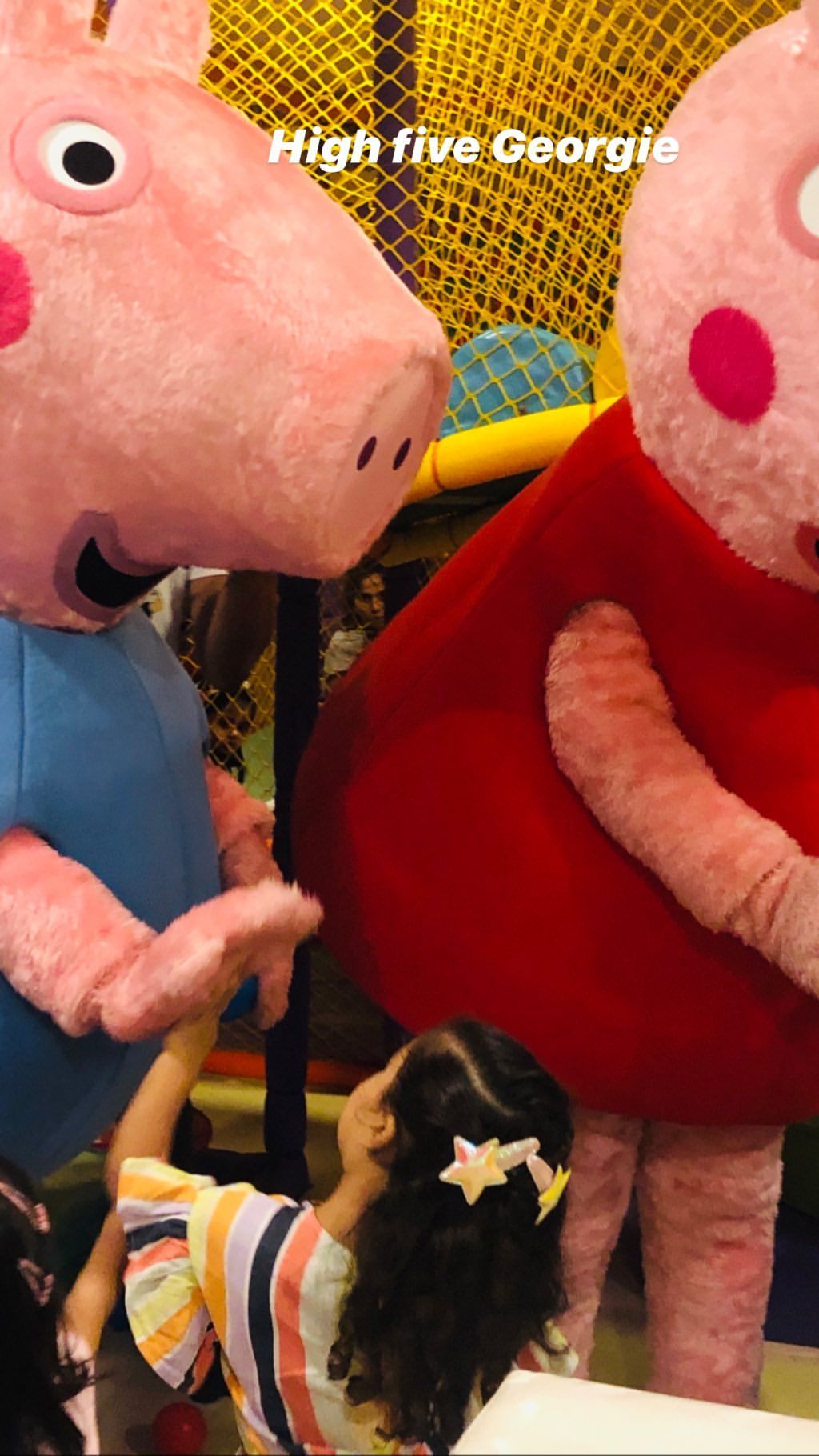 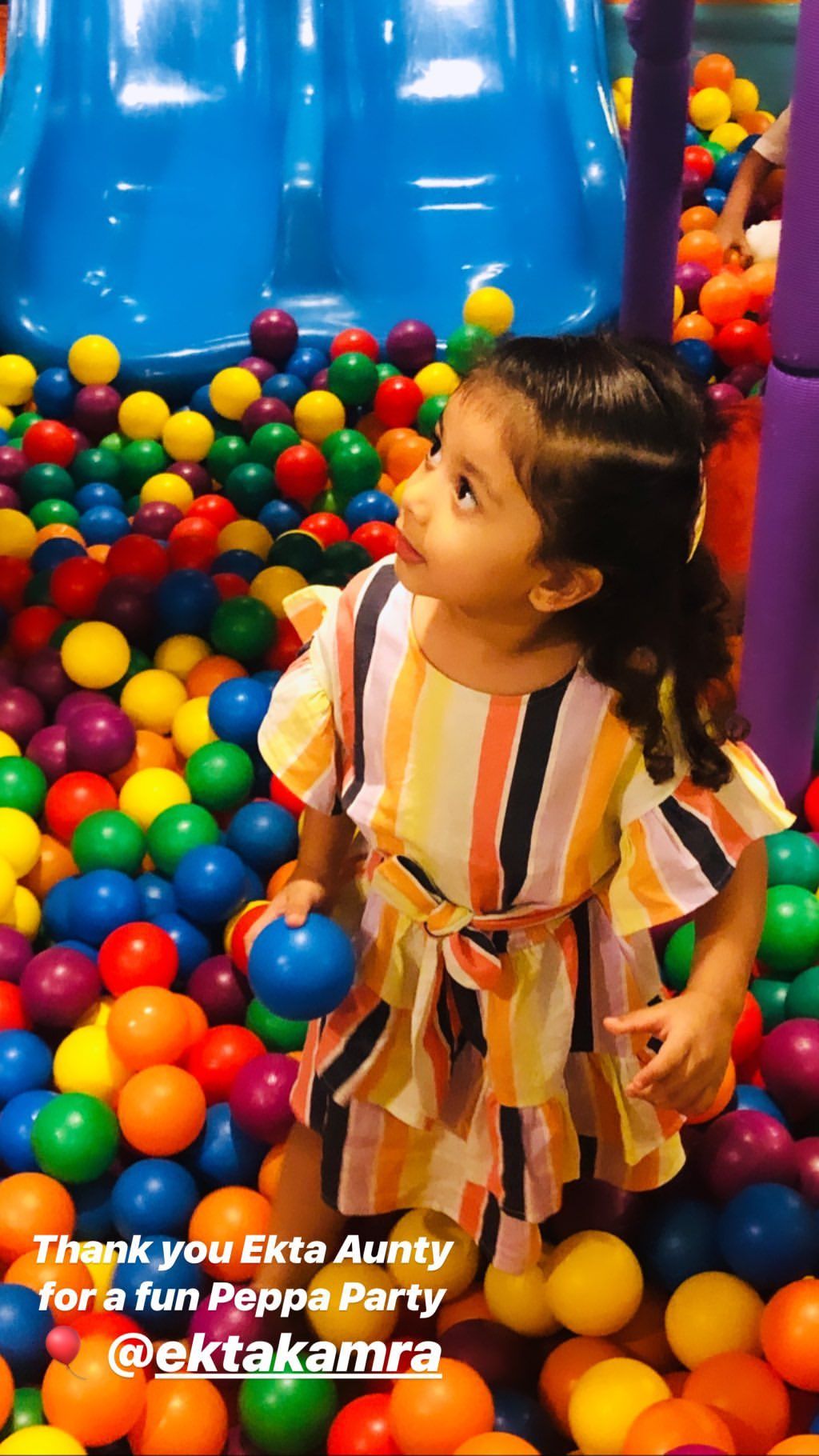 Misha was born to Shahid and Mira on August 26, 2016, a year after they got married on July 7, 2015. The couple then welcomed their second baby, son Zain Kapoor in September 2018. Both Shahid and Mira are doting parents to their kids and often keep their fans interested through various cute pictures of Misha and Zain on social media.

On the work front, Shahid is busy with the promotions of his upcoming film Kabir Singh that will hit the cinema screens tomorrow. The film is a remake of Telugu hit Arjun Reddy, directed by Sandeep Vanga and featuring Kiara Advani opposite the actor. The teaser of the film has been received well by the audience and fans can’t wait for the movie to be finally out.