Actress Taapsee Pannu and director Anurag Kashyap are uniting once again after their successful collaboration last year – Manmarziyaan. The two are now working together on a supernatural thriller, the details of which will be out soon. While promoting Manmarziyaan, both of them claimed they gel so well together that it won’t be a surprise if they find themselves coming together for another project soon.

The untitled next, which is scheduled to go on the floors by the year-end, has Taapsee in the lead. The director praised the actress and confirmed the news to a daily. He told Mumbai Mirror, “Taapsee keeps me on my toes and is on a mission to make me take on challenges. I have never done anything like this before, so I am looking forward to it.” Taapsee added that she knew they would reunite in the future but didn’t know it would happen so soon.

She told the daily, “I didn’t know it would happen so soon. We had been discussing stories and this one received a resounding ‘yes’ from everyone. I am looking forward to it as I have not explored the supernatural genre in Hindi films yet.”

The genre of supernatural thrillers isn’t much explored in the Hindi film industry. With Anurag-Taapsee coming on board together, the audience can expect good content backed by good performances. 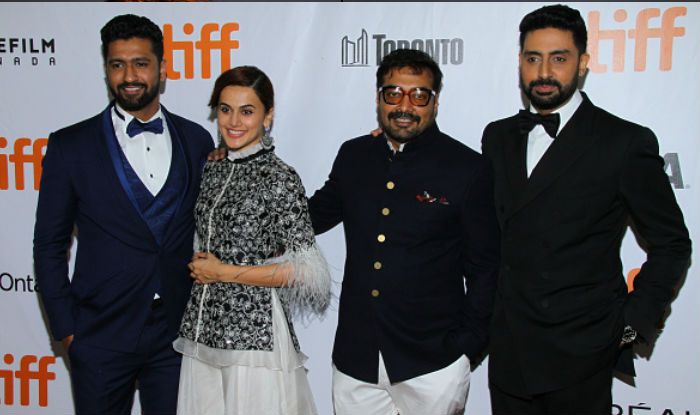 Meanwhile, Taapsee’s latest offering at the Box Office, Badla, with Amitabh Bachchan, is performing well. The film has received a positive response from both the critics and the audience. It’s a remake of the Spanish thriller The Invisible Guest and is directed by Sujoy Ghosh. The actress’ next is an Anurag Kashyap’s production, titled Saand Ki Aankh, in which she is featured alongside Bhumi Pednekar. Taapsee also has Mission Mangal, Womaniya and Tadka among others in the pipeline.