Little Taimur Ali Khan took part in the Janmashtami festivities at his residence in Mumbai. The latest pictures clicked by the paparazzi show Taimur trying to break the Dahi Handi in the premise of his building. His cousin Inaaya Naumi Kemmu is also seen at the celebrations. The pictures show the little munchkin flashing his million-dollar smile while climbing up a man’s shoulder in his attempt to break the Dahi Handi that symbolises the festival of Krishna Janmashtmi in Maharashtra. Neither Kareena Kapoor Khan nor Saif Ali Khan can, however, be seen in the pictures. One can though spot his nanny happily recording the cute moments in her phone. 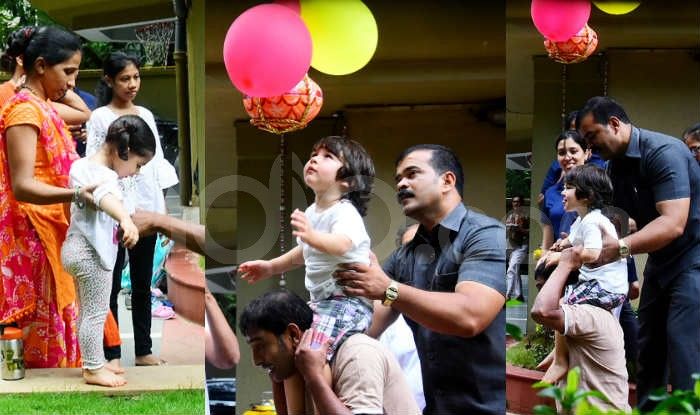 Taimur returned to India with his family a few days back after spending over a month in London where both his parents were shooting for their respective projects. The two-year-old kid was spotted trying his hands at cycling last evening. He could also be seen playing with his yellow coloured flying disc. Here are the pictures: 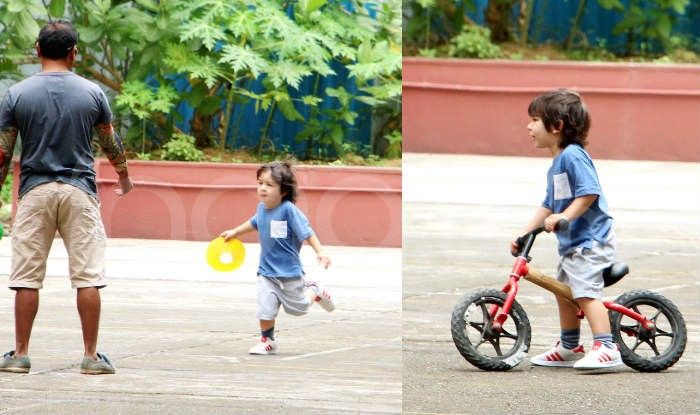 Meanwhile, Saif recently lashed out at the photographers for hounding Taimur outside their residence. A huge issue was reported earlier when the residents of Saif’s building complaint about the paparazzi creating a disturbance while clicking the kid at his place. Post which Saif asked the photogs to not station the cameras outside their building. He even shouted at them at the airport asking them to not use flash while clicking Taimur’s pictures as it could damage the kid’s eyes.