Sunny Deol, Bobby Deol and Dharmendra starrer Yamla Pagla Deewana Phir Se has released its latest song. It’s a melody of the 1973 iconic dance number, Rafta Rafta, which featured Dharmendra and Rekha. The third film in the YPD franchise has got a modified version of the song, which features Rekha, Salman Khan, Sonakshi Sinha, Shatrughn Sinha and the Deols burning the dance floor.

It starts with Salman and the He-man of Bollywood grooving to the song. The two are later joined by Sonakshi and the senior Sinha in some ‘Khamosh‘ style. Rekha and the other Deols appear at the end of the video and join the fun. O Mere Sona Re, Salaam-E-Ishq and Main Jatt Yamla Pagla Deewana are the songs which follow Rafta Rafta in the video. Watch it here:

One look at it and you realise no one can match Rekha’s swag even today. She looks graceful in every frame in the video. Her performance on the famous Muqaddar Ka Sikandar (1978) song takes the breath away. 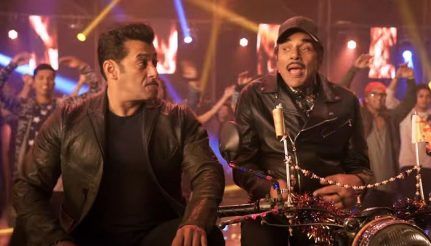