Sonam Kapoor Reliving Her Bridal Days in an Embellished Purple Lehenga at an Event in Delhi; Anand Ahuja Cannot Let go of Her Dupatta

Sonam Kapoor who got married to Anand Ahuja in May is often spotted flaunting their love for each other in the most adorable way. The duo was recently spotted in Delhi where Sonam walked the ramp for a jewellery brand.

Sonam is known for her fashion sense and the actor can carry off any outfit she wears with a certain poise. She wore an embellished purple lehenga which she teamed it with heavy jewelleries. What grabbed all eyes is when Anand too came to the frame. Anand was holding on to Sonam’s dupatta and refused to let go. The couple smiled for the camera while they were seen holding each other’s hands. 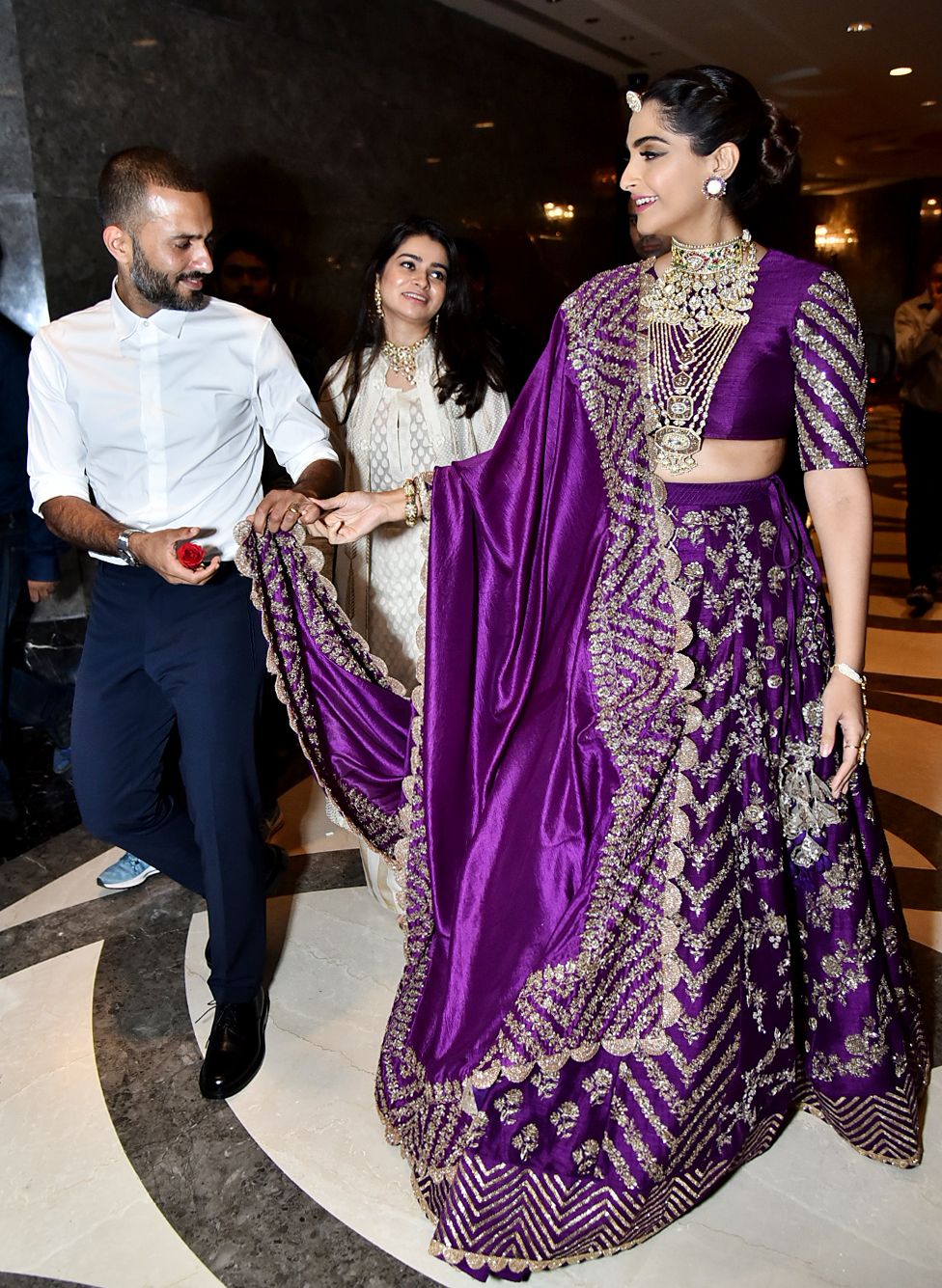 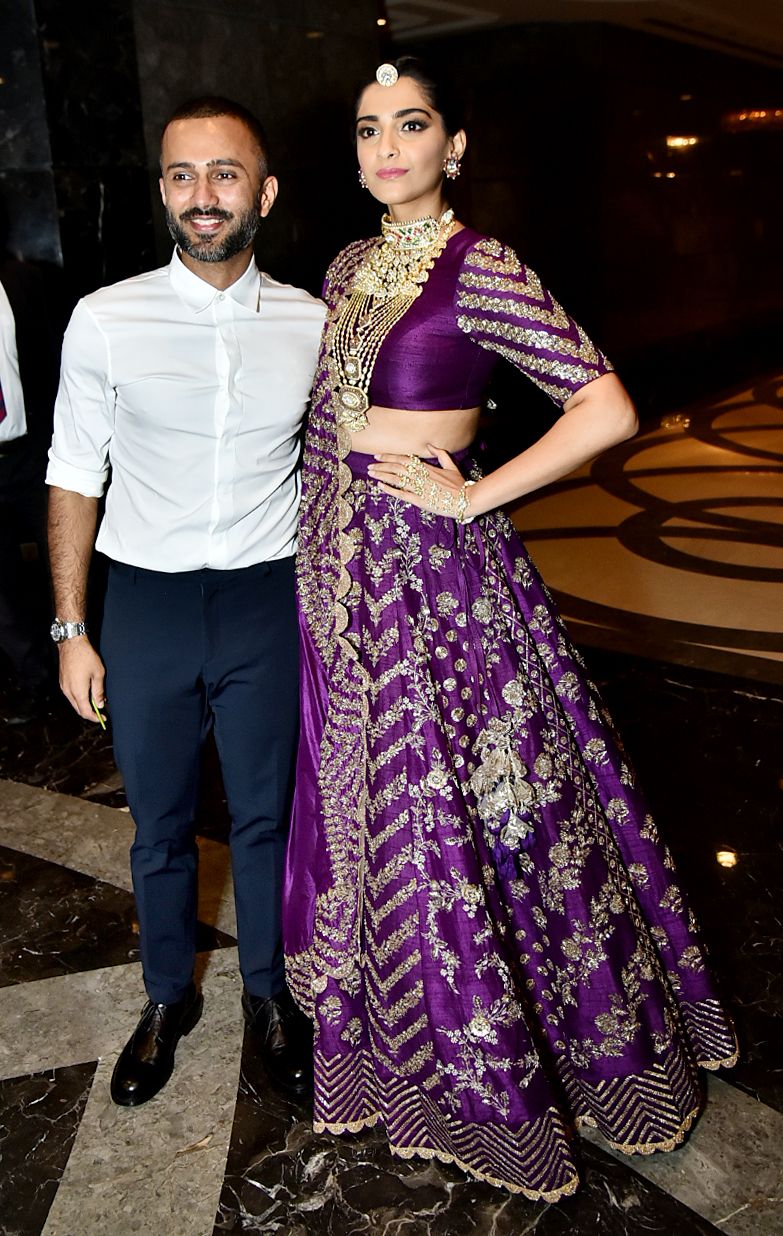 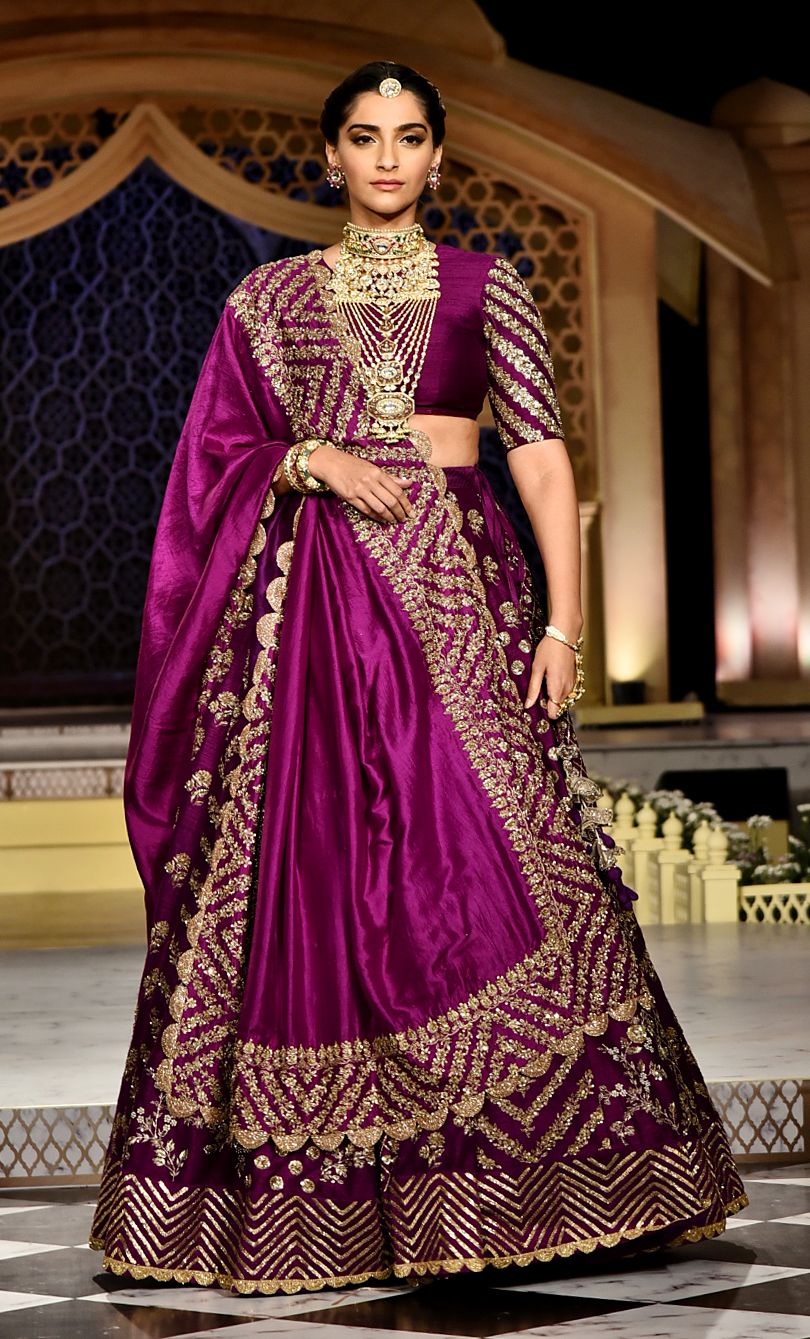 The couple got married in May this year and has been making headlines ever since. Their reception was a grand one where many celebrities were spotted in beautiful outfits.

Post Sonam’s wedding, she talked about her relationship with Anand to Vogue and said, “I was apparently wearing the worst sneakers he had ever seen. I keep telling him that he fell in love with me despite my bad sneaker game… That day, walking and talking in London, I knew he was the love of my life. He apparently knew the first time we spoke on the phone… It was just so easy”.

Anand too had something to share about his wife and said, “I can see both sides of a story, but I often get stuck in the grey zone. I sometimes need to be able to say no, and Sonam gives me the confidence to do that, she supports me. She’s intuitive and patient, I second-guess”.

On the professional front, Sonam has wrapped up the shooting for Ek Ladki Ko Dekha To Aisa Laga where she will be sharing screen space with her father Anil Kapoor for the very first time. She is even working on The Zoya Factor with Dulquer Salmaan.