The cousins twinned in pink and white today

Kareena Kapoor Khan is definitely on cloud 9 with the stupendous success of her comeback film. On the first day itself, the film has raked in Rs 10.70 crore, ranking as the third highest opening day grosser this year. The actress owes the success to her little munckin Taimur. During an interview with Rajeev Masand, she mentioned how Taimur has been a lucky charm for her as she was pregnant with him when she signed Veere Di Wedding and how he accompanied her to the shoot. While she is basking in the glory of her film’s success, Taimur has been spotted during the day shunting between his nani’s house and masi’s house. Earlier in the day, he was also spotted accompanying Kareena to the gym. He seems to be wanting to stay out of the house only these days.

Well, today even Soha Ali Khan was spotted outside Karisma Kapoor‘s residence with her daughter Inaaya in her arms. Dressed in pink and with a hairband around her head, Inaaya looking nothing less than a doll. Well, we wonder if aunty Karisma had been assigned baby sitting duties while the cousins had a play date. It’s been a while since we have seen Taimur and Inaaya in one frame and we are literally craving to see the two adorable munchkins together. It was Soha who had shared a pic of the two sharing a ride in Taimur’s toy car, earlier this year and unfortunately it has been the first and the last time till now that we have seen so much cuteness all at once. Well, take a look at these two cutie pies below : 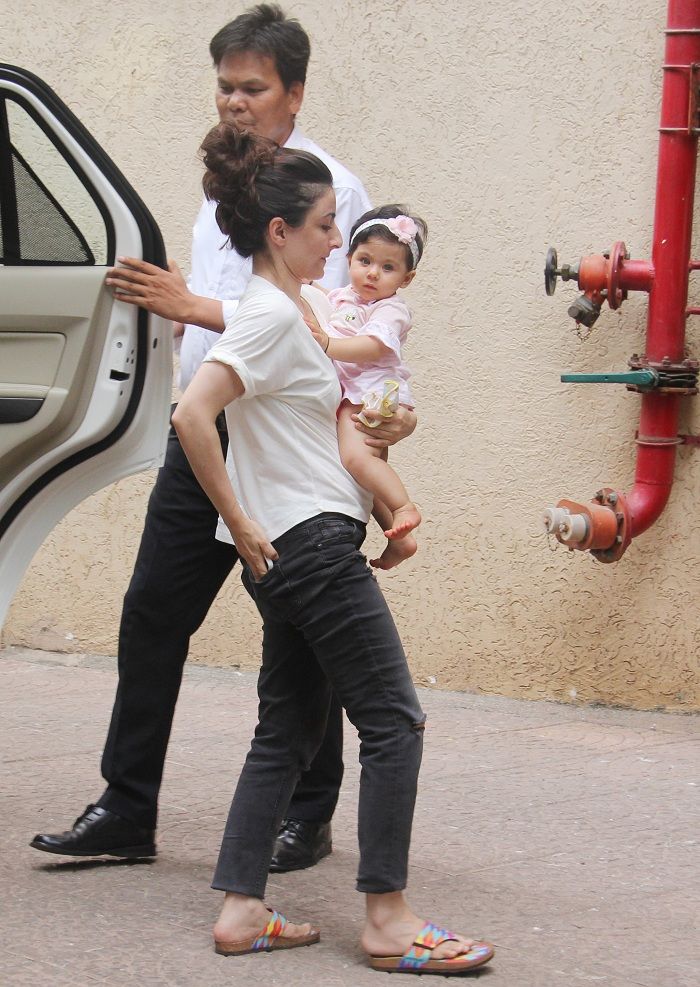 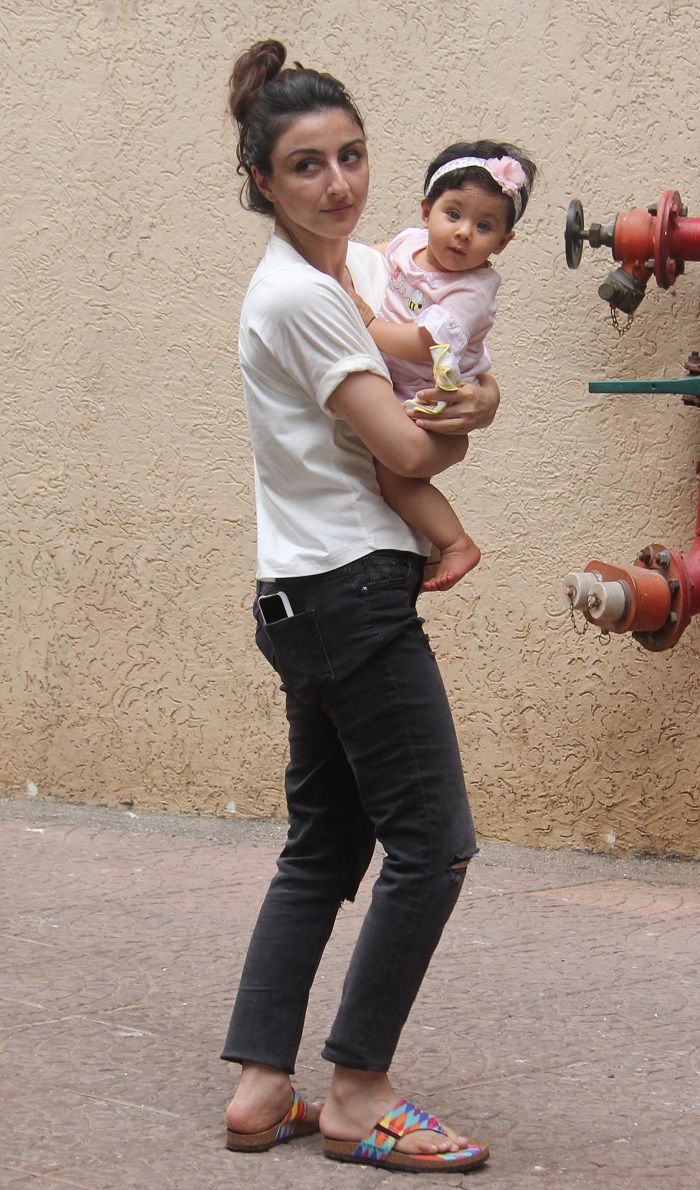 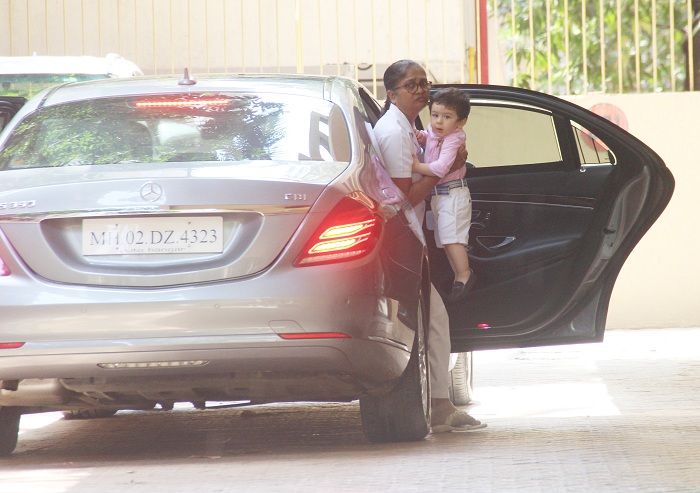 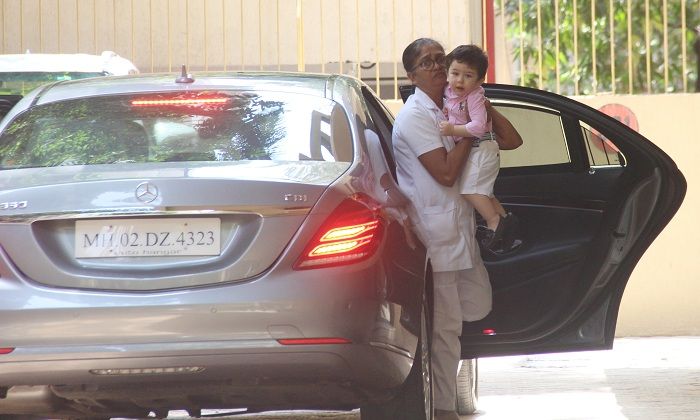 Incidentally, both were dressed in a combination of light pink and white, which completely matches their complexion. Well speaking about the comparisons made between Inaaya and Taimur, Soha recently told The Indian Express that it doesn’t bother her. “You know, I am someone who has lived in the public eye. Comparison is something that people love to do. I was compared to my mother, my brother to our father and me to my brother. Now, Taimur to Inaaya. People enjoy it. I come across Instagram posts of Inaaya and Taimur’s picture together and they ask ‘which baby is cuter?’ It is ridiculous but people comment too. This is human nature. You just have to laugh at it as much as you can.”