Here are the latest pictures from Kareena Kapoor's Christmas party that saw may prominent faces from the industry making a stylish appearance at Bebo's residence. Ranbir Kapoor-Alia Bhatt, Arjun Kapoor-Malaika Arora and others were top on the list.

Another couple who was present at Kareena Kapoor Khan‘s Christmas party apart from Ranbir Kapoor and Alia Bhatt was Arjun Kapoor and Malaika Arora. The couple contrasted their outfits in black and red and even though they didn’t pose together, it was evident how Arjun started becoming a part of Malaika’s group of friends.

For the party, Malaika made sure all eyes were on her. She dressed in a red lace pant-suit and flaunted some decolletage, looking absolutely striking. The actor added her heart-shaped bag to the look that she seems to have reserved for her Christmas special outings considering she was seen rocking the same bag to Kareena’s Christmas party last year as well. 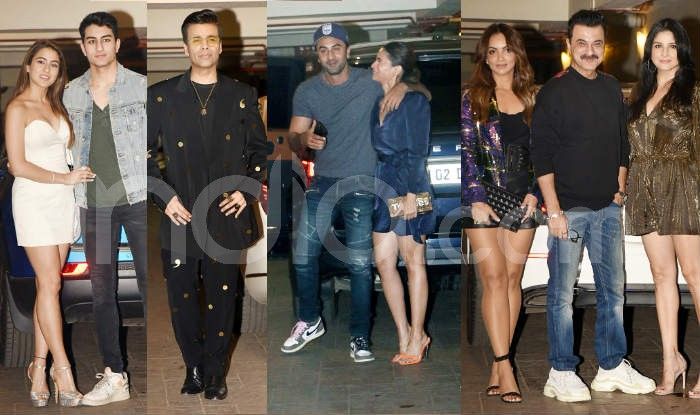 The actor and her beau were joined by the other members of their groups namely sister Amrita Arora and filmmaker Karan Johar. Kareena also invited the members of the family and Sara Ali Khan arrived with brother Ibrahim Ali Khan at Bebo’s residence. Actor Sanjay Kapoor and Maheep Kapoor were also in attendance with Seema Khan. Ranbir and Alia’s common friend Ayaan Mukerji was also seen with another friend posing for the paparazzi. Check out these pictures: 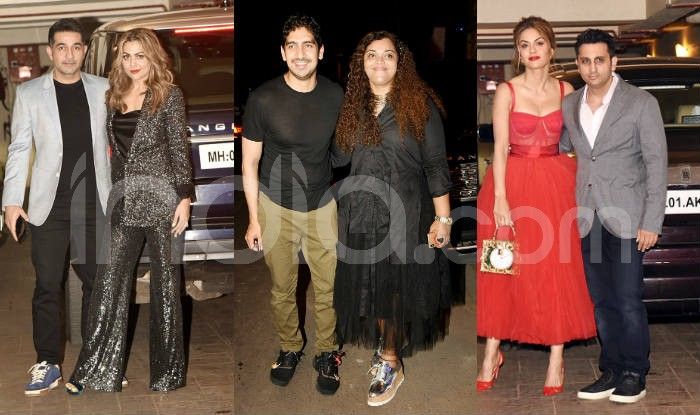 Kareena’s house party on Christmas is one of the most awaited parties in Bollywood. The actor and her husband are known to be a generous hosts for their family and friends on the eve of December 25th every year.