In a video that recently went viral, Saif Ali Khan was seen pulling down the arm of a man who hounded him and Taimur for a selfie at the airport. Now, the actor reveals he is thinking of getting extra security at the airport. Read on.

Actor Saif Ali Khan has revealed that he is going to beef up the security for his family at the Mumbai airport. In his latest interview with a daily, Saif said he can’t have people ‘stepping on’ his son Taimur Ali Khan or let them run behind the kid for a picture. Recently, a video showing Saif’s family coming out of the airport went viral in which he was seen pulling down the arm of a man in a gesture to protect Taimur. Now, Saif revealed that he has to constantly keep finding new ways to protect his family at the airport where ‘people trample you’ in an effort to get a picture clicked. 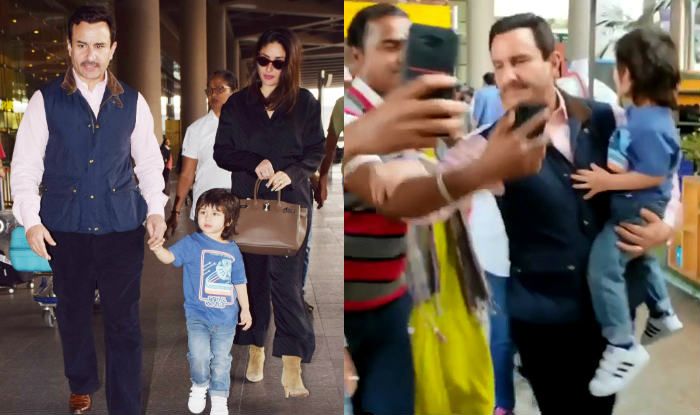 Saif was speaking to Mumbai Mirror about his upcoming films, his time with family and bringing up Taimur when he talked about the airport hustle. The actor, who’s currently basking in the success of Tanhaji: The Unsung Warrior, added that people running after him and Taimur for pictures don’t realise that it’s ‘offensive’ and as a parent, it’s his duty to protect his child and family. Saif was quoted as saying, “One of the worst places to be is a couple of feet behind a Bollywood celebrity because people will trample you, your parent and child, to get a picture. They are not bothered if it’s offensive or intrusive. Maybe I will get some extra security for us at the airport next time because I don’t want anyone stepping on my son.”

The actor went on to agree that this ‘intrusive’ lifestyle is one of the disadvantages of being a celebrity and he understands that he has to take it in his stride somewhere considering he enjoys the advantages as well. Saif said he, like other celebrities, knows what ‘landing in Mumbai is all about’ and he has to be better prepared for the same.