How hot is Fawad Khan here?

In November last year, a picture of Fawad Khan went viral. He was at the gym and his grungy look and pumped up body made is all go drooling. He was clicked with yet another Pakistani hottie – Mikaal Zulfiqar and reminded us of Prabhas from Baahubali at first. And now, we have another latest picture from the gym where the actor is looking beefier and hotter. Fawad has been sweating it out in the gym and the results are here for everyone to see.

In the current picture, he is seen posing with singer, actor Mohsin Abbas Haider. We have both the pictures below so that you can compare and see Fawad’s transformation yourself. On the work front, the actor is currently busy shooting for Maula Jatt 2 where he pairs up opposite Mahira Khan and as per reports, is also getting ready to make his online debut with a web series. It is touted to be a family drama, with five episodes and the actor has already given his nod for the same. ALSO READ: After Zero, Shah Rukh Khan To Begin Work On Don 3? 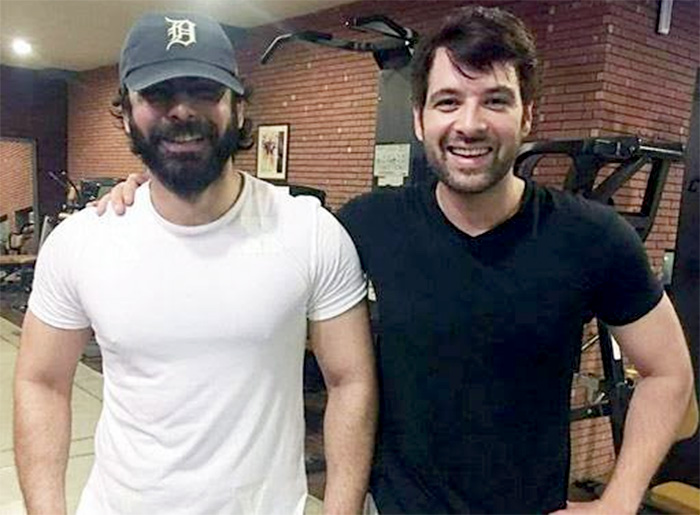 Fawan Khan with Mikaal Zulfiqar in a picture from November 2017 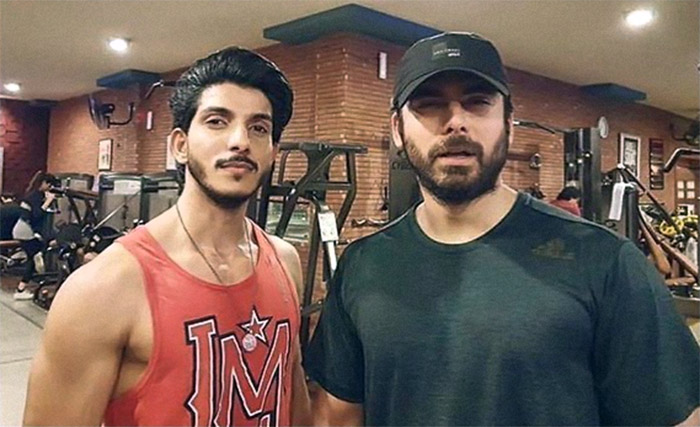 Fawad with singer, actor Mohsin Abbas Haider from a latest picture in the gym

Fawad is one of the most loved stars in Pakistan and after his Bollywood debut, his fan following has grown many folds in India as well. After playing the Prince charming in Khoobsurat (2014) , he went on to play the very handsome and homosexual man in Kapoor & Sons (2016). Recently, producer Karan Johar revealed how he had approached at least six Bollywood actors for the role, before going to Fawad. He said that no one agreed to play a homosexual on screen. This just goes on to show how confident about himself, his fans and his performance Fawad is and how he has a wonderful conviction when it comes to choosing films.

We can only wish that we get to see him regale us on the big screen in a Bollywood film again, soon. What a delight it would be! Haina?