Gautam Rode Engaged To His Suryaputra Karn Co-Star Pankhuri Awasthy, To Get Married Next Year

Marriage on the cards for Gautam Rode.

Gautam Rode, who shot to fame with Star Plus’ popular serial Saraswatichandra and has starred in a few successful male-dominated shows like Mahakumbh and Suryaputra Karn, among others, is engaged. Yes, the actor recently got engaged to his longtime girlfriend Pakhuri Awasthy, who garnered popularity for her character on the show Razia Sultan, met Gautam on the sets of Suryaputra Karn and instantly hit off. This 40-year-old actor had recently given an interview to Times of India, where he had said that he will be settling down soon but who expected this soon.

Gautam is one of the most eligible bachelors of television and the news that the actor has been engaged had certainly broken the hearts of his female fans. In a statement to Bombay Times, a source close to the couple said that they had a small roka (engagement) ceremony in the presence of their family and near and dear ones. The couple has been so discreet about their private life and denied all the rumours of them dating. Well, now it has been confirmed that marriage is on cards soon for the actor as the actor told the daily that he feels too lucky to have found a partner in Pankhuri. He said, “We share the same wavelength and she has fit into my family perfectly.” Awe, couple goals, isn’t it? ALSO READ: (Despite Sushant Singh Rajput’s Exit, Producer Bunty Walia Optimistic About RAW?) 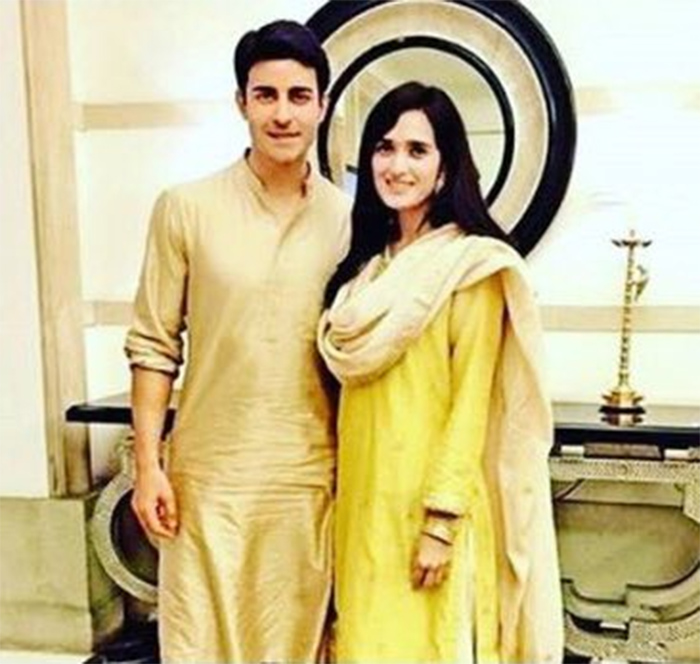 Gautam and Pankhuri have been together for almost two years now. The duo has decided to get engaged during Diwali, making it special for their dear ones. The bride-to-be, who is extremely happy to have found her soulmate, said, “We have taken the first step. The families have wholeheartedly welcomed our union. In Gautam, I have found the answer to all my dreams. I’m eagerly looking forward to the most important phase of my life.” Speaking of their upcoming wedding, the actress added, “Our families will sit together and decide the date. It will be sometime next year.” Are you hoping to get to hear wedding bells? Next year it is!