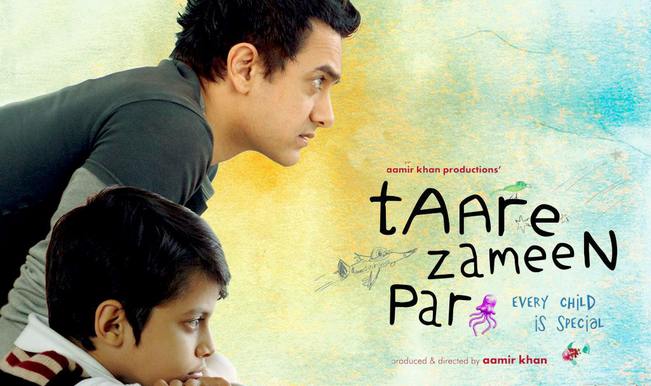 Rivona (Goa), July 17: In despair and puzzled by the aggression of their schoolmates’ parents, 23 students from a South Goa school, branded HIV+ve, are falling back on Aamir Khan’s blockbuster film Taare Zameen Par for inspiration and solace.

The students aged 6-15 of a Church-run orphanage located in Rivona, a mining village 55 kms from Panaji, who have triggered a stand-off between the authorities of the Fatima High School and the state government on one hand and a section of the school’s Parents Teachers Association (PTA) on the other, are also being counselled to cure their despair and trauma caused by social rejection.

The Church and the orphanage insist that the students are not HIV+ve and that they are being targetted because 13 other students from the orphanage, who tested postive, have been removed from the school.

“We are showing them films like Taare Zameen Par and other children’s films in English and Hindi to inspire them and keep them cheerful,” Sister Alphonso Porathur, who runs the Nitya Seva Niketan, an orphanage which has many orphaned HIV+ve children, also located in Rivona.

Taare Zameen Par, is an award-winning Bollywood movie based on the travails and subsequent triumph of an autistic student. The film was India’s entry for the Oscars in 2009.

Confidence among the 23 students has been sapping in face of the events that have played out in the recent past and Alphonso claimed that they were being adequately counselled.

“They are more worried that the parents were shouting at us, rather than the problems they faced themselves. They keep asking us, ‘Are we HIV+ve too?’ Then why are they treating us like this,” Alphonso told IANS.

The parents on the other hand stand firm. Four days after threatening to withdraw their wards from school, if the 23 students continued in school. By Tuesday evening, the school had received requests for 19 school leaving certificates.

“They want the certificates so that their wards could be admitted to other schools. There are more on the way, if the PTA is to be believed,” a school official said on condition of anonymity.

The school had succumbed some days back when the 13 HIV+ve students from the same orphanage, were forced to leave. They have since been secretly admitted to another Church-run institutions. The parents claim they aren’t against the 23 children, but add that they simply cannot “risk” their children’s health.

“If these 23 students are not withdrawn from the school, we will shift out children to another place. I have already applied for my (school leaving) certificate here,” says Ana Rodrigues, whose two children study at the Fatima High School, in classes II and VII. “They have already shifted 13 HIV+ve students earlier. Why can’t they shift 23 more to another school,” she asked while speaking to IANS.

Rodrigues claimed that she is well aware of AIDS and how the disease is contracted, but threw up possible scenarios in she claimed the worst could be feared.

“Imagine one of the HIV+ve 23 students falls down in an accident in school and bleeds and then one of my children reaches out to help. Or imagine if my child has an exposed wound and there is contact with the HIV+ve students. Imagine what will happen,” Rodrigues asked.

Still, both the orphanage and Church authorities insist that none of the 23 students are HIV+ve.

“None of them are HIV+ve. We tried to allay the fears of the parents about HIV. Some seemed to be convinced. We also informed them about a Supreme Court judgement that says that there cannot be discrimination against these students,” Fr. Maverick Fernandes, a Church official involved in the negotiations with the parents, told IANS.

This is the fourth school, this year, where the students of the orphanage have faced resistance.

The 13 HIV+ve students and the 23 others had been studying under the aegis of the central government-sponsored Sarva Shiksha Abhiyaan scheme and were being taught at the Orphanage itself until this academic year.

Even as the standoff continues, the state education department, Child Rights Commission officials and Church and school authorities are expected to soon meet again to resolve the crisis.