Shahid Kapoor’s mom, Neelima Azeem, feels that his performance in Haider is his career's best performance. The actor’s mom got a chance to watch the film just a couple of days back and when s 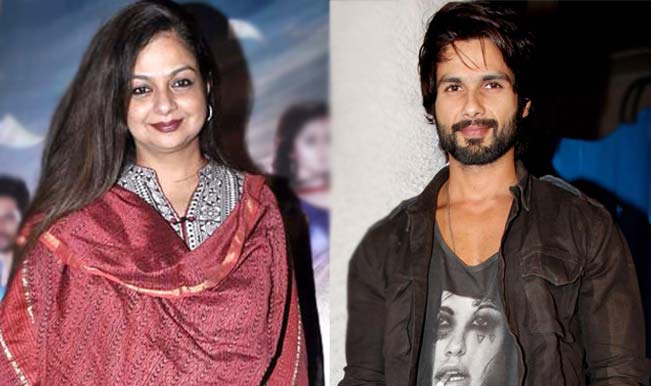 Shahid Kapoor’s mom, Neelima Azeem, feels that his performance in Haider is his career’s best performance. The actor’s mom got a chance to watch the film just a couple of days back and when she watched it, she was out of words to explain how much she loved him in the film. All she did was gave Shahid a warm hug to express her feelings.

Haider, which is an adaptation of Shakespeare’s Hamlet focuses on the relationship between a son and a mother. His mom felt that Shahid deeply got into the skin of the character and his performance was beyond engaging.

Shahid’s mom has said that this performance of Shahid will always remain extremely special and close to her heart forever. When contacted Neelima, she said, “Shahid has carried the film on his shoulders as it is his story. With Haider, he has delved deep in the role and emerged as a multi layered actor. He wins in his graph. What stays with you are his eyes. They are so prominent. It is a very difficult role that he has played. He is not Shahid Kapoor in even one scene. I am extremely proud of him not just as his mother but also as an actress.”

She further adds, “What sets a great actor apart from the other actors are his unique and extraordinary choices. And with Haider, Shahid has made the correct choices.”