Indian cricketer Hardik Pandya announced his engagement with Natasa Stankovic on Tuesday, January 1. Here's everything you need to know about the girl who's an ex-Bigg Boss contestant and a popular Serbian model.

Hardik Pandya and Natasa Stankovic are the new entrants on the list of Indian cricketers who married Bollywood divas. Natasa is a Serbian model who moved to India to try her luck in the Hindi film industry. The pictures of Natasa posing with Hardik are currently doing the rounds on social media. From what it seems, Hardik proposed to Natasa on a private yacht in Dubai and of course, the woman said yes. Natasa is yet another name to the list of female actors in India who fell in love with cricketers. Anushka Sharma, Hazel Keech, Sagarika Ghatge, Geeta Basra and Sharmila Tagore among others are a few Indian actors who tied the knot with famous Indian cricketers.

Natasa Stankovic entered Bollywood with Prakash Jha’s film Satyagraha in 2013. She had a small role in the film. Later, Natasa participated in the reality show Bigg Boss season 8 where she got evicted in a month. During her stay inside the house, she emerged as one of Salman Khan’s favourite contestants. Natasa then went on to make special appearances in films and TV shows.

She once again rose to fame by appearing in Badshah’s songs Bandook and DJ Waley Babu. She also did a special dance number, a modified version of Mehbooba from Don, in Fukrey Returns. Natasa was also seen in a cameo in Shah Rukh Khan’s film Zero in 2018 that also features Anushka Sharma and Katrina Kaif in the lead. The 27-year-old beauty was last seen alongside TV actor Aly Goni in Star Plus’ reality show Nach Baliye 9. 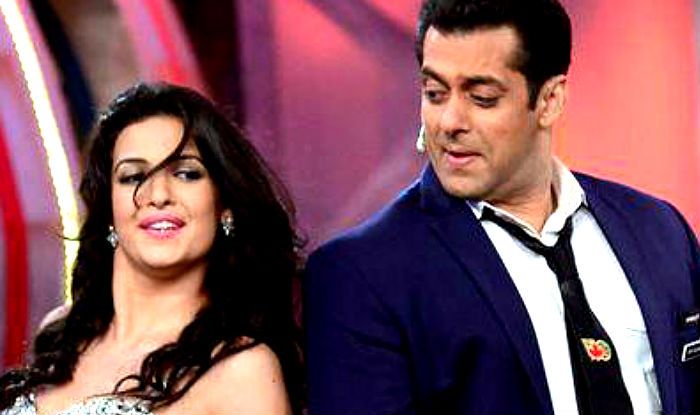 Natasa dated Aly for a long time and that’s how she got to participate in the popular dance show that had ex-couple as contestants. The announcement of Natasa’s engagement with Hardik comes as a surprise to many as she and Aly were seen hinting at reconciling their relationship during their journey on Nach Baliye 9. As is, we wish Natasa and Hardik the best for their future!